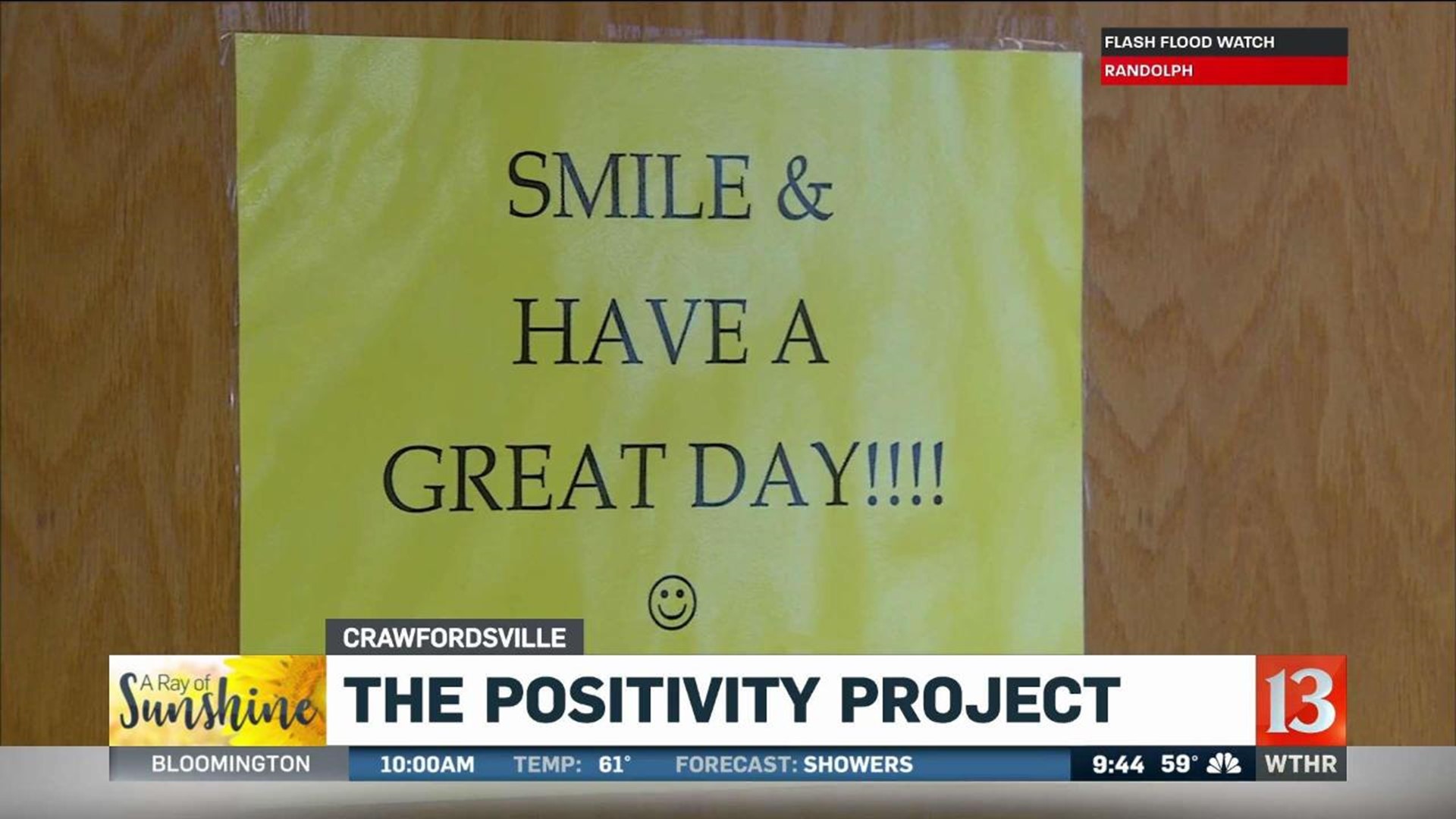 CRAWFORDSVILLE, In. (WTHR) - Always be a pineapple. Stand strong and always keep your crown on. That's one Crawfordsville student's favorite quotes right now. She loves positive messages, and she believes sharing those messages throughout schools in Indiana will be a much needed ray of sunshine.

In between class at Crawfordsville High School, 16 year olds Sydney Spencer and Emma Curran focus on teaching an important life lesson, which is the true power of positivity.

"I think that's my attitude towards everything is to just make it as positive as I can," said Sydney Spencer.

With that in mind, Spencer created "The Positivity Project." She wants to spread positivity by placing encouraging words throughout schools in Indiana.

"So there's going to be things such as smile," said Emma Curran. "Or like have a good day."

"You've got this," said Spencer. "Let's have a good day. Smile. Don't forget you're not alone."

Both Spencer and Curran say something like this would have really helped them. They've dealt with bullying all their lives, and the bathroom has always been a place to escape, which is why they want to make sure they put positive quotes on the bathroom stalls and mirrors.

Curran added, "Just make sure people aren't bullying each other or putting each other down. And starting them at a younger age so we see that more smiles and happiness in our high schools as well."

"It's just a way for me to help someone else out because I know if I would have had it would have helped me out a lot in my younger years," said Spencer.

Spencer and Curran are in the very early stages of this. They hope to have all the decals up in their school by fall break. The next step is to have all Crawfordsville schools done by summer. It doesn't stop there. Spencer wants this to catch on in schools all around the state.