On the southern edge of Marion County — between downtown Indianapolis and Greenwood — is the city of Southport. It's a small community that encompasses about seven-tenths of a square mile, with a t... 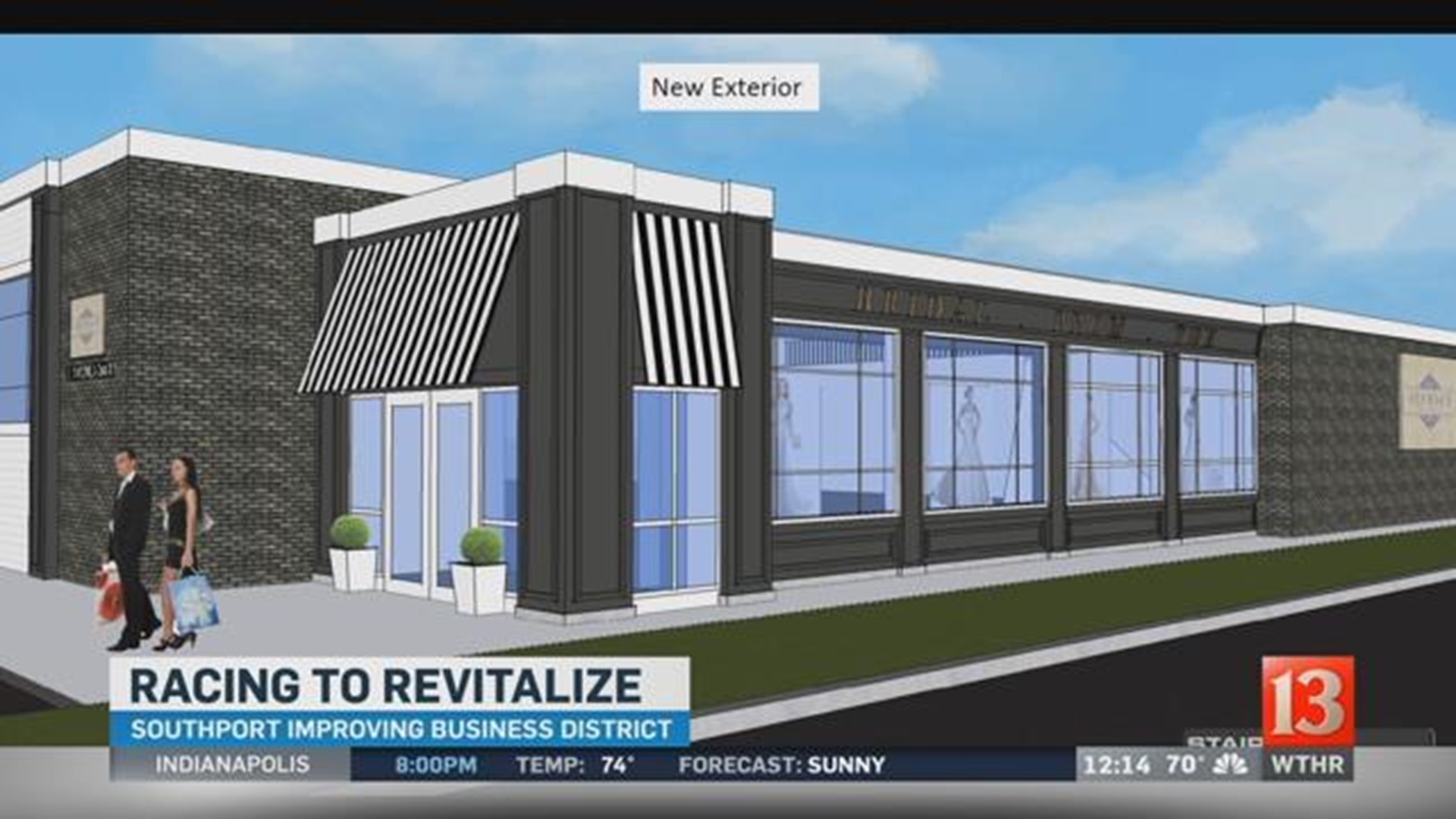 On the southern edge of Marion County — between downtown Indianapolis and Greenwood — is the city of Southport.

It's a small community that encompasses about seven-tenths of a square mile, with a two-lane road as its Main Street.

Although it was one of the first communities to be incorporated in the city, there's not much to distinguish it today. But, that's about to change.

"Southport is going to be amazing," said Jessica Limeberry, one of the people leading the change in Southport.

Construction is already underway on Sophia's Bridal, the business Limeberry and her husband own. It's relocating to the federal post office building that's sat vacant for more than 20 years in the downtown business district of Southport.

She's referring to city officials, including a recently formed redevelopment commission, who've been working the past four to five years on making major changes to the downtown business district.

Duane Langreck, who leads the redevelopment commission, said, "We want walkable. We want people to want to ride bikes here."

They want a better quality of life for the people who live there and to attract new people to the area.

It's already happening in big ways.

According to Limeberry, Sophia's Bridal brings in a lot of out-of-town business with brides searching for the perfect wedding gown.

And she's not the only one.

Next door to her new location on Southport Road, Rennaissance Electronics and its 150 employees are moving in to the former site of Gerdt Furniture.

Across the street, another old eyesore — an old lumber yard — will soon make way for 93 apartments catering to the 55 and over crowd, as well as retail.

"I think once the apartments go up and people really see we've made some big steps as far as redevelopment, more will come," said Southport Mayor Russell McClure.

"Its an iceberg, I tell people," McClure said. "They're seeing the tip of what's starting to happen, but what they don't realize is there is this much work underneath that's holding it up."

While it may be a challenge to get the ball rolling on redevelopment, it's a must for any size community.

"We're in competition with the rest of Marion County and Indianapolis,' McClure said. "So we have to work extra hard to lure and get more interest from developers to move to Southport, to realize it's a nice community. It is walkable. There is a lot of population here that can support the businesses."

Restaurants, more shops, even a walking trail are all part of a bigger plan to change the landscape, but not the feel of this small community.

"We really like the cohesiveness of the neighborhood," McClure said. "(There's) kind of a nice hometown feel here that's really attractive."