Tornadoes that ripped through central Indiana this week were more than unprecedented. They support a startling and possibly scary discovery by Purdue researchers. 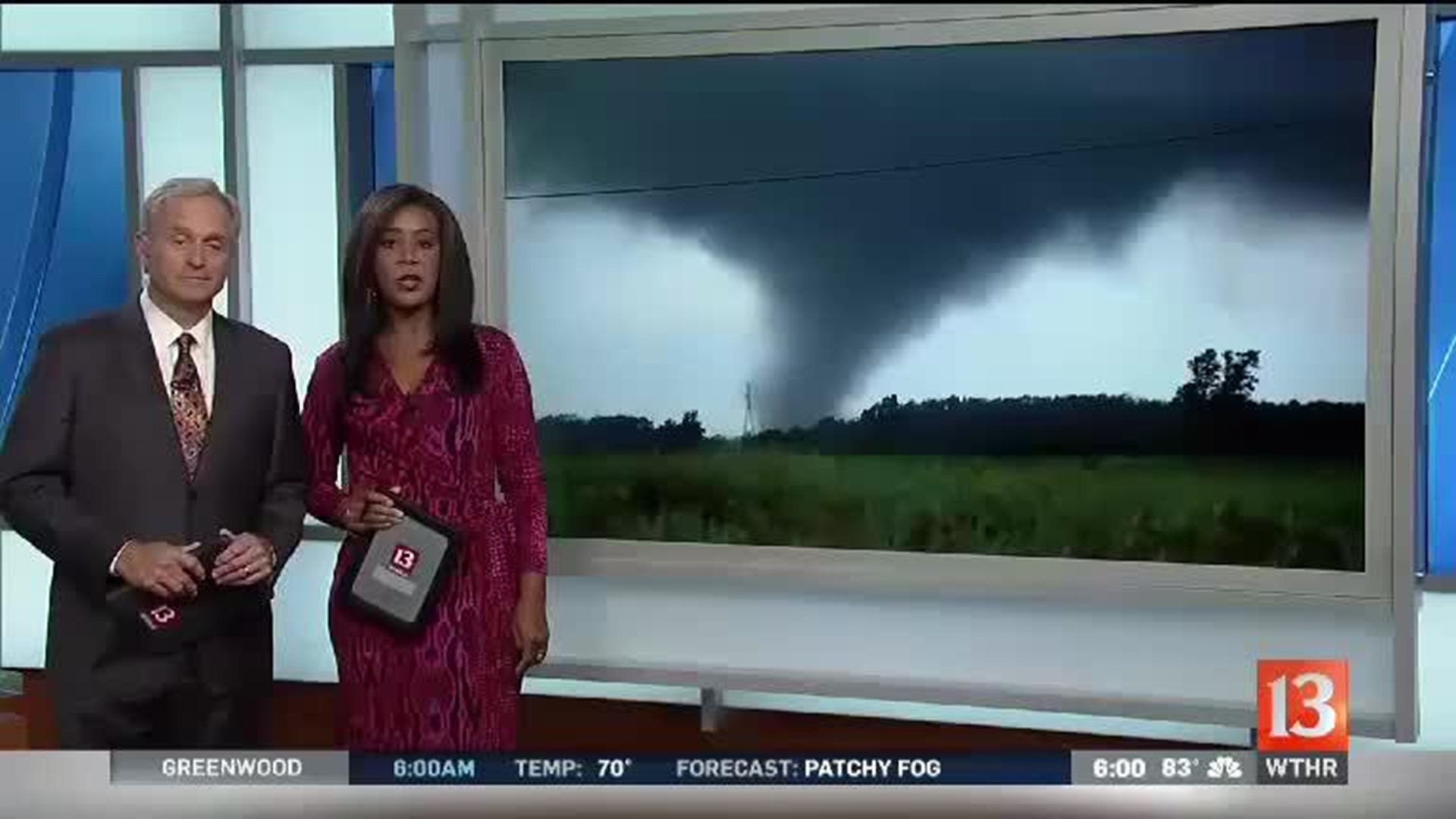 BROWNSBURG, Ind. (WTHR) - Tornadoes that ripped through central Indiana this week were more than unprecedented. They support a startling and possibly scary discovery by Purdue researchers.

The nation's tornado hot spot has moved much closer to Indiana, putting us in greater danger from late summer and fall tornadoes.

The study confirms what happened in one Brownsburg neighborhood Monday. Crews are still clearing downed trees and repairing homes. Indiana is seeing more and more powerful tornadoes outside of the traditional tornado season, times of the year most people thought they were safe.

Seven tornadoes in one day in Indiana. In August, it's never happened before. But Agee wasn't surprised.

"We are having more significant tornado outbreaks in the autumn season," he explained.

And late summer, too, times of the year when most Hoosiers grew up feeling relatively safe from tornadoes.

"It is pretty shattering to people's thinking, I would say," Agee admitted.

Agee is a professor in Purdue's Department of Earth Atmospheric and Planetary Sciences. He and other researchers and his team spent more than a year counting and mapping 60 years of tornadoes.

Over the last three decades, the nation's bullseye for tornado activity, Tornado Alley in southern Oklahoma, shifted 600 miles east, creating a new "Dixie Alley" on the Alabama and Tennessee border.

The impact is dramatic. The Purdue study found that over one area of Oklahoma, tornadoes decreased 35 percent. At the same time in an area of Tennessee, tornadoes jumped 66 percent.

That's much closer to Indiana.

Patricia Stoner had another word for revelation.

"When there's going to be more of them coming through, that means we are going to be in a greater percentage of this happening again," she said.

So why the change, why the big shift in tornado activity?

"Climate change is the suspect," Agee answered. "Because the first 30 years was a cold period, as our work shows. And then we've had a substantial increase in surface air temperatures from 84 to 2013, the next 30 years."

Agee and other researchers aren't completely convinced. They need more data, and more study to determine why the nation's center for tornadoes has moved closer to Indiana.