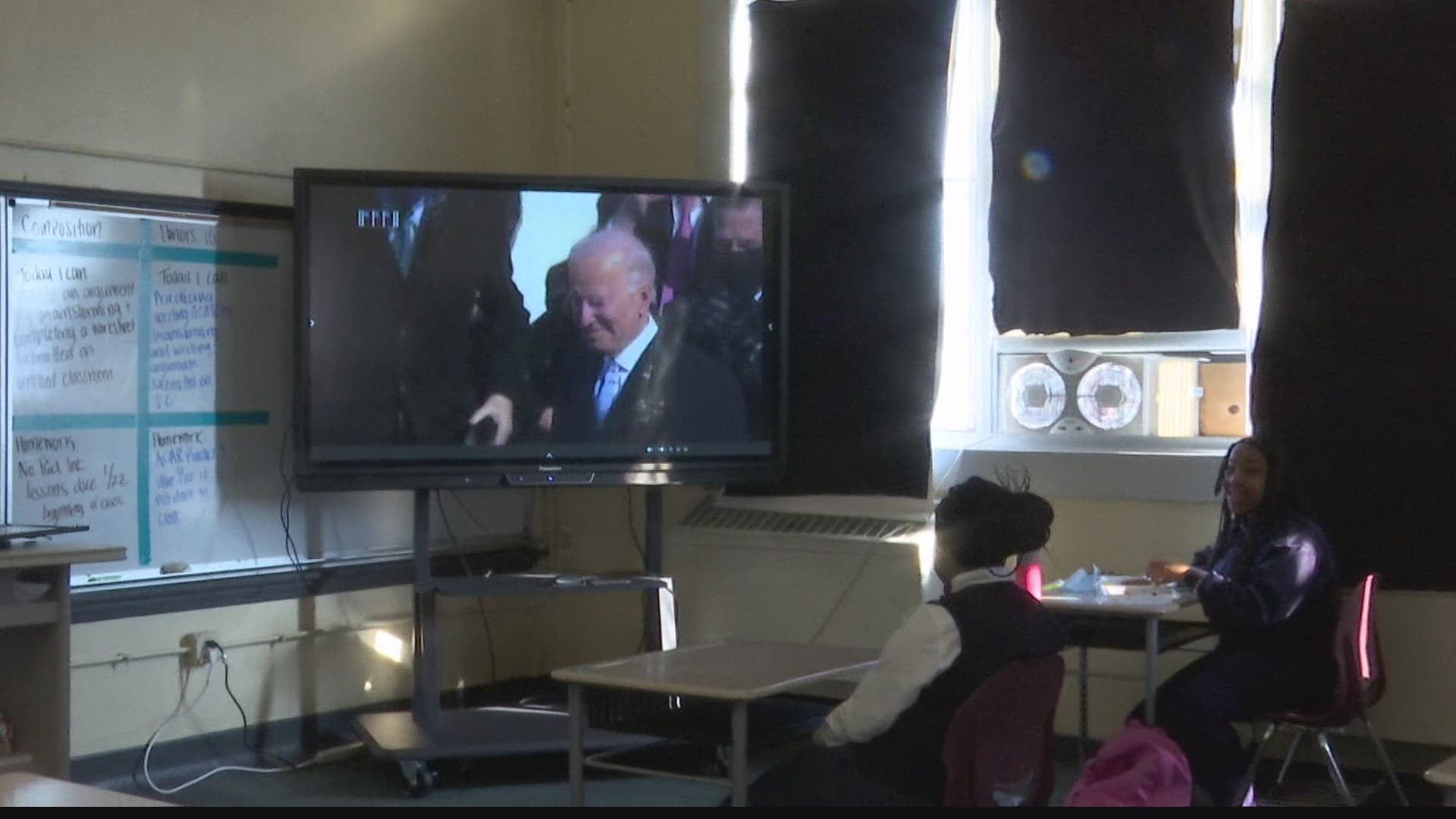 INDIANAPOLIS — Lunch at Providence Cristo Rey High School was served in class Wednesday with the presidential inauguration shown on a big screen television.

"Even though with the election and the recounts and all of this stuff and storming the Capitol and everything, he still wants us to come together as a country,” said Isaiah Kimp, a senior at Providence Cristo Rey. “I feel like as a president, that says a lot."

Senior Iesha Collins voted in her first election in November 2020.

"Just sitting there and thinking I was a part of making that decision, it just made me happy that today, change is going to happen,” said Collins.

Providence Cristo Rey is a Catholic, private college preparatory school with about 200 students. About 95 percent are students of color; more than half are Hispanic.

"It's very inspiring to me, because in 2048, I want to run for president,” said ninth grader Lovee Waldon. “So, I was thinking maybe it wasn't possible with all the things that's happening with the democracy and people of color. But now I know I can do anything that I put my mind to."

"I hope to be able to be something really important,” said ninth grader Dakota Toomer. “It's probably something that nobody in my family has ever done."

"I hope that people can just start realizing that we're just the same,” said ninth grader Eldrich Flores. “That we don't have to have hate between us just because of our color."

"The significance of today actually shows that there still is a chance for change,” said senior Cameron Majors.

The change in Washington was watched closely by the next generation.