Riot Kitchen, formed in Seattle at the height of the protests, says its aim is to feed protesters. Kenosha police arrested group members this week. 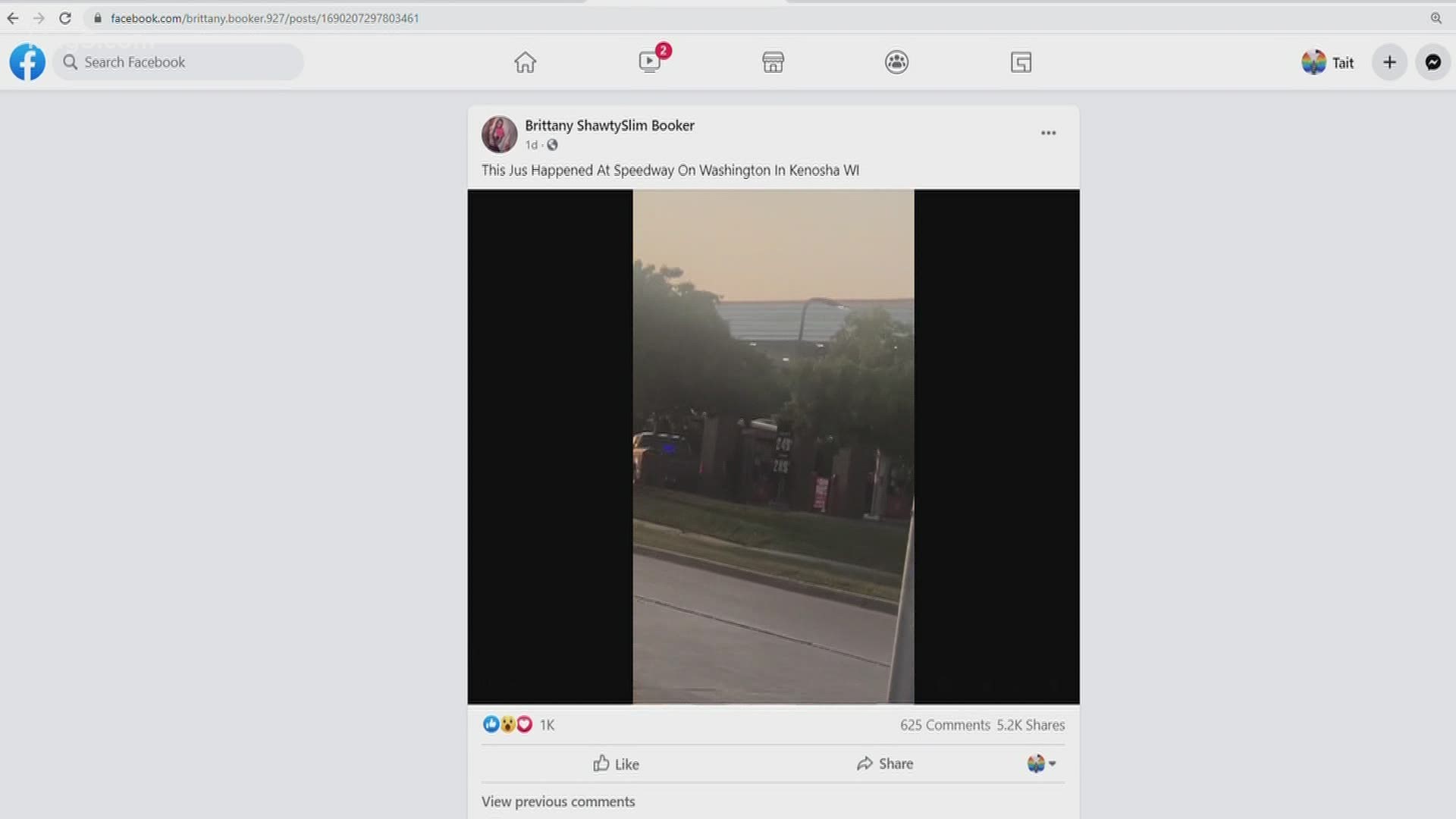 Several members of the Seattle group "Riot Kitchen" were arrested in Kenosha, Wisconsin this week by police and federal agents, and the group claims they did nothing to warrant the attention from law enforcement.

A video of the arrest was shared online, and reposted by the Riot Kitchen account. It shows unmarked SUVs boxing in a tan minivan. Uniformed officers exit these vehicles, break a window on the van and the people inside the van exit.

Police then take control of the minivan, and drive it away as onlookers record. A U.S. Marshal was involved, according to Kenosha Police Department.

The presence of federal officers in U.S. cities experiencing protests has caused controversy this summer.

“Police observed the occupants of the black bus and bread truck exit and attempt to fill multiple fuel cans,” Kenosha Police wrote. According to the statement, officers believed they were “preparing for criminal activity related to the recent unrest.”

Credit: KING
Seattle's Riot Kitchen brought its bus to Kenosha, Wis., to join with protesters in response to the police shooting of Jacob Blake.

The video does not show what police describe before the arrests, as it begins as police surround the minivan.

Riot Kitchen formed in Seattle at the height of the local protests earlier this year, with a mission of feeding protesters. They were a presence during the Capitol Hill Organized Protest (CHOP), when protesters pushed police from a several block section of the Capitol Hill neighborhood for weeks.

Kenosha has been home to several nights of protests, riots and fires following the police shooting of Jacob Blake, a 29-year-old Black man. It’s the latest chapter in the ongoing protests against racism and police brutality following the death of George Floyd in Minneapolis.

Jennifer Scheurle of the Riot Kitchen said volunteers were only purchasing the fuel for their vehicles and generator.

“We reject all claims that our crew was there to incite violence or build explosives – our nonprofit has always been and will always be about feeding people,” she said.

She said the volunteers were kept in holding cells for hours without water or blankets, and were denied phone calls to loved ones.

Scheurle said the group had only recently arrived in Kenosha, and had not yet attended any protest events. The volunteers were arrested for disorderly conduct, Kenosha police said.

All eight from the Riot Kitchen have been released as of Friday, Scheurle said. The Kenosha County District Attorney has not responded to requests for comment about charging decisions.

Kenosha Police also did not respond to requests for comment about the arrests. Sheurle said they have not received further clarity on the issue either, but that members of the group have been receiving death threats since the incident. 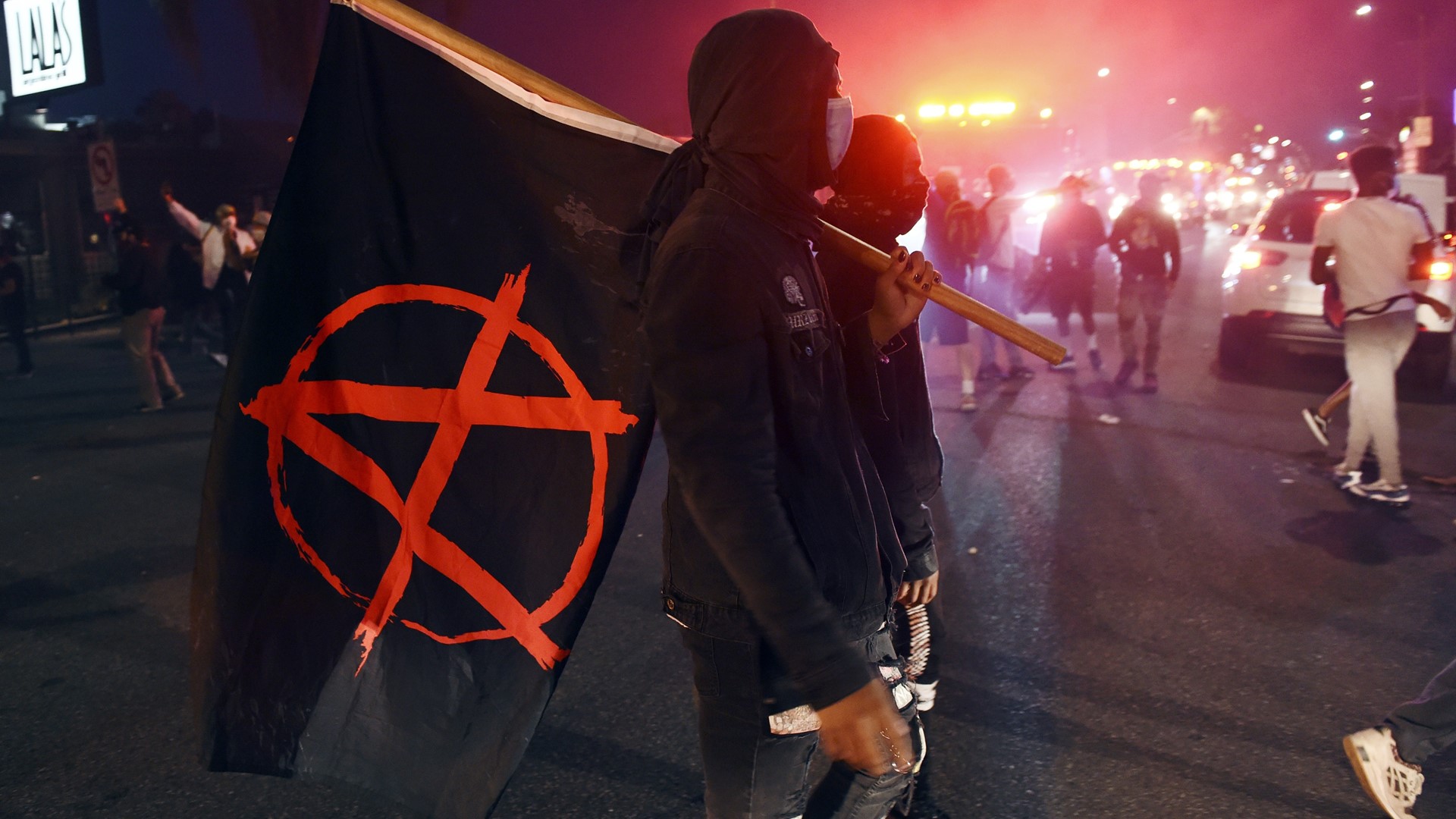 Domestic terrorism on the rise