The federal government came to talk to local veterans Thursday night about a proposed new final resting place close to home, but protestors at the meeting did a lot of the talking. 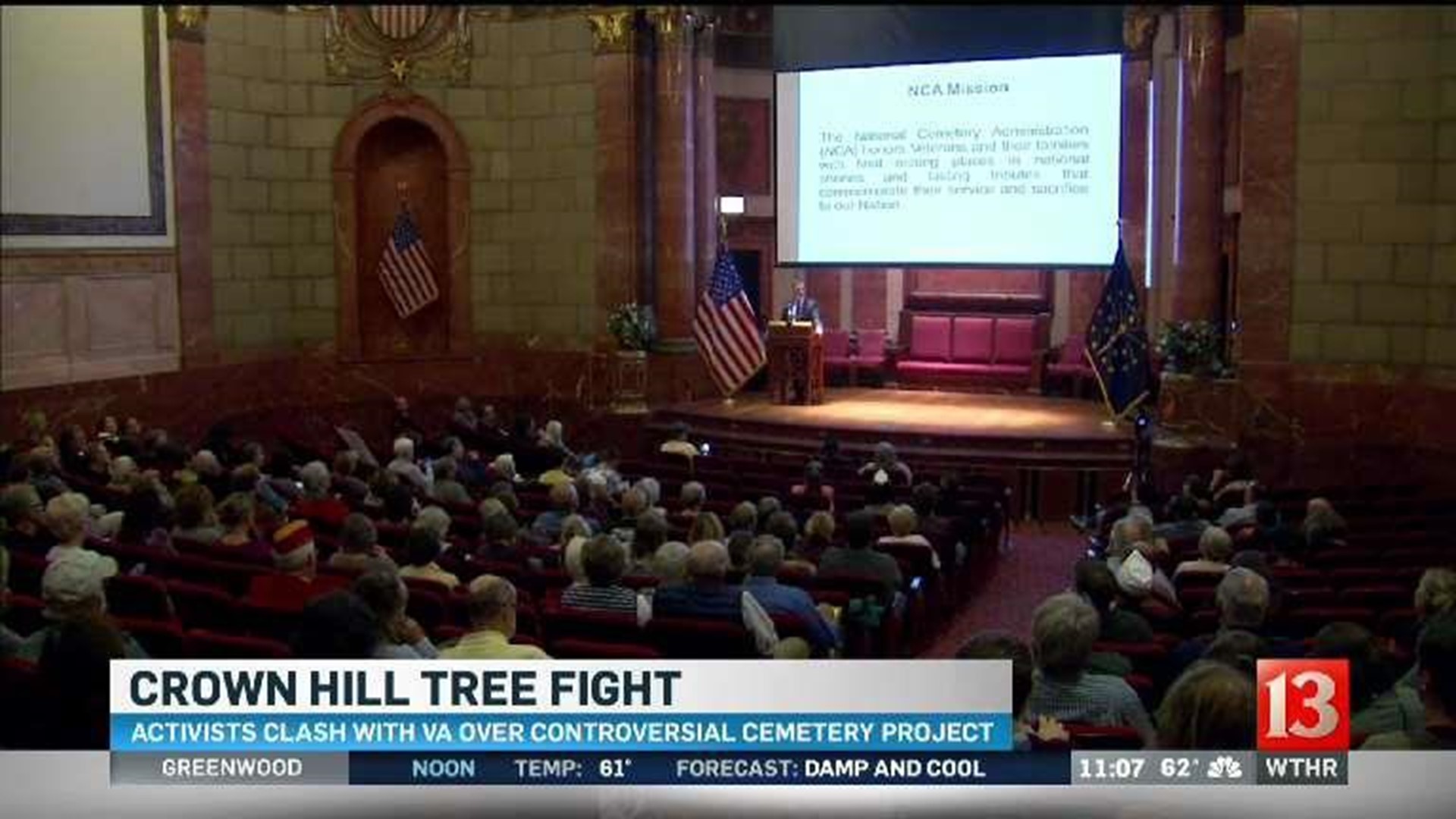 INDIANAPOLIS (WTHR) - The federal government came to talk to local veterans Thursday night about a proposed new final resting place close to home, but protestors at the meeting did a lot of the talking. Some were even shouting.

Dozens were there to show their concern about plans by the Department of Veterans Affairs to build a cremation cemetery on the north side of Crown Hill Cemetery. That's where protestors say there's a virgin forest, hundreds of years old. Building the new cemetery would uproot many of the trees in it.

"What about the 500 year old trees?" shouted another person.

While federal officials tried to outline their plans, showing a slide presentation to the crowd, many in the crowd held up signs and weren't having it.

"This is an informational meeting, this is not a public meeting," said one of the representatives. An announcement that was greeted with loud boos and shouting from the crowd.

"We've been listening to this spin for an hour," a man shouted.

One of the protestors, who's a veteran herself, said they meant no disrespect to veterans who have served their country.

"Are you understanding that the concern here is because that is a very special woods?" another woman told the men giving the presentation. "There are so many woods in Indianapolis you could go in and build because it's not an old growth undisturbed woods or ecosystem."

The VA said they've gone back to the drawing board to try and preserve as many trees as possible.

"Is there a way to do it, without cutting down any trees?" Glenn Powers with the National Cemetery Administration was asked.

"I'd rather be buried in a place where I got a tree buried on top of me rather than having to destroy the trees," said Grimm.

That's the message many wanted to send loud and clear.

"Do it in a place where there's not an old forest," someone shouted.

The VA said at Thursday's meeting, the final design for the cemetery should be ready by November.

Tree removal is slated for December, with construction set to begin next spring.