Peaceful protesters are united against hate and bigotry and in support of Black Lives Matter. 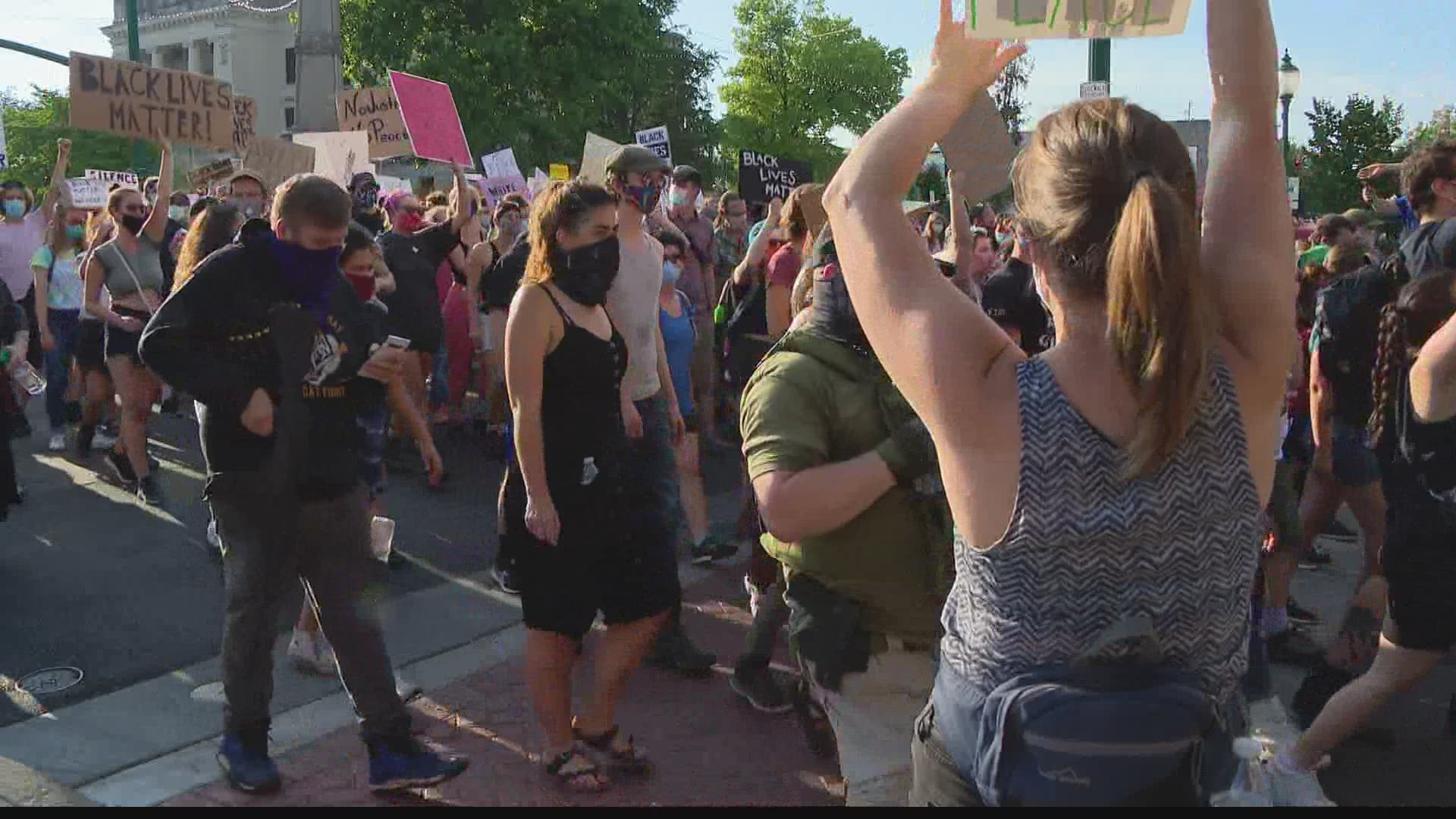 BLOOMINGTON, Ind. — For the second straight night in Bloomington, calls for change echoed from the courthouse to the street corners.

Peaceful protesters marched united against hate and bigotry, and in support of Black Lives Matter.

"It's our duty to do this and it's my duty to teach them this," McKeen said. "I figure if Black parents have to send their kids out into the world to risk being killed for, then I have to bring my kids here. I have to be here. We all need to be here."

And hundreds were here, even after an ugly incident at the end of Monday night's protest, when a woman threw herself on the hood of a car which then sped toward other protesters walking away.

Bloomington Police are now asking for help identifying two people involved, a man and a woman, along with the red car involved.

"It was really tragic and traumatizing for a lot of people," said a speaker at Tuesday's protest.

That trauma didn't stop demonstrators from gathering again. They called for a host of changes, from police reform to anti-racism training for local leaders.

RELATED: Alleged attacker claims another side to story in Lake Monroe incident

They also want criminal charges to be filed after a violent confrontation was caught on camera at Lake Monroe.

In the video, Vauhxx Booker is seen being held on the ground against a tree by several people. The Indiana DNR says it's working with the Monroe County Prosecutor's Office to "ensure a lawful resolution".

"We gather to demand the prosecution of Vauhxx's attackers," organizers told the crowd at Tuesday's protest.

The organizers say 200,000 people have sent messages to the prosecutor since Saturday.

Vauhxx Booker's attorney, in a news conference Tuesday afternoon, said the FBI is now investigating what happened as a hate crime.

State Senator Eddie Melton (D-Gary) said he was so shocked by this weekend's video, he reached out to Booker and drove all the way from Gary to be part of this protest.

"My heart cried. I said it could have been myself," Melton said. "No matter if I'm three hours away, it's still the Hoosier state, and we should be here to support each other in a time of need. The injustice that we all saw on TV was very clear and something we have to speak up about."

His voice is now one of many Hoosiers demanding to be heard.