With the National Rifle Association coming to downtown for a convention this Friday, along with President Trump and VP Pence, IMPD is prepared for protestors. 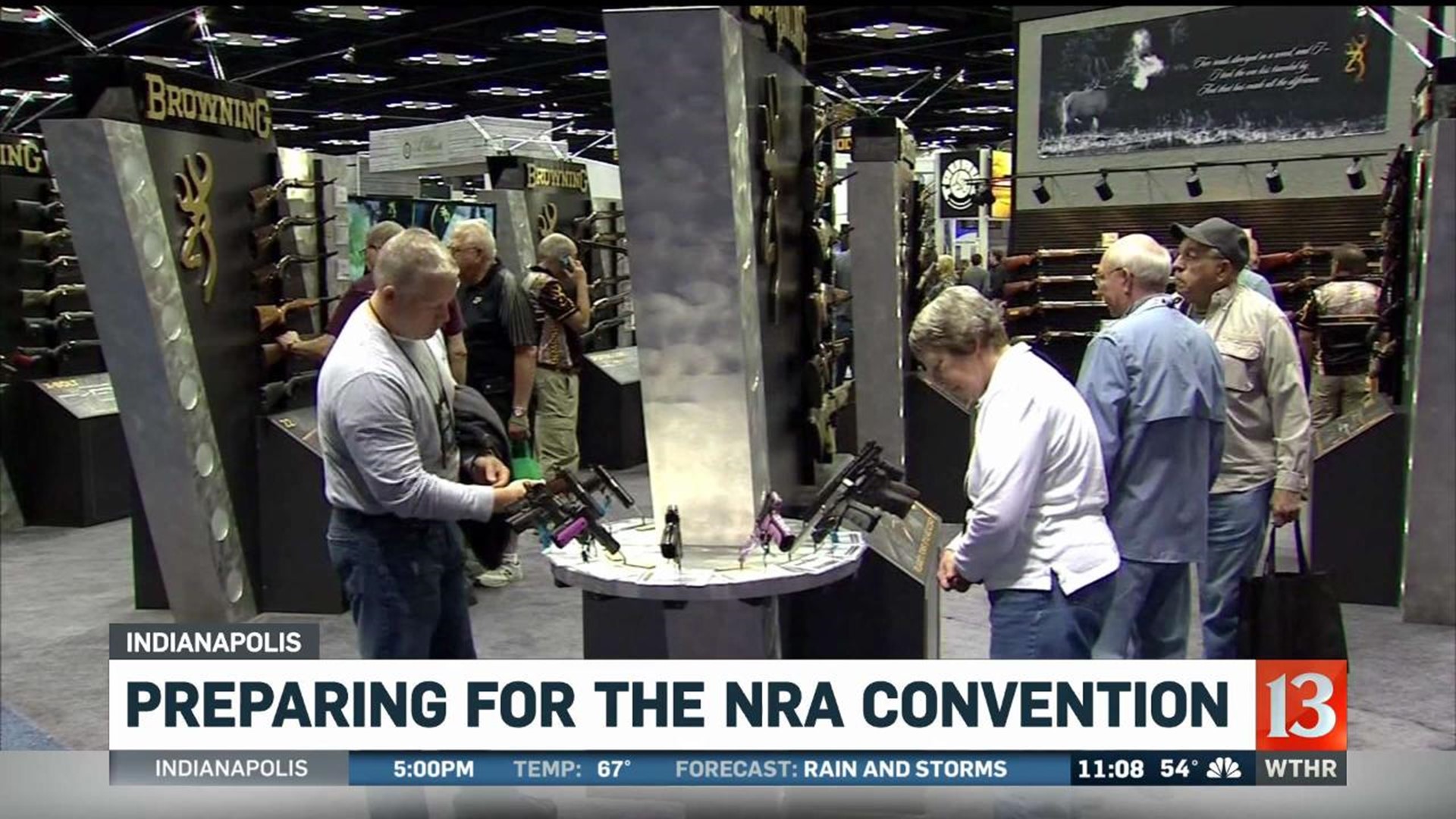 INDIANAPOLIS (WTHR) – The Circle City will take center stage in front of the country and possibly the world during the 2019 National Rifle Association Convention downtown.

Tens of thousands of people including President Donald Trump and Vice President Mike Pence are scheduled to attend the NRA convention. The event kicks-off Friday.

The City of Indianapolis is used to planning for large events downtown, which will mean a visible police presence.

IMPD has also planned with it’s law enforcement partners for protesters at events like the NRA convention who say don't count them out.

NRA events mean a lot of people will carry guns on the streets.

As the city prepares downtown for the NRA with welcome banners across skywalks, on light poles and around the convention center, they must plan for safety and NRA protestors.

Kathleen Robertson is organizing a protest for the state capital grounds during the NRA events.

“My plans for the NRA is to make a lot of noise,” said Robertson.

The Indianapolis resident is not happy about the NRA's relationship with President Trump. The president is one of the people scheduled to be a Keynote speaker.

Kathleen wants her message to be heard loud and clear. She expects hundreds of other protesters from around the country to help her do just that.

“The only way we are going to get this down is by loud sustained protest in the streets,” said Robertson.

Robertson and her fellow protesters lost their bid to display a huge baby Trump float at Lucas Oil Stadium during the huge convention. So now the plan is to have smaller balloons at their demonstration.

The NRA will draw thousands of people from all over the country, with most of them being proud gun owners who carry. Indiana is a conceal and carry state and recognizes the carry licenses of all other states.

“Although we are an open or conceal carry state, we ask that you keep it concealed because it alarms people and brings unwanted attention to yourself," said Commander Tom Sellas. "We also want you to make sure it's locked in a trunk or have another way to secure it other than leaving it in plain view in a vehicle.”

Sellas also wants protesters to remain safe and for everyone to report suspicious activity. There are huge events often in downtown Indianapolis so IMPD is always prepared for large crowds.

Sellas also told Eyewitness News that downtown visitors and drivers should be prepared for delays during the time the president will visit downtown.

For example, some traffic will be re-routed on I-70 and around Lucas Oil Stadium and the Indiana Convention Center.

Regardless, Robertson hopes when the NRA Convention is over, the Trump Pence administration will have heard her voice and know her name.

“I don't care what he tweets and if he tweets about me, it's less one other person," said Robertson.

Robertson told Eyewitness News that even after her demonstrations here downtown, President Trump has not heard the last of her. She hopes to one day meet President Trump face-to-face but is doubtful that will ever happen.