A woman, who was pregnant at the time, had her car flipped during a PIT maneuver by an Arkansas State Police trooper in July 2020 while she had her hazard lights on. 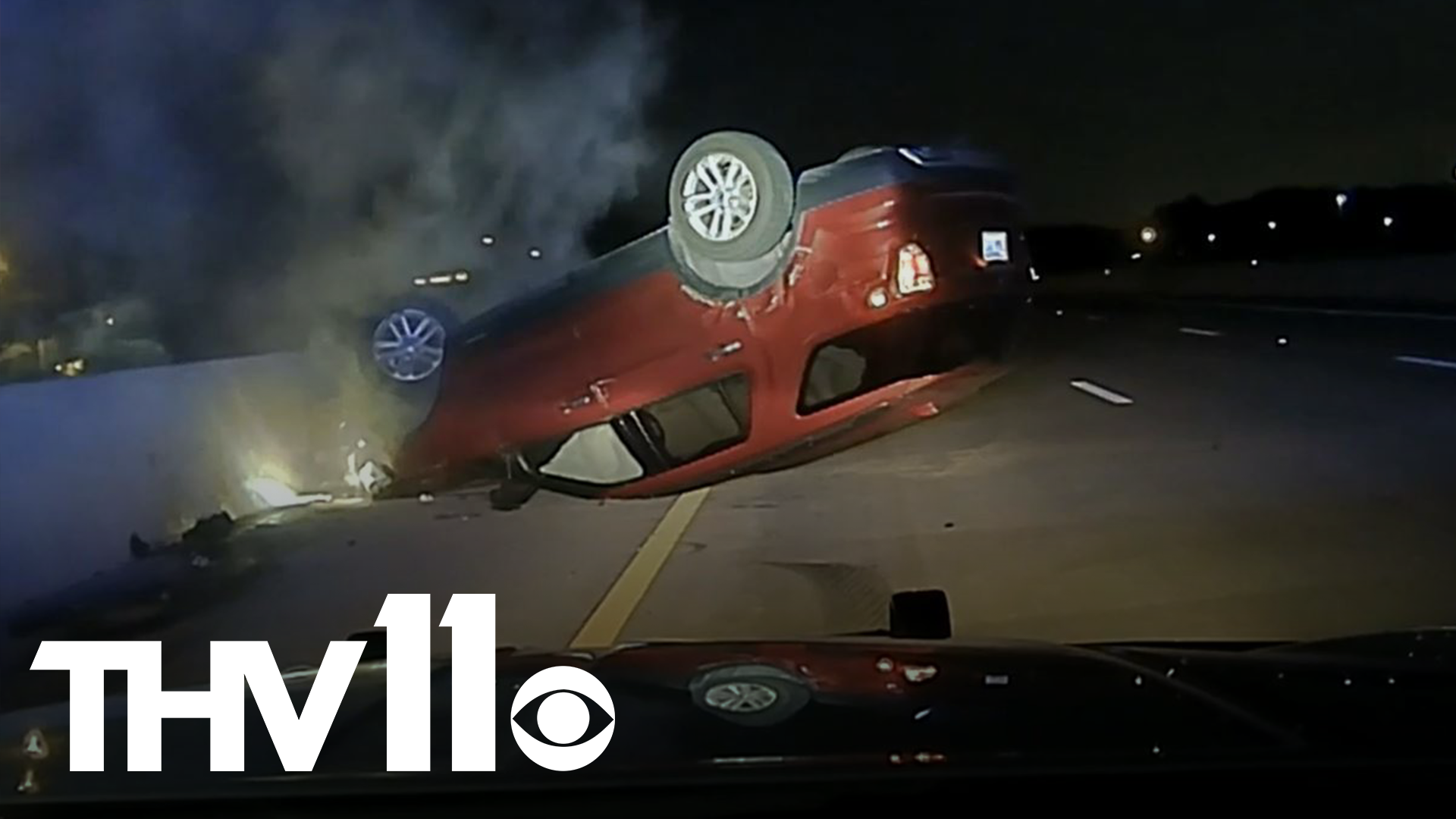 LITTLE ROCK, Ark. — An Arkansas woman is suing an Arkansas State Police trooper for negligence after he used his police car to flip her car using the PIT maneuver in July 2020.

The woman, who was pregnant at the time of the crash, said in the lawsuit that Senior Corporal Rodney Dunn "negligently performed" a PIT maneuver while attempting to pull her over for speeding.

She then moved to the right lane and put on her hazard lights and told police after the crash she was looking for a safe place to pull over.

According to the Arkansas State Police's driver license study guide, a person should turn on their hazard lights to tell police "you are seeking a safe place to stop."

The lawsuit stated that there were "no exits or shoulder" for the woman to pull over before Dunn "negligently executed" a PIT maneuver two minutes and seven seconds into the traffic stop.

The woman's car then flipped as a result of the trooper's action.

"Dunn executed a negligently performed PIT maneuver which flipped the [woman's] vehicle and placed her life and the life of her unborn child at risk," the lawsuit said.

The lawsuit alleges that Arkansas State Police failed to properly train Dunn regarding PIT maneuvers, used excessive force, and that he was "careless and negligent" in his actions.

THV11 requested a response from Arkansas State Police regarding the incident. Their statement is featured below:

The ACLU of Arkansas is also calling on state legislators to investigate PIT maneuvers, which they say resulted in three deaths last year.

We will update this article with more information as it becomes available.