IMPD says there were two other cars involved in the crash at 38th Street and Michigan Road late Wednesday. 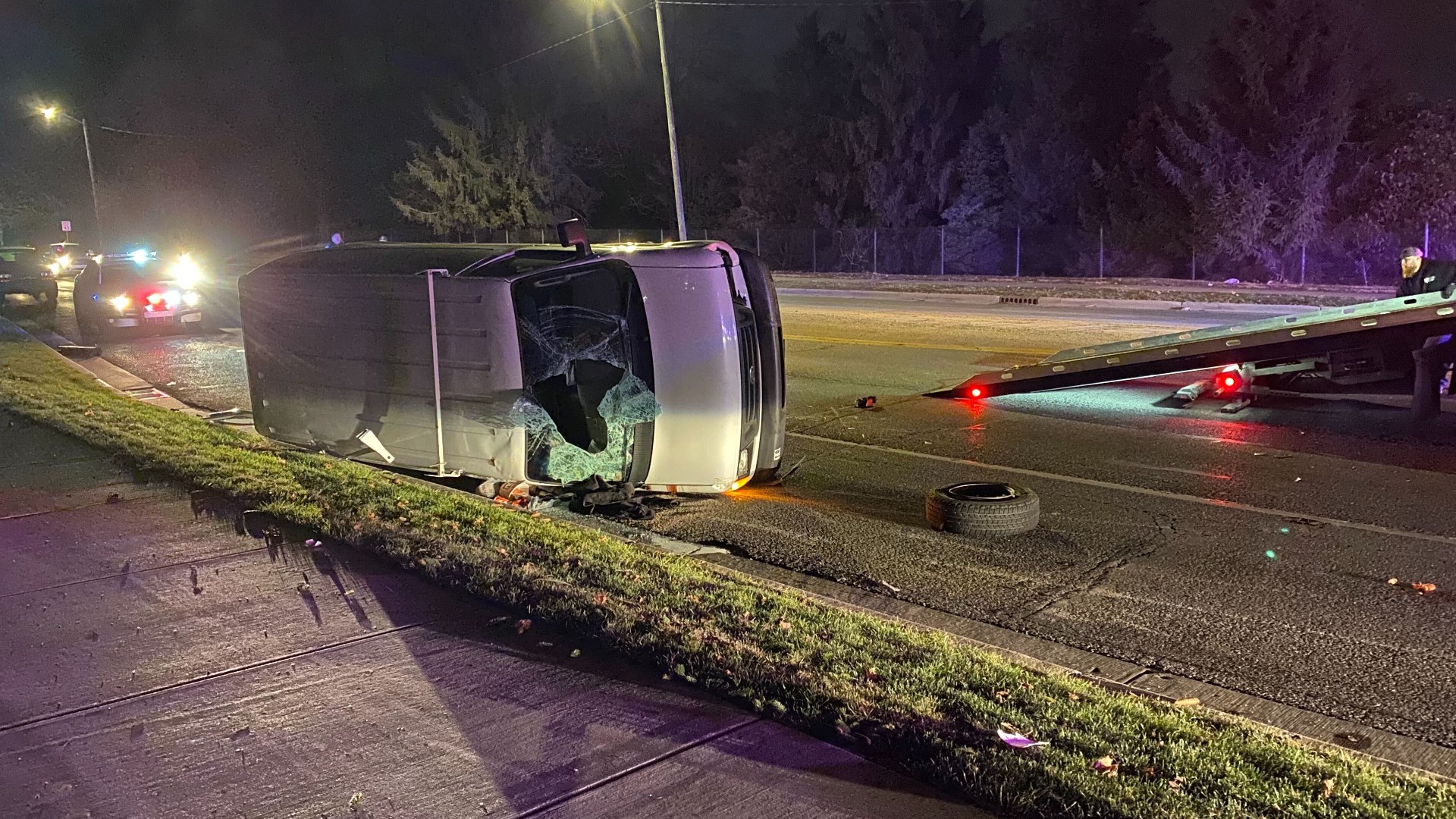 Indianapolis Metro Police say an investigation into a suspicious vehicle led to a pursuit and traffic crash Wednesday night.

According to IMPD, dispatchers got a call just before midnight about a vehicle parked behind a business in the 4000 block of East Michigan Street. Police said it's an area where there had been multiple calls about recent burglaries and theft complaints.

The driver of the van didn't stop for officers and a pursuit ensued. The chase covered city streets before entering I-65 downtown. The van exited at 30th Street and eventually went north on Dr. Martin Luther King Jr. Street.

Police say the driver ran a red light and collided with another vehicle at 38th Street & Michigan Road. The van also hit a second car, but no one was hurt.

The pursuit ended just north of the intersection when the van struck a concrete median, went airborne and landed on its side.

The driver, the lone occupant of the van, was treated for minor injuries. Police told 13News the van had been reported stolen and that the suspect was taken into custody.