Police: Toddler wounded in shooting on Indianapolis' near west side

An IMPD spokesperson didn't specify the extent of the injuries but said the child was taken to Riley Hospital in stable condition. 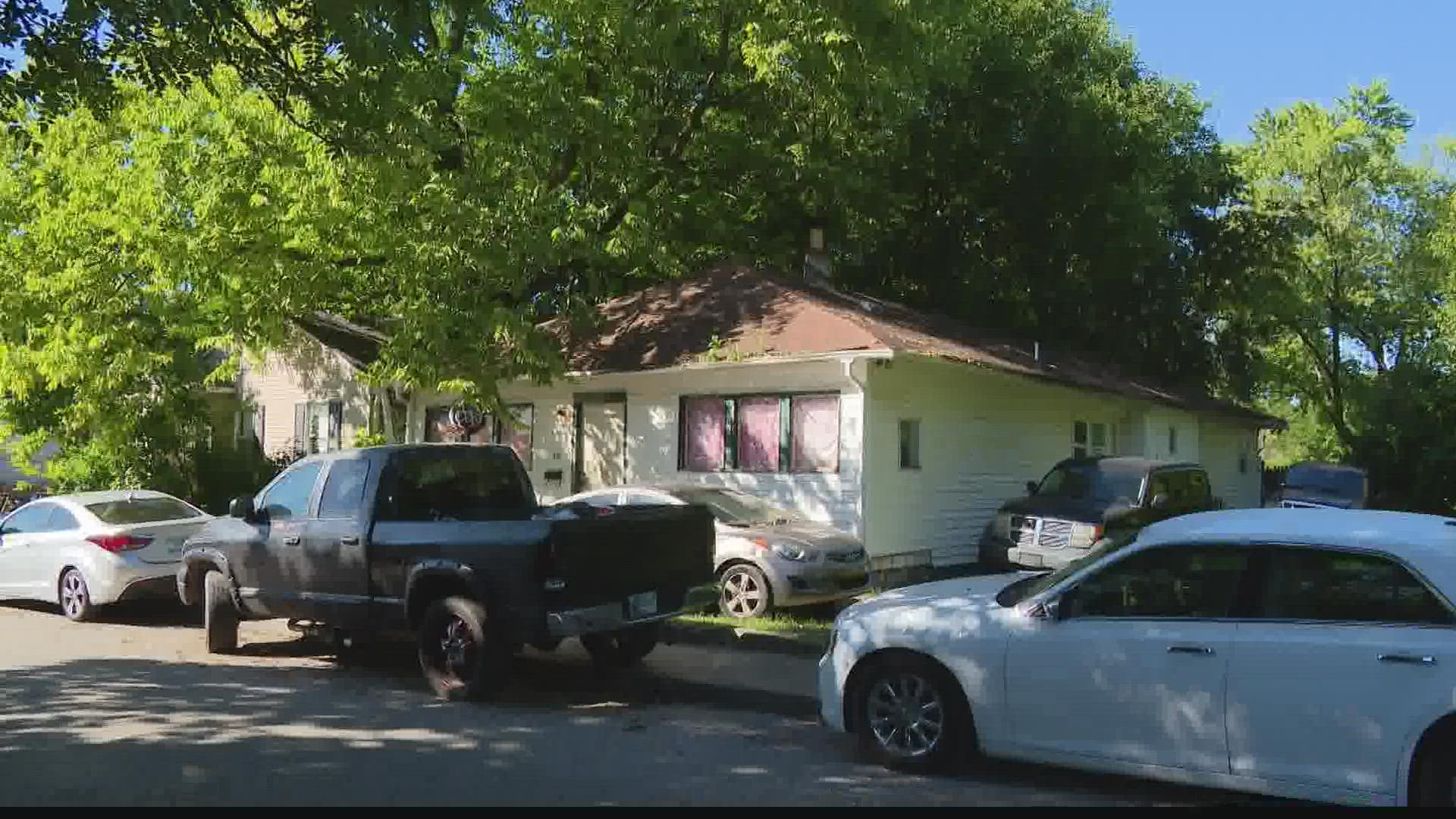 INDIANAPOLIS — A toddler was hit by gunfire Thursday night while sleeping on the near west side when someone fired shots into the home. According to police, it's part of a disturbing trend.

Neighbors reported hearing between five to seven gunshots in the 700 block of North Elder Avenue, near 10th Street and North Belmont Avenue.

Daylight reveals what appear to be bullet holes.

"Day to day, you see some very crazy things. It's definitely not the safest of areas," Scott Degolyer said.

Officers said someone fired shots into the home around 11:30 p.m. while everyone inside was asleep, including a child around two years old.

Degolyer works a couple doors away near 10th Street and north Belmont Avenue.

"My grandpa, he's been here for 40 plus years," Degolyer said.

He said he and his coworkers hear gunfire regularly.

"It could easily be once a week if not maybe more," Degolyer said.

However, he didn't expect this.

"No. No, that was the thing that surprised me the most. You would think it would be somebody just walking on the street and not some innocent kid that's just sitting inside," Degolyer said.

IMPD said this child is among 62 kids hurt in shootings this year.

"It's pretty scary having kids of my own. It's not something you like to hear," Degolyer said.

The toddler was taken to Riley Hospital in stable condition.