"Blackout Wednesday," the Wednesday before Thanksgiving, has become a big night for bars - even bigger than New Years Eve. 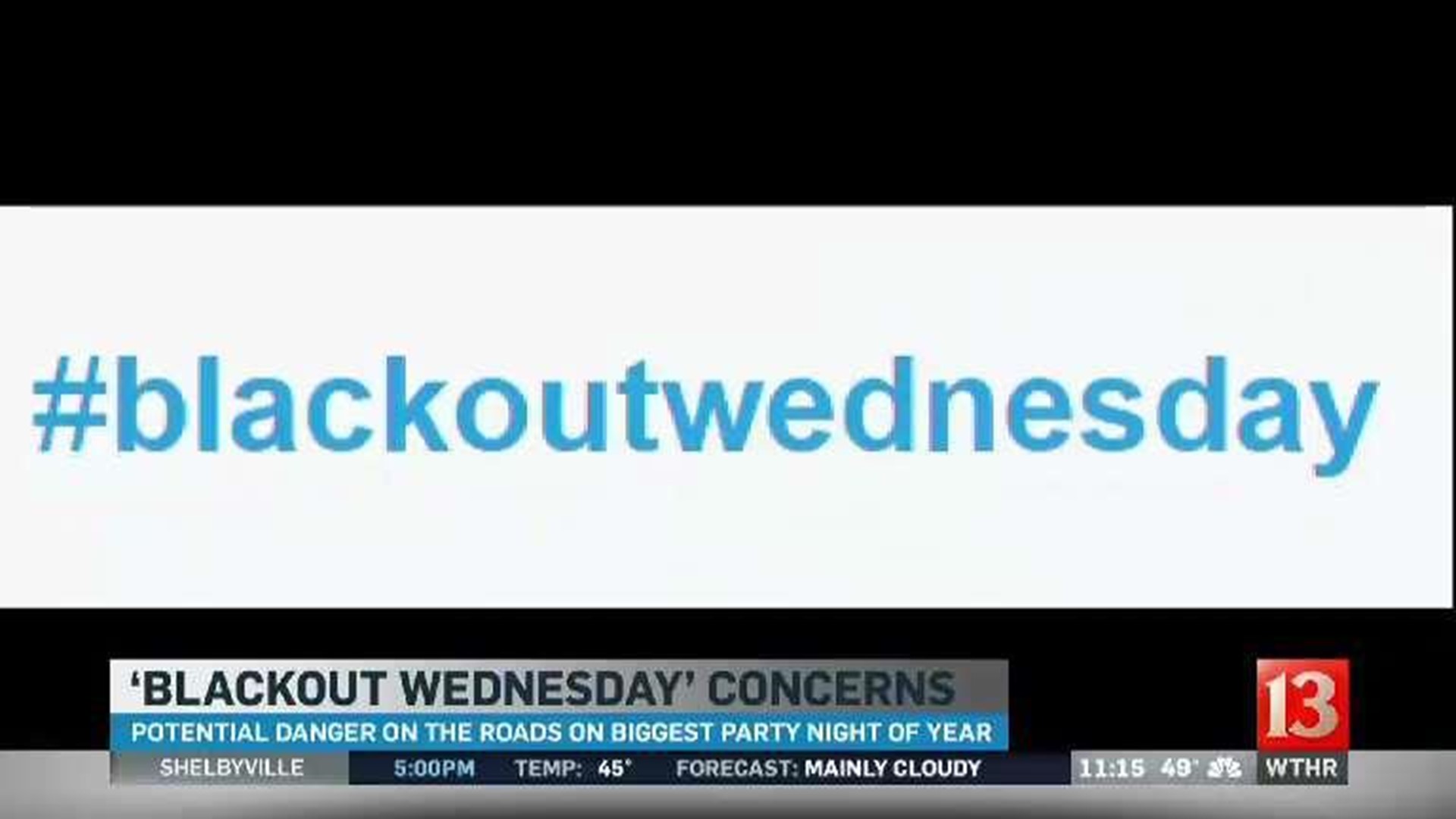 INDIANAPOLIS (WTHR) - Before Black Friday hits, it is Blackout Wednesday.

Haven't heard of it?

Your kids in college probably have.

It's dangerous. It's about drinking. And it can be deadly.

"We encourage anyone who plans on going out to celebrate the holiday with family and friends to make a plan for safe transportation, whether that’s getting a cab, Uber, or planning on having a sober driver. We want everyone to enjoy themselves and make it home safely," IMPD Ofc. Jim Gillespie. "Drunk driving puts everyone at risk and has the potential for tearing lives and families apart. This is a time to celebrate and be thankful for the ones we love, don't put yourself or others at risk by getting behind the wheel after drinking."

They're focused on this particular night because it's the busiest night for bars of the year - a bigger drinking holiday than New Year's Eve and St. Patrick's Day.

Before feast with family on Thursday, many people go out with friends.

It's when college kids are home on break and everyone's friends are back in town. People's plans are all over Twitter.

Police and advocates with MADD Indiana are concerned because that makes for a potentially dangerous night on the roads, if the people drinking drive themselves home.

"It's very dangerous," said Devon Jones, volunteer with MADD Indiana. "Most people don't even realize how dangerous it is and the scariest part is a lot of families are traveling at this time."

That's an especially frightening scenario for Pam Kelshaw. She lost her daughter to a drunk driver in 2002.

Silina was 17 years old and just about to graduate high school.

"Even though it's been so many years, we still miss her...and we still put a plate at the table for her for Christmas and Thanksgiving," Kelshaw said.

Then in 2014, lightning struck twice.

"One's too much for one family. Two of them - you can't fathom the pain," Kelshaw said.

The idea of a "secret holiday" for consuming alcohol doesn't sit well with her. She's pleading with people who are out partying to stay safe and make a plan.

"If you're going to drink, don't drive. It's that simple. Call Uber, a taxi, a friend, somebody but don't drink and drive," Kelshaw said.

She just doesn't want another family with an empty place setting on Thanksgiving because of what happened the night before.