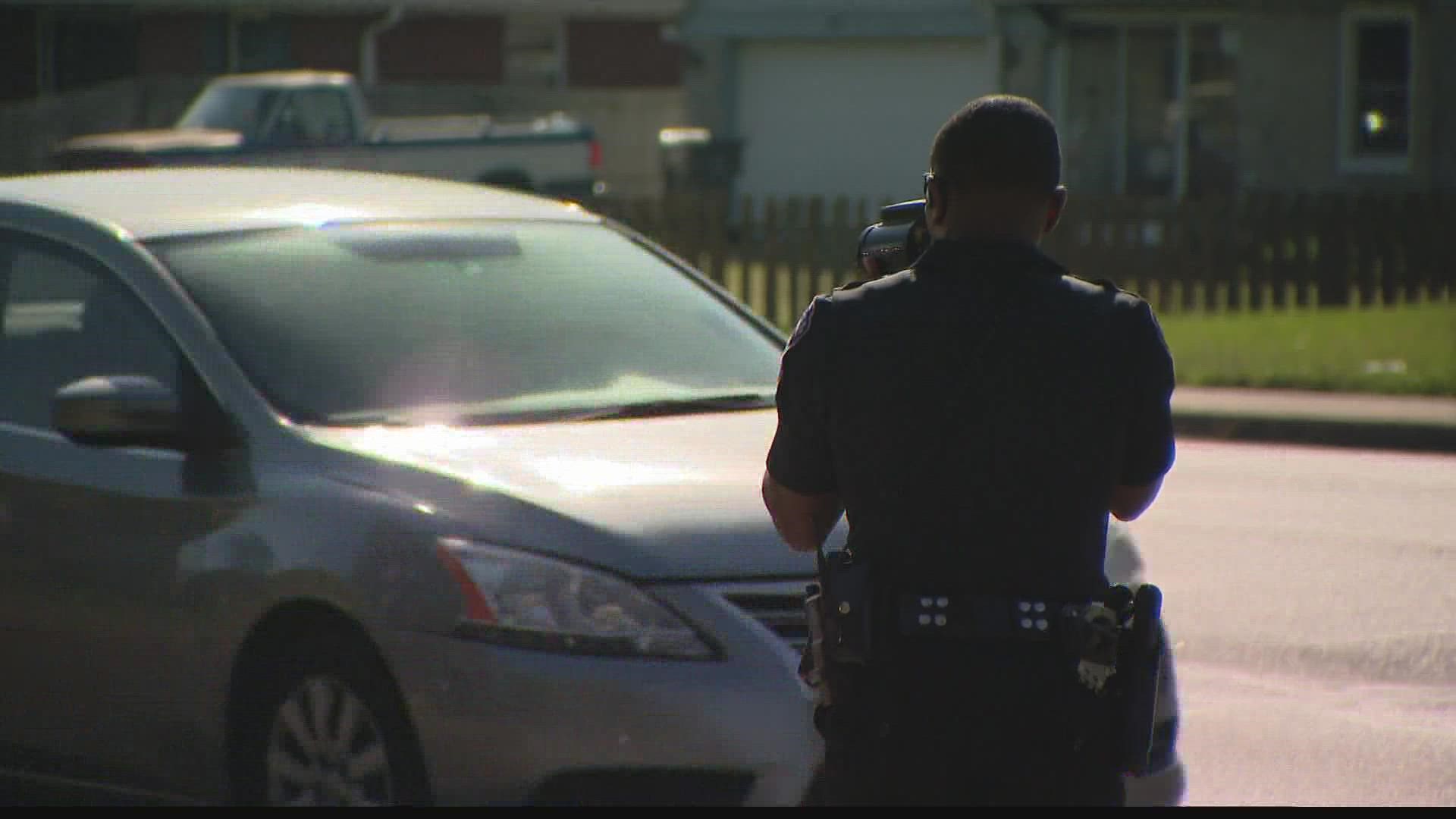 INDIANAPOLIS — IMPD is stepping up enforcement in school zones across the city to get drivers to slow down.

“It’s a little bit more of a presence, more of a concentrated effort,” said Captain Fred Illnicki as he stood near his police motorcycle at 30th and Tibbs Tuesday morning.

Across the street, students had just begun their day at Cardinal Ritter High School.

And one after another, officers were still catching drivers well over the speed limit.

“The reason why I stopped you is this is a school zone,” one officer told a driver she just pulled over. “This is a 25-mile per hour school zone, and you were doing 41.”

Another officer had just stopped a driver going 53.

Metro Police say they’ve stepped up patrols, specifically in school zones, after the deadly crash that killed an Indianapolis first grader earlier this month and hurt her mother and a school crossing guard.

So, officers are out in force to, as Illnicki put it, ‘wake drivers up.’

Officers tell 13News they've seen an increase in speeding and even reckless driving since the pandemic.

It's an issue state lawmakers recently announced that they too will be tackling, after a reported increase in crashes.

“I really don't believe people are going out to intentionally hurt people,” said Illnicki. “But their actions are careless enough or reckless enough, that's what's happening.”

One driver stopped on his own Tuesday morning to say, ‘thank you.’

“I appreciate what you officers are doing,” said Leroy Wolfe. “We need the law to uphold the law.”

“The whole goal out here is hopefully have the people who are driving through, be more safe and students be more safe, and everybody get home in one piece,” said Illnicki. “Please just slow down.”