State police are asking for assistance locating a vehicle that fired several shots at a truck on Interstate 465. 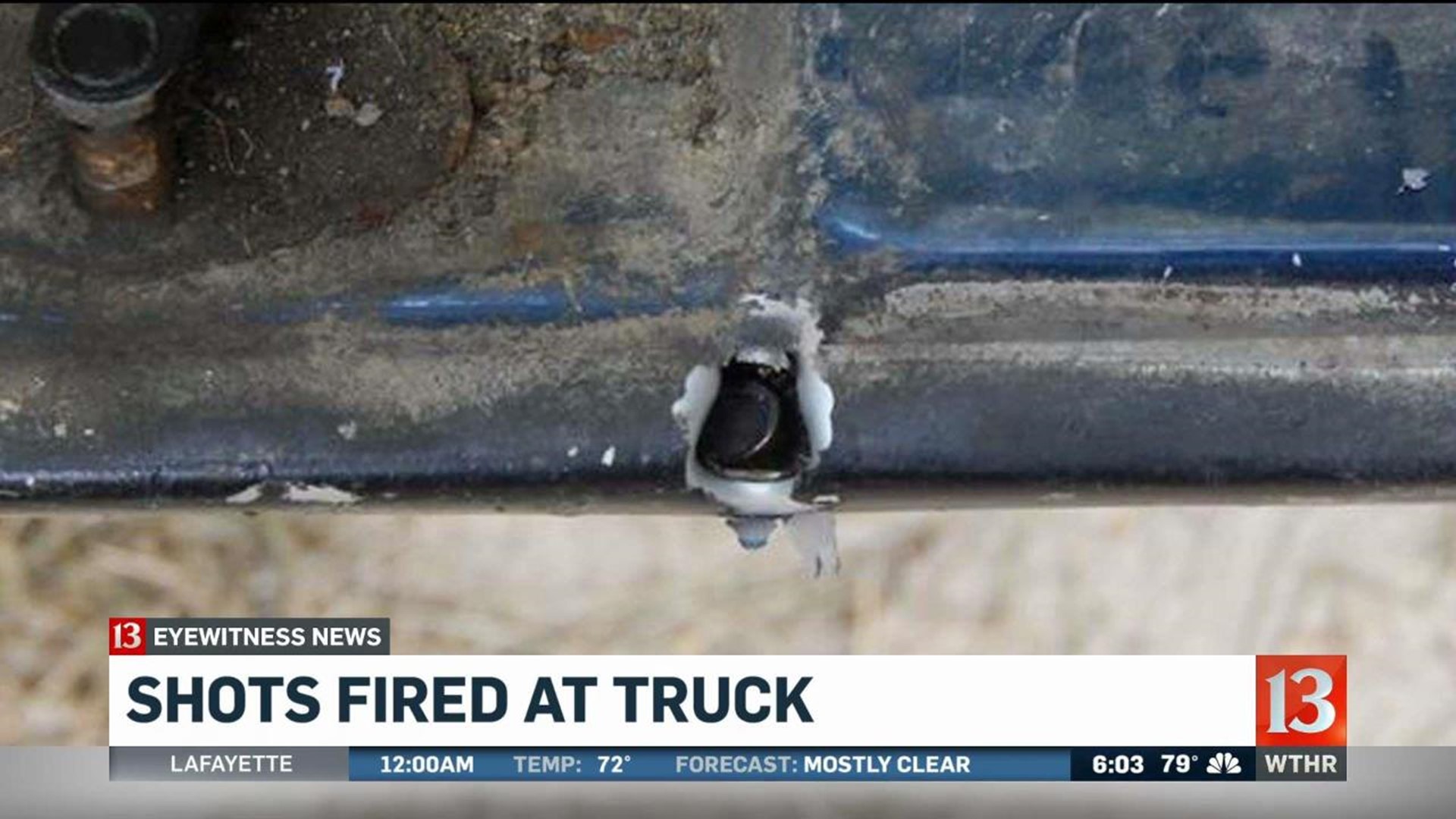 INDIANAPOLIS (WTHR) - State police are asking for assistance locating a vehicle that fired several shots at a truck on Interstate 465.

The driver of the truck and a witness say a male passenger in the Malibu held a handgun out the window and fired several shots toward the Dodge.

One of the bullets struck the pick-up, but the driver was not injured.

"Based on witness accounts and the victim's accounts, 5 to 7 rounds are what we are guessing," said state police Sgt. John Perrine,

A slug lodged in the lower part of the truck's door.

"The witness was able to see some of the things as far as an arm come out the window with a handgun, but a couple cars back we don't know exactly what happened leading up to that incident," said Perrine.

Police say standing in back was an American flag on a pole and a "Make America Great Again" flag next to it.

"We're not going to rule anything out at this point but right now we want to base our investigation on the facts," Perrine said.

State police hope other witnesses will let them know what they saw before the shooting.

On Thursday night, we saw Rick Halcomb and his wife cruising on their motorcycle. Rick is a Patriot Guard, a motorcycle rider who travels the country, safeguarding funerals for service members. Rick told us "I support America and I support our troops."

That's the message the Halcombs send flying their US flags off the tail of their motorcycle.

"I get thumbs up and people waving and honking their horn's all the time," Rick said. "I had one individual that said 'America' and I looked at him and I said 'you don't like, it get out'."

The idea someone may be shot at for the flags they're flying, Rick calls it cowardly.

Whatever reason for the shots, police know this: "If five to seven rounds were fired and only one struck that truck, there are six or seven rounds out there that we don't know what they hit, and it could've been my family or your family."