Police and fire investigators are looking for a man they believe intentionally set a house on fire early Saturday morning. 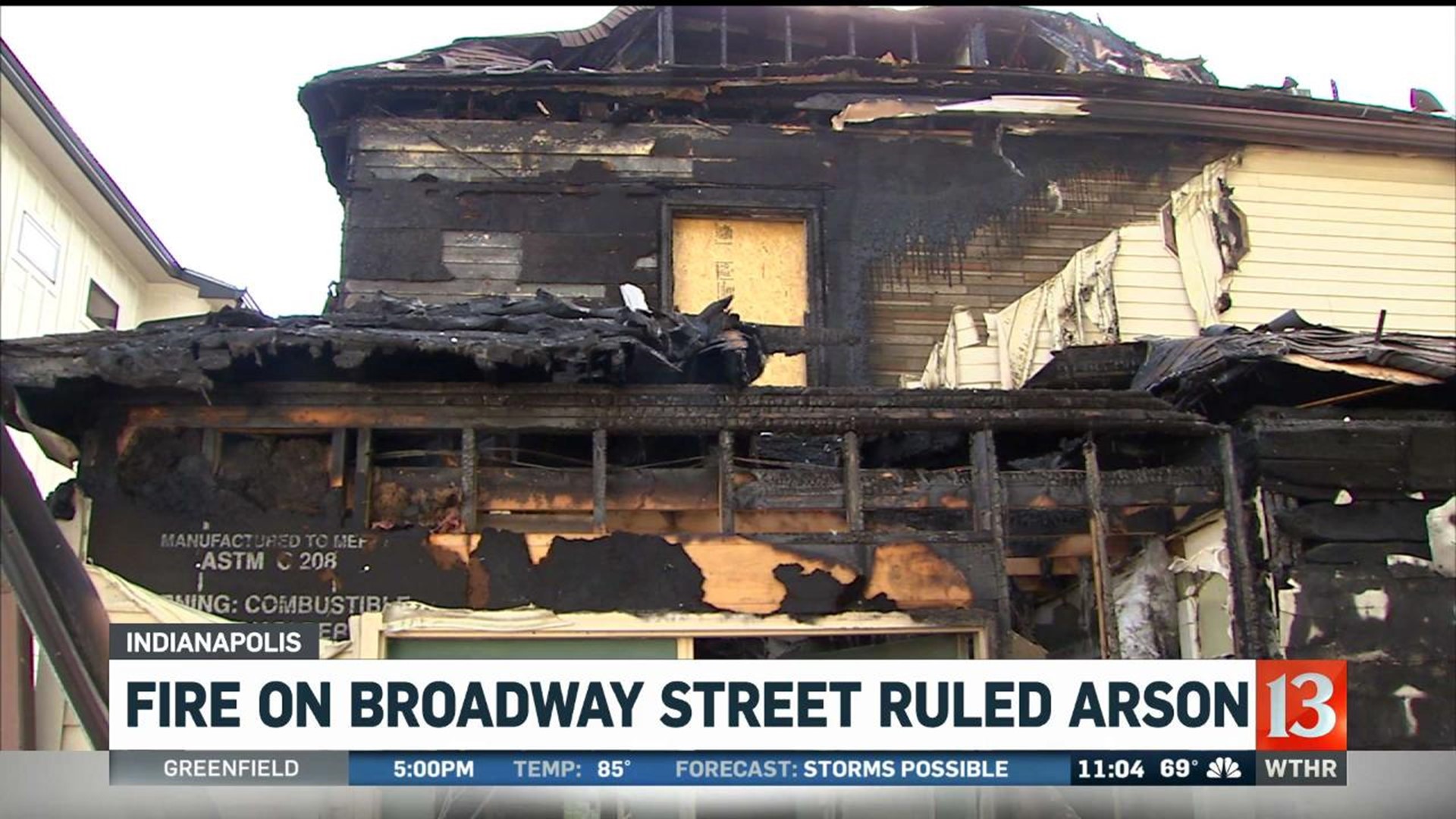 INDIANAPOLIS (WTHR) – Police and fire investigators are looking for a man they believe intentionally set a house on fire early Saturday morning.

Firefighters were called out to the house on Broadway Street around 4:30 a.m.

The homeowner, Edward Trammell, says he was alerted to the fire by a resident on the lower level of his property. He jumped out of a second story window to escape the flames.

When crews arrived on the scene, Trammell was already out of the house. He and two other people made it out unhurt.

4:21 AM - IFD/IMPD Fire Investigators have ruled this mornings fire at 2607 Broadway St. Intentionally Set - ARSON & have identified a person of interest. 2 hours to mark under control with 1 FF injury. 3 occupants (68,44,38) displaced-68 y/o jumped from 2nd story balcony but ok pic.twitter.com/rvEUAydYA6

Fire officials said the suspect in the fire showed up to the scene afterward. Officers tried to chase him, but he got away.

Trammell said the man, is an ex-boyfriend of his daughter who has been recently showing up to his house.

“I said I am not inviting you in my house. I said stop coming around my property. So he took offense to that so he wants to get rid of me,” said Trammell.

Officials have not released the suspect's name.

✔️out this super sweet moment as Gabby & Isabel deliver much appreciated doughnuts to weary firefighters after a 3 hr battle this am at 2607 Broadway St. The girls live a few doors down from the house that was intentionally set on fire & w/ the help of mom made the delivery ❤️ pic.twitter.com/MMzwe76Gy9