Police confirmed they are searching the home and property of the man where Delphi teens Libby German and Abby Williams were found last month. 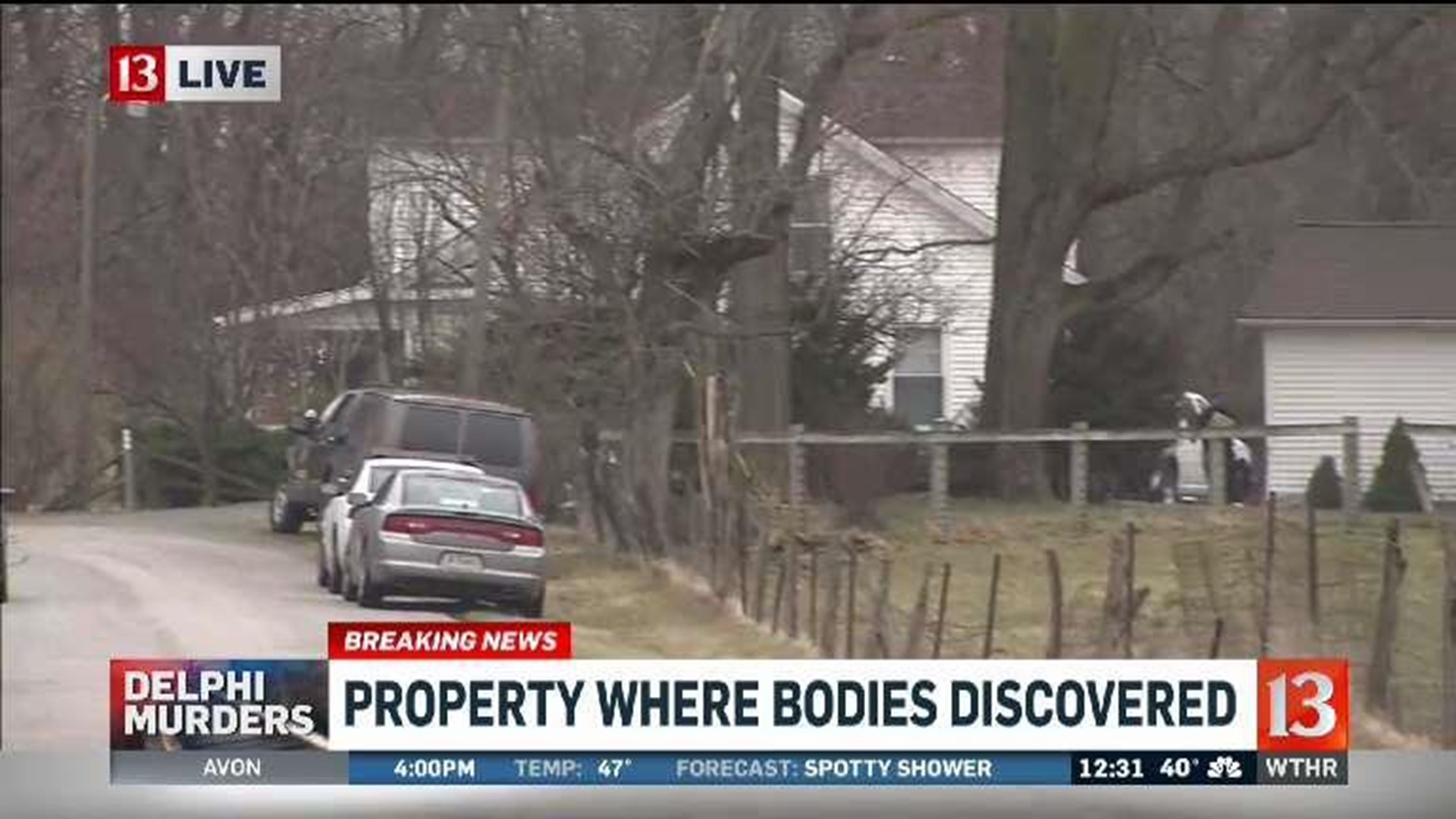 DELPHI, Ind. (WTHR) - Police confirmed they are searching the home and property of the man where Delphi teens Libby German and Abby Williams were found last month.

Ron Logan was arrested last week in Delphi on an unrelated probation violation. Police say they are following up on leads to determine if Logan is a suspect in the teens' murders or to rule him out.

Investigators have served nearly a dozen search warrants looking for the killer or killers.

Police stress that Logan has not been arrested in connection to this crime and no charges have been filed.

"I think they done the right thing,” Marvin Sandifur said of the search investigators conducted of Logan’s property Friday.

Sandifur lives a couple miles down the road from Logan and used to work with him.

"I think they're doing him more of a favor than they are harm because if they go back through and they can't find nothing, you have no right to accuse him of anything. I mean, that was his property. That could have been anybody's property,” said Sandifur.

“Who would have thought they let their children out do something special that day take a trip down and it turns out a disaster like this,” Logan said, a day after the bodies were found on his property, a few hundred yards from his home, in a secluded wooded area.

“The area they were in was very hard to get to, I mean you can’t get there unless you walk there. Somebody had to be walking with them or something,” said Logan.

At last count, detectives were checking 2,200 tips about a person they suspect abducted and participated in the murder of teenage friends Libby and Abby. Before she was killed, Libby captured a fuzzy picture of the man with her cell phone camera and audio of a suspect saying the words, "down the hill."

The number to call if you have any information is (844) 459-5786. You can also email police at abbyandlibbytip@cacoshrf.com.