As protests continue in downtown Indianapolis, demonstrators could be seen on the ground chanting "I can't breath." 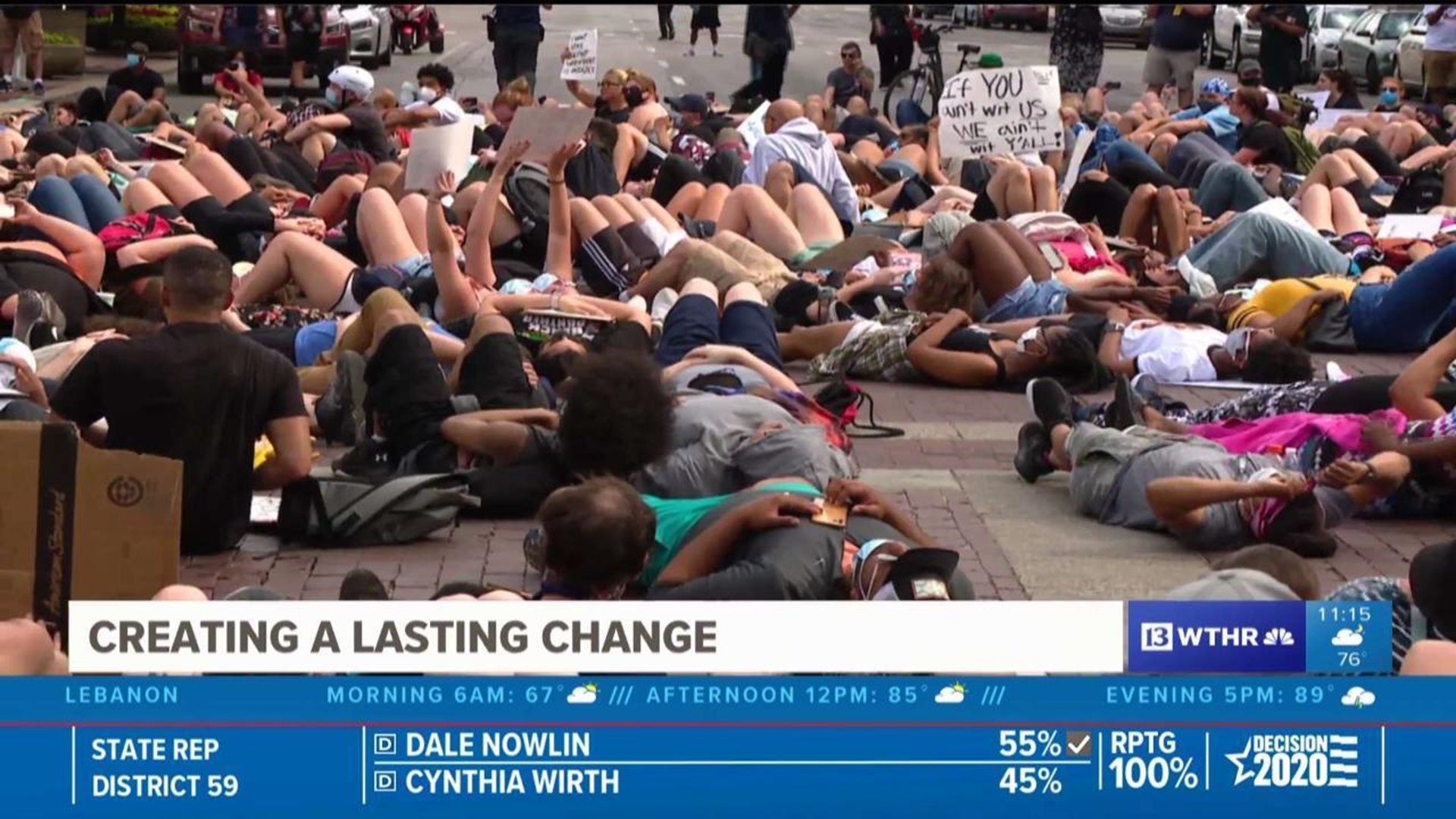 INDIANAPOLIS (WTHR) — As protests continue in downtown Indianapolis, demonstrators could be seen on the ground chanting "I can't breathe."

The plea for help uttered by George Floyd before he died in police custody in Minneapolis.​

Demonstrators there took a knee in silence for eight minutes and 46 seconds.​​

It was the same amount of time former Minneapolis police officer Derek Chauvin had his knee on the neck of George Floyd before he died. ​​

"To hear the brother down on the ground calling out for his mother on the anniversary of her death touched me in a way that I can't even explain," said Jeffery Hartfield of Broad Ripple who organized the event. ​ ​

"Make this world what it should have been years and years ago," said one woman who came downtown with her family, including her two children. "This is insane."

Thy want action taken even after the chanting stops. ​​

"Justice, reform of the police and the way they do business, the contracts they have that allow them to stay on the force and the policies they have in place on how they handle deescalations," said Shelley Gibson, holding a sign reading "Justice for All."

They are urging community involvement.​​​

"I was hoping to see tables where they were signing people up getting email addresses getting contact information, maybe even collecting money because it takes money to be able to activate," said Mark Gibson.​​

They want to find ways to heal the racial divide.​​

"And you can't look at me and think I am somebody that's not an issue just because I'm a very small white woman," Taylor said. "You should see everybody as not an issue, as not a problem just for being outside of their homes."

To build a better America. ​​​

"Fight them using your mind, going to the polls, getting the right people in the right places, making sure the right laws are passed," said Hartfield.​