Aaron Allan Jr. got a special ride for his first day of first grade. 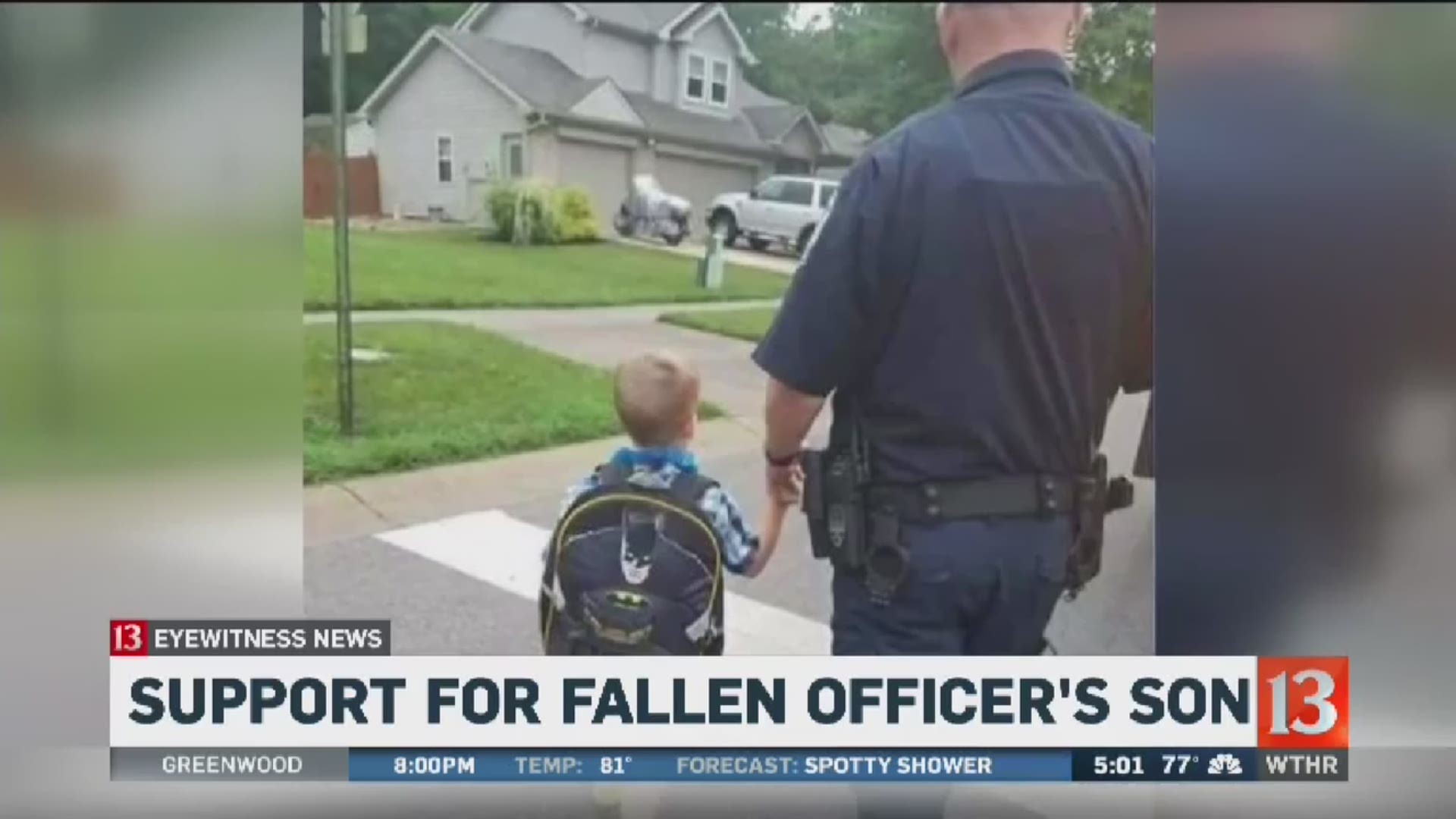 Aaron Jr. last saw his dad before his first day of Kindergarten when he walked him to the bus stop. Later that day, Lt. Allan was shot while responding to a crash involving an overturned vehicle.

This year, Aaron Jr. begins first grade, and his dad's colleagues wanted to send him off with a special gift. Police officers and sheriff's deputies in the area lined the street outside his home to welcome him to his first day of school.

Police officers lined the neighborhood streets to send off @SouthportPD Lt. Aaron Allan’s son, little Aaron, for his first day of first grade. His dad was killed just hours after walking him to the bus stop on his first day of school last year. @WTHRcom pic.twitter.com/4OUFwhY2ZY

Southport Police officers drove Aaron Jr. and some of his friends to school.

We were honored to take part in sending off fallen @SouthportPD Lt. Aaron Allan’s son to his first day of school this morning, along with @MCSO_IN, @CumberlandPDIN, @WayneTwpSchools Police. May this be a lasting memory for him and may we never forget his father’s sacrifice. #1ndy pic.twitter.com/llcvThRTQR

"We wanted to make sure this year we were here for little Aaron to make sure he got to school safe, just like his dad did about a year ago," said Southport Police Chief Tom Vaughn. "All those police cars down the street, Ididn't imagine that many officers coming. We talk about the blue family and today really showed we are a true family."

Police officers and sheriff's deputies in the area lined the street outside his home to send him off to his first day of school. They waved to little Aaron as he rode by with the window down.

"This was great, taking him to school," said Vaughn. "And then you know why you're doing it. And that's the sad part. It's like you get really up and really down. We talked about Aaron on the way home."

And they'll keep talking about him and keep remembering him, while also trying to live each day to the fullest.

"You never know what tomorrow's going to bring or later in that day," said Vaughn. "Be in the present, enjoy what's going on. You never know."

Allan's wife, Stacy, started a campaign called "First Day Hero" that encourages parents to spend time with their children on the first day of school by walking them to the bus, car, or school.