Police: Mother of deceased infant appeared to be intoxicated

A 3-month-old baby is dead and her mother is in the hospital after being missing for more than 30 hours. 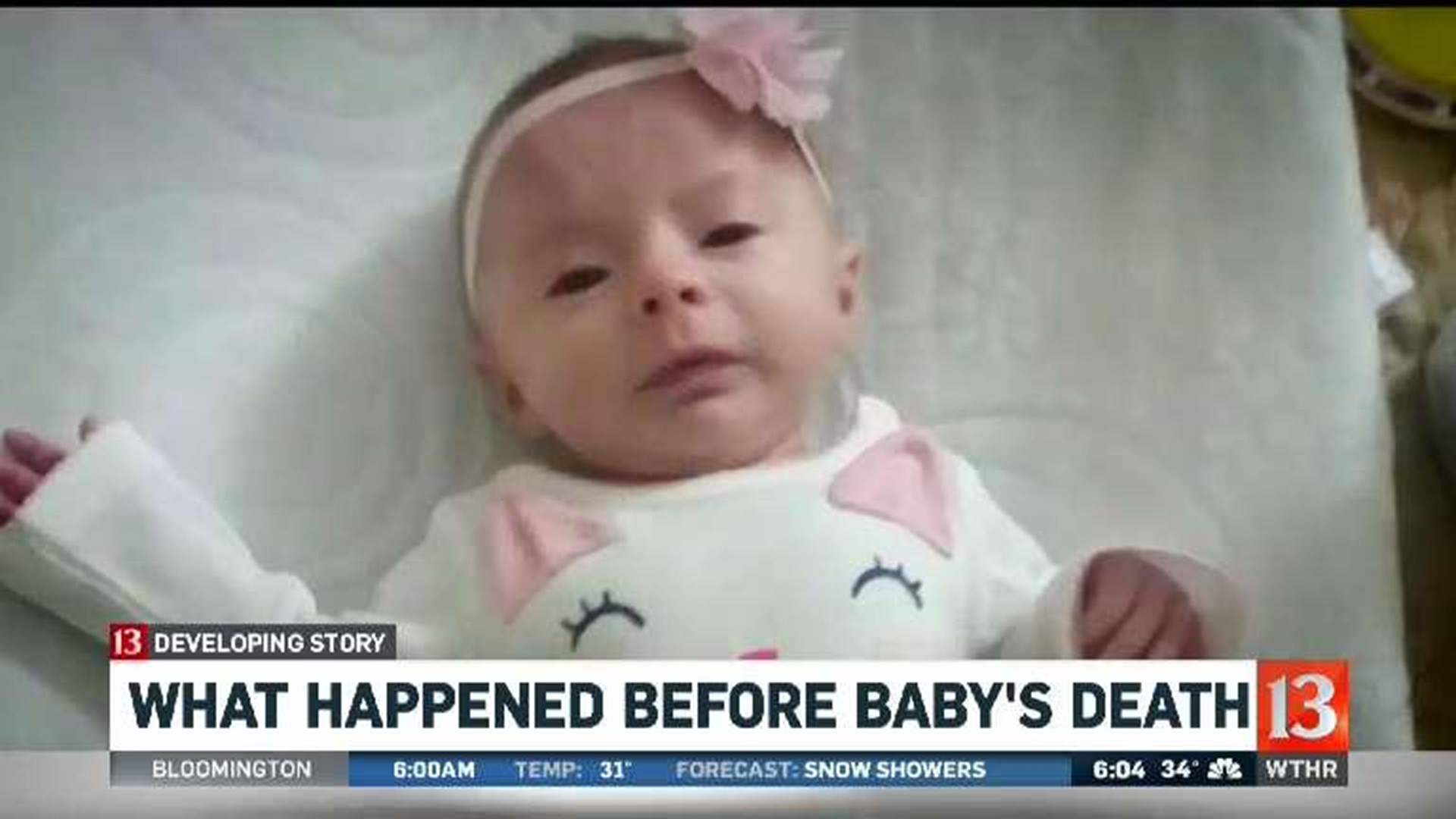 INDIANAPOLIS (WTHR) — A 3-month-old baby is dead and her mother is in custody after being missing for more than 30 hours.

Metro homicide detectives announced the arrest of 36-year-old mother McAfee in the death of her three-month-old Emma on Wednesday.

According to police, someone who lived in the north side neighborhood called police just before 3 p.m. Tuesday about a car in the 2600 block of Standford Court that seemed out of place.

When police got to the scene, they found Rachel McAfee and her 3-month-old daughter Emma, both who had been missing since Monday morning, inside. Emma was declared dead at the scene, according to IMPD Commander Chris Bailey. The detective on scene said that McAfee appeared to be intoxicated, according to court documents. A later search found a bottle of rum in the car.

The detective also said McAfee had "short term memory loss about the death of her child and no concept of time." It was about 9 degrees outside when police arrived to find McAfee and the baby.

Police also determined that the vehicle had run out of gas and the car's battery had died.

McAfee's husband, John, spoke with Eyewitness News just a few hours before getting the tragic news about his baby girl.

John McAfee said he realized his wife and daughter were missing when his wife didn't drop Emma off at his parents Monday morning as expected. He said his wife also missed a meeting scheduled for 11 that morning.

"My biggest concern is my daughter. She's only three months old. Obviously, she can't fend for herself. My wife can. My wife's not the most fit mentally, currently, so that's a big concern," John McAfee said earlier Tuesday, before the tragic discovery of his daughter.

According to McAfee, his wife had been struggling with depression.

"She had a little bit of depression going on. Just hasn't been her normal self," he said.

"Just a normal conversation. Just, 'Hey, babe. Love you. See you later'," he recalled. "Gave each other a kiss and walked out the door."

Hours later, McAfee and other family members were brought to the neighborhood where Rachel and Emma McAfee were found.

John McAfee was not allowed near the car.

"It's not something we can allow to happen, unfortunately. We've had that discussion with the father. It was not an easy thing to do," said Bailey.

Police don't know what brought Rachel McAfee to a neighborhood 20 miles away from her east side home, but said relatives live nearby.

"We believe there are some family members that live in the area," Bailey said.

McAfee's initial court hearing has been set for March 8 at 9:15 a.m. McAfee is being charged with Count 1 Neglect of a Dependent Resulting in Death, which is a level 1 felony.

The coroner is investigating the baby's death.

Anyone with information that could help investigators in this case is asked to call Crime Stoppers of Central Indiana at (317) 262-TIPS (8477).