Police issued a statewide Silver Alert for 8-month-old Amiah Robertson Tuesday after the baby's family reported her missing this past Saturday. 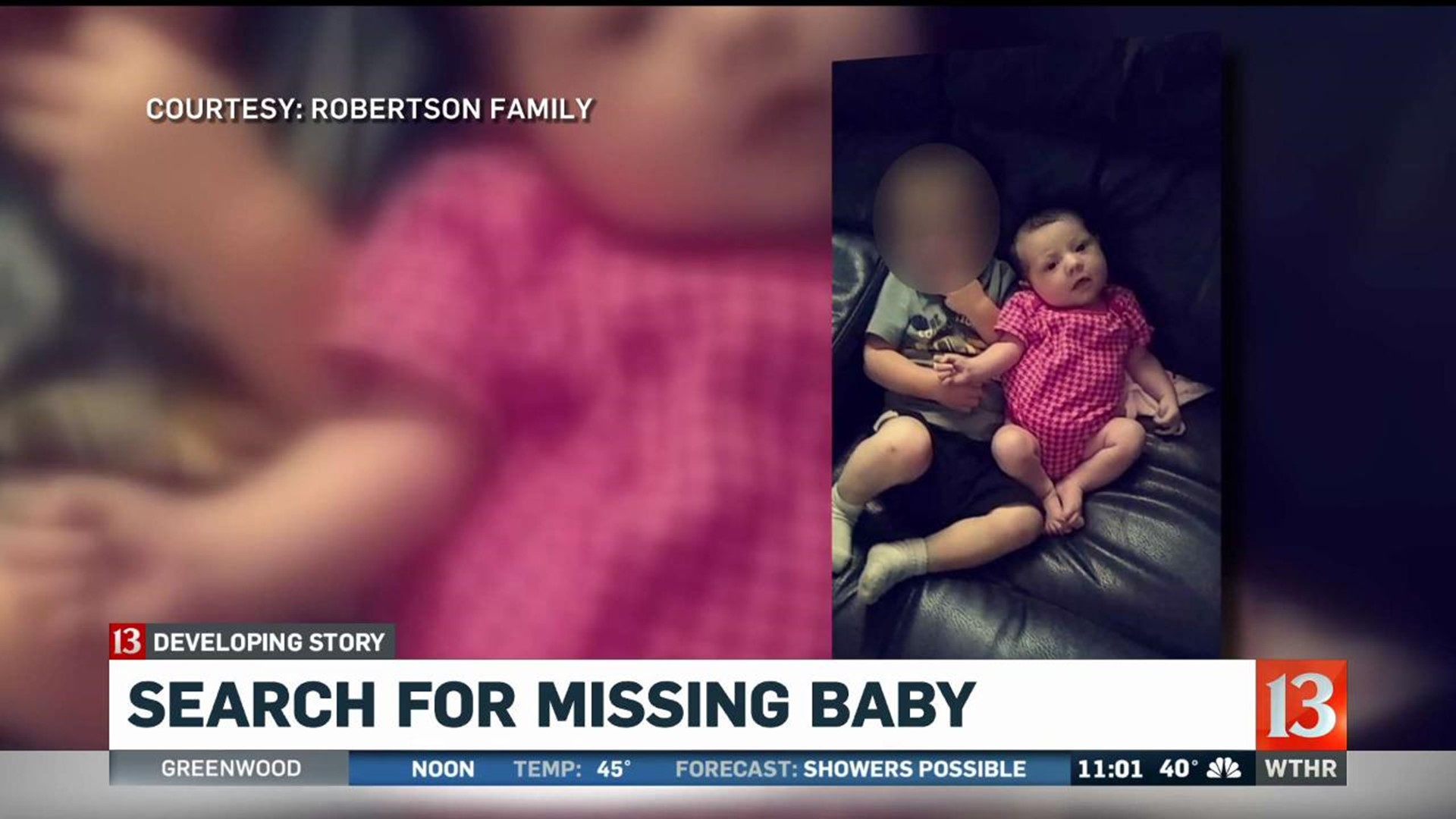 INDIANAPOLIS (WTHR) — Indianapolis Metro Police say the mother of a missing Indianapolis baby has "lawyered up."

Police issued a statewide Silver Alert for 8-month-old Amiah Robertson Tuesday after the baby's family reported her missing this past Saturday.

At the time, investigators say Amiah's family told them they didn't believe the infant was in any danger. After receiving conflicting stories, police decided the 8-month-old could be in danger, so they put out the alert.

"I'm hoping someone can reach out to my child and get her home safely," Amber Robertson, the baby's mother, told Eyewitness News.

Robertson said she doesn't know where her baby could be. She says the last time she saw Amiah was Thursday, before her boyfriend, Robert Lyons, was supposed to take the baby to a west side home.

"She was supposed to go to the babysitter's house on 229 South Holmes. She never arrived there," said Robertson.

"If you don't know where your baby is, what else can you say," said Tammy Beatty, who lives across the street from the home where Lyons was supposed to leave baby Amiah.

Beatty says she remembers seeing Robertson, a man, and the baby at that same house last week.

"I seen 'em coming in and out of the house with the baby. I've seen her sit the baby down in a car seat and act like she was distressed, like she had a lot on her mind," said Beatty.

Police say they've received conflicting stories throughout the investigation. While Robertson says she last saw Amiah Thursday, police say the child wasn't reported missing until two days later, and at the time, Amiah's family told investigators they didn't think she was in danger.

"I hope (Lyons) didn't do anything to her. I hope she can be brought home safely," said Robertson. Robertson says she and Lyons had been having difficulties because she was trying to reconcile with the baby's father.

On Saturday, police arrested Lyons on an unrelated matter.

"(Lyons) just kept telling me the statement, 'If you go with me by yourself, I will take you to go get the child,'" Robertson said. "I felt like I would be harmed, so I didn't go."