A game shop on the west side is picking up the pieces after a vehicle crashed into their business Wednesday afternoon. 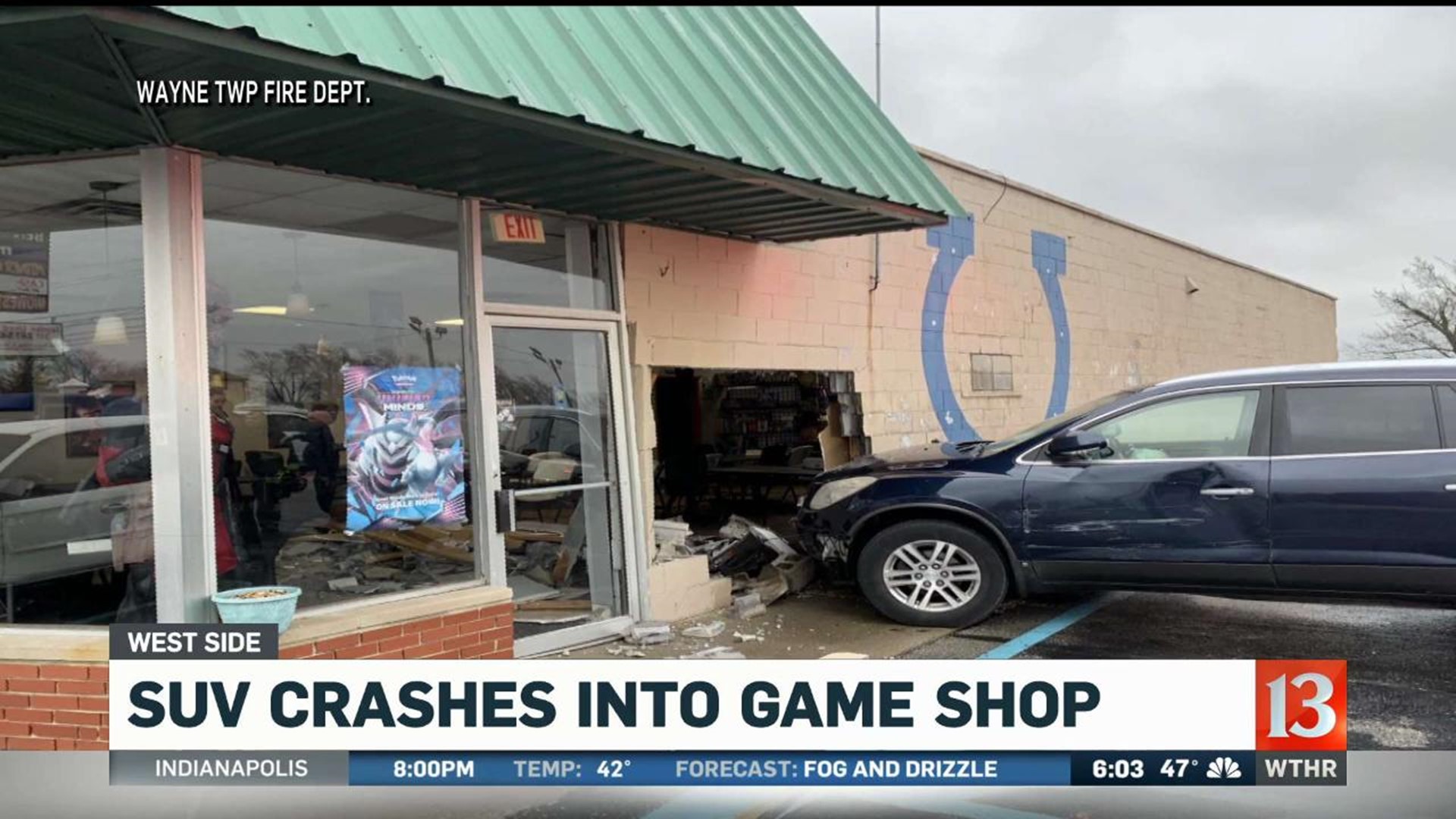 INDIANAPOLIS (WTHR) — A game shop on the west side is picking up the pieces after an SUV crashed into their business Wednesday afternoon.

The Wayne Township Fire Department responded to reports of a car into Midwest Gamez at 6667 West Washington Street around 3:30 p.m.

4 occupants of Midwest Games 6667 W Washington St escaped injury when a car crashed into the business. The driver fled after striking the building. pic.twitter.com/mJtQifeG6u

The female driver got out of the SUV and took off after crashing into the building.

Video from 6667 W Washington St of the female driver who fled the scene after she drove a car into the building. If you recognize this driver please contact @IMPDnews. pic.twitter.com/QqOi7XnixD

Wayne Township Fire Department shared a video of the driver on social media, in hopes of identifying the suspect.

If you recognize her, you are asked to contact IMPD.