Benjamin Dillon is accused of trying to abduct a 6-year-old girl from apartment complex near downtown Lebanon. 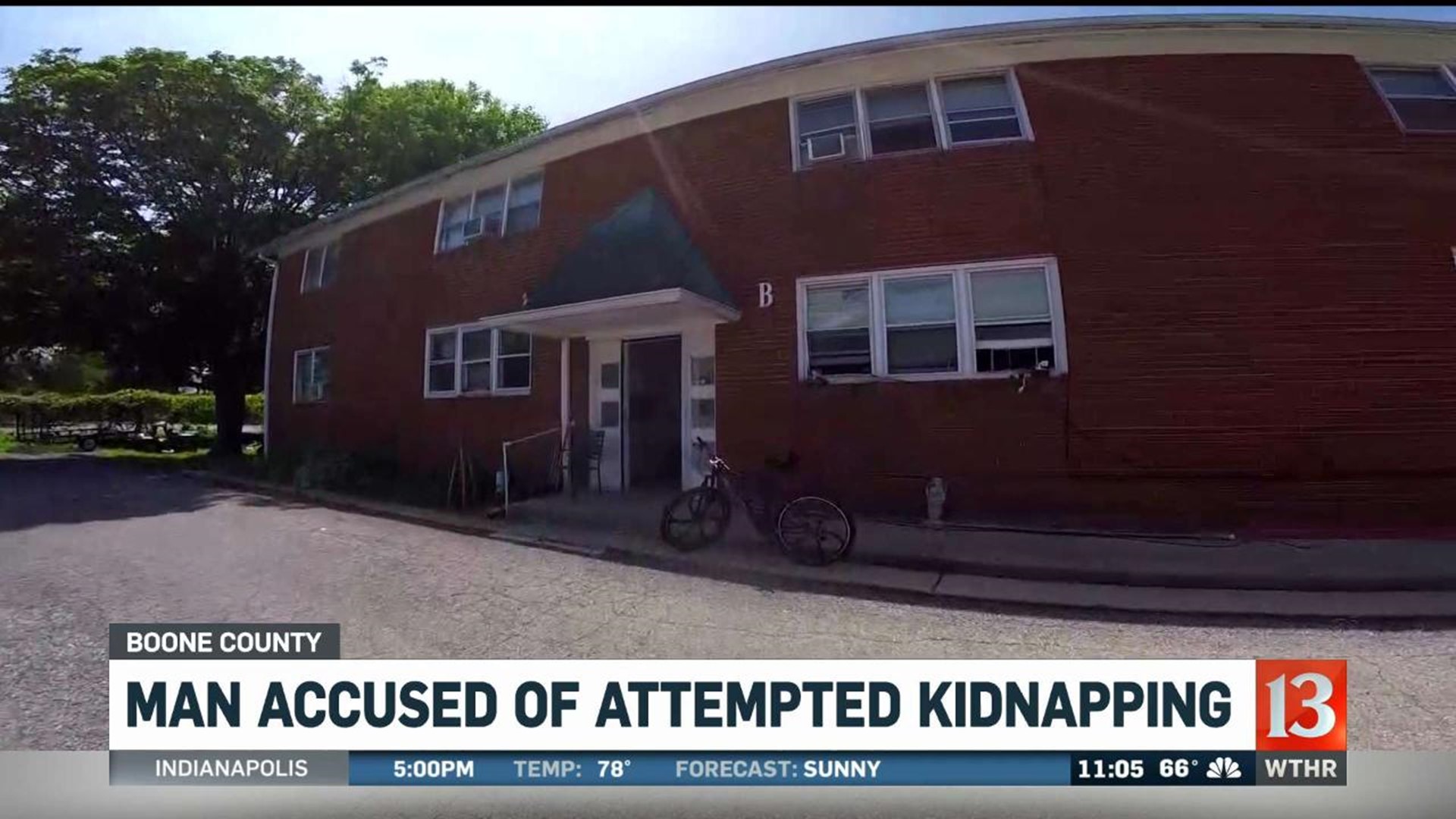 LEBANON, Ind. (WTHR) - A Lebanon man is in jail after police say he attempted to kidnap a girl from her grandparents' apartment.

Benjamin Dillon is accused of trying to abduct a 6-year-old girl from an apartment complex near downtown Lebanon.

"I feel scared that that happened," said Caitlin Spurlock, who lives across the parking lot with her children. "I have three kids and I don't want someone coming into my apartment."

Last week, witnesses say, Dillon kicked his way into the apartment in the middle of the night. The girl's grandparents, Martin and Patricia Roth, fought him off and kept him away from the girl until police arrived.

According to the police report, officers found Dillion outside "shirtless and very agitated, insisting there was a little girl in the apartment being raped" and "that the little girl was his daughter."

As many as eight police officers arrived.

The Roth's said they had never seen the man before and told police Dillon insisted he "was taking the child."

The police report said Dillon threatened "he would fight all of us and kill us" and clenched his fists.

Three stun gun shots had no effect. When officers finally subdued and handcuffed Dillon, he "then kept kicking us and screaming" according to the report.

The criminal allegations against Dillon include burglary, resisting law enforcement, and intimidation. He was awaiting trial on previously-filed drug charges

The girl told police she was not hurt, just scared.