Police K-9 off duty after biting woman hurt in crash

Investigators say Spike, who's been on the department for three years, never had behavior problems in the past. 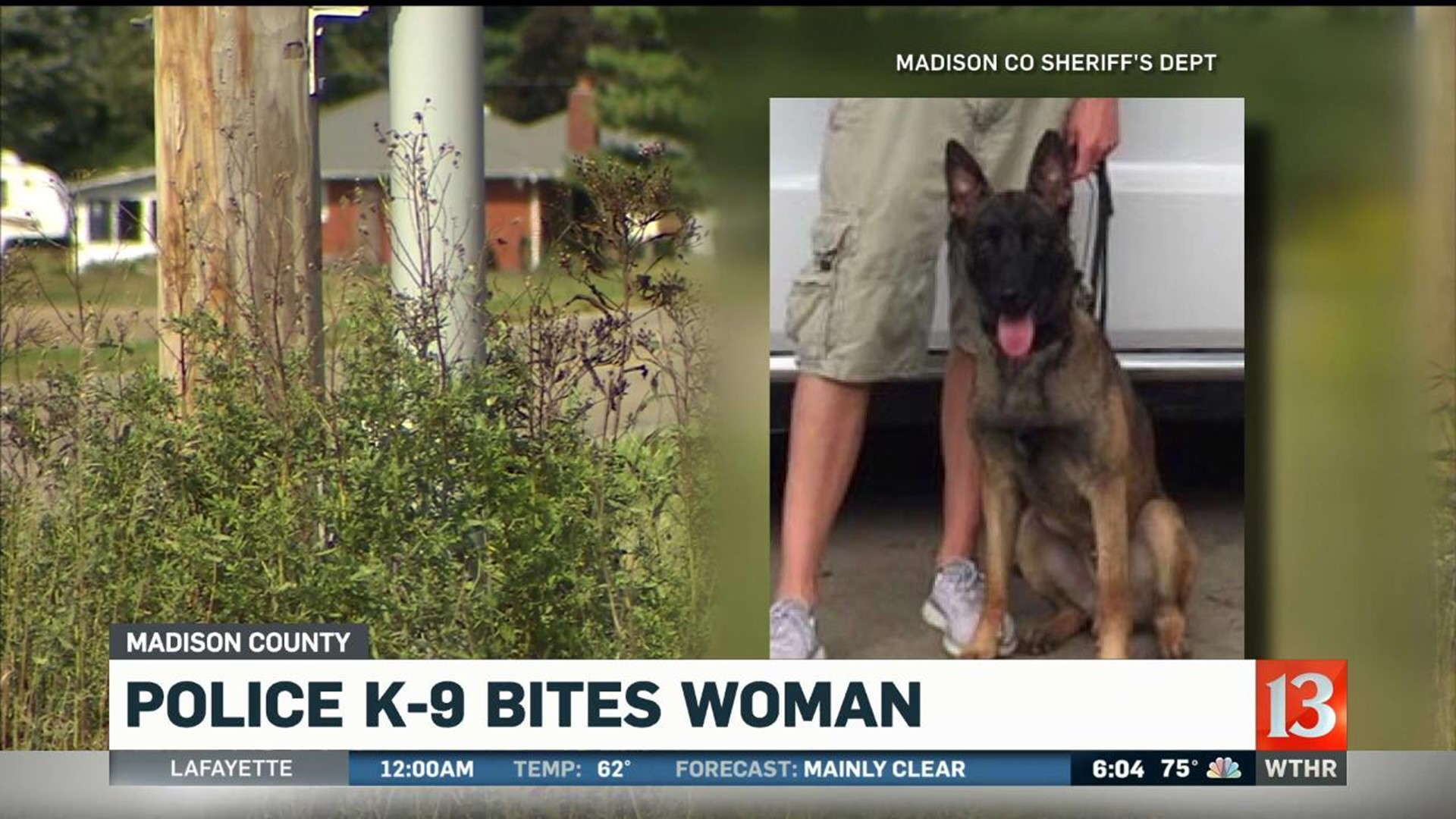 MADISON COUNTY, Ind. (WTHR) — A K-9 with the Madison County Sheriff's Department is taken off duty after biting a woman in need of help.

Deputies say the dog attacked her, after his handler responded to a crash scene Friday night. The woman had been thrown from a motorcycle in an accident.

Investigators say Spike, who's been on the department for three years, never had behavior problems in the past.

But just outside Alexandria, he somehow got out of his handler's vehicle and attacked not a bad guy, but an innocent woman from Anderson.

"It's a very unfortunate thing that has taken place. We don't know if there could've been a malfunction with the car, with the partition that keeps the K-9 in the back," said Chief Deputy Joey Cole with the Madison County Sheriff's Department.

Investigators say the victim crashed when clothing got caught in the motorcycle's wheel.

She and her fiance were waiting on an ambulance, when a deputy stopped to help near County Roads 1000 North and 100 West.

But moments later, Cole said the deputy's K-9 got out and bit her twice.

Now Spike's been taken off patrol and training experts are evaluating what should happen next.

"Putting him back on the road with doing nothing, maybe having some extra training or taking him off the road, those are basically the options we have," Cole said.

According to our partners at the Herald-Bulletin, K-9 Spike not only bit the victim, but also dragged her 15 feet along the road. Now as police investigate, the victim's trying to heal.

"We're sorry this has taken place. We don't know why it happened. We want her (the crash victim) to have a full recovery and you know we're going to get the dog evaluated and see where we go from here," Cole said.