Doctors are keeping a close eye on a young teenage boy who was shot at home Wednesday afternoon. 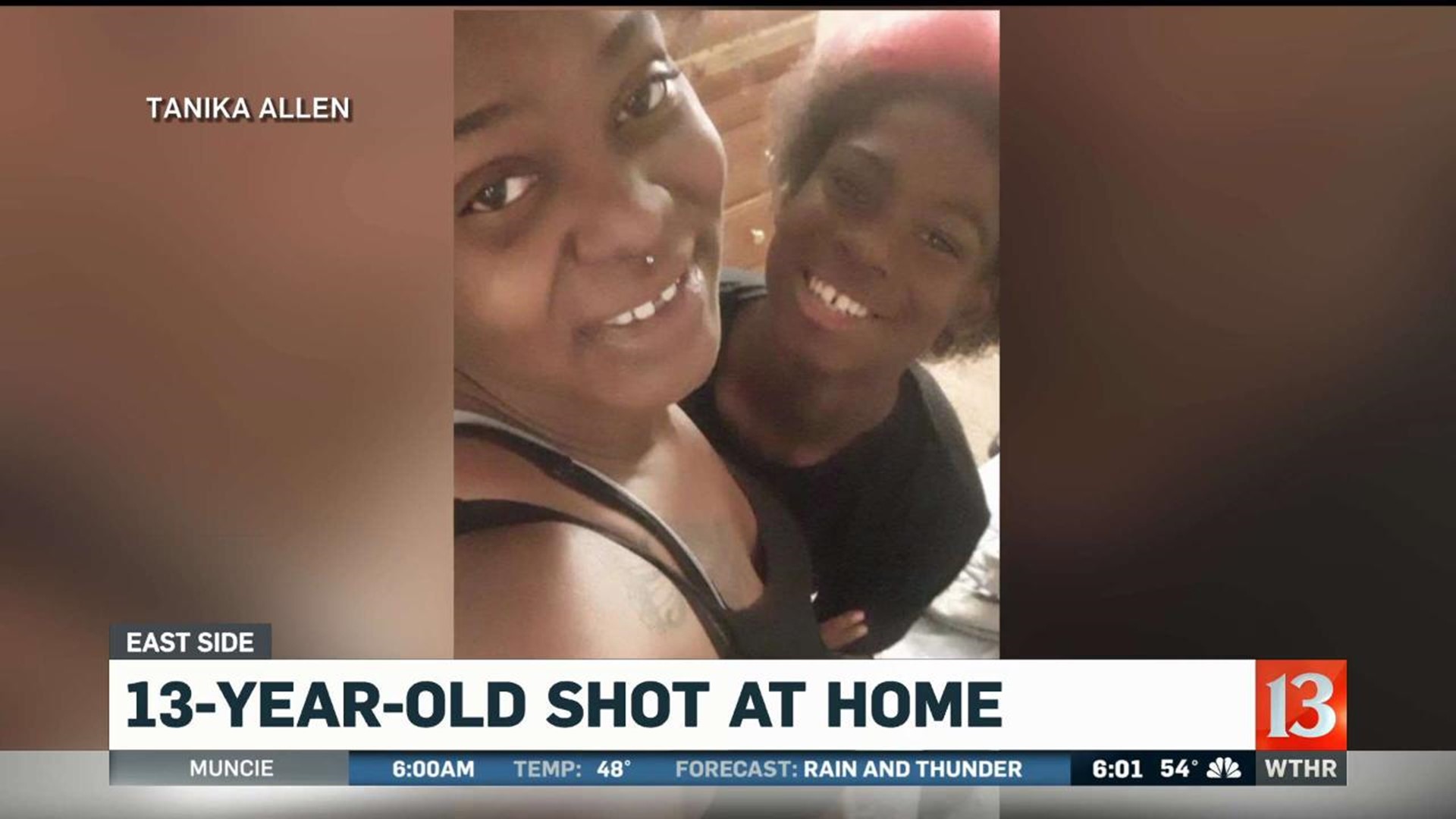 INDIANAPOLIS (WTHR) — Doctors are keeping a close eye on a young teenage boy who was shot at home Wednesday afternoon.

Tanika Allen shared a couple of her favorite photos of her 13-year-old son William Covington, Jr., who is often described as the life of the party. He attends Fall Creek Valley School and loves to dress up in a suit and tie.

On Wednesday William was shot in the chest inside their Post Brook Apartment on Indy's east side. The complex is located near East 42nd Street and Post Road.

Allen has been at his hospital bedside since the incident. Before the shooting happened, she had walked to a friend's apartment in Post Brook where she had planned to then walk to pick up William’s sister from school around the corner from the complex. While at the friend's apartment, William’s little brother started banging on the door. He told his mom that William had been shot.

Her younger son said the shooting was an accident. IMPD is trying to determine the moments before the shooting and exactly how the weapon ended up in the apartment. Allen told Eyewitness News that she does not own a handgun.

“Teenagers are naturally curious about guns,”Allen said. “I don’t even want to own a gun to have in my home, and that’s why I don’t.”

Detectives are questioning the boy's uncle and need to get more information from the 13-year-old himself. Allen plans to let her son explain to aggravated assault detectives what happened.

She doesn’t want any other mother yet alone another teenager to go through what her family is experiencing right now. Although she believes people have the right to own a firearm to protect their families, she hopes people realize the responsibility that comes with gun ownership. She is sending out a plea about gun safety to every family.

William will need to undergo more surgeries as part of his recovery.

Doctors at IU Health are closely monitoring him. When he is stable enough to move, the plan is to relocate him back to Riley Hospital for Children to continue his care. For now, he is not out of the woods as far as his battle towards recovery.

The shooting remains an ongoing investigation. Police are investigating it as an accidental shooting.