Semi crash on I-465 near Allisonville Road kills Michigan man

It happened just after 11 p.m. Wednesday. 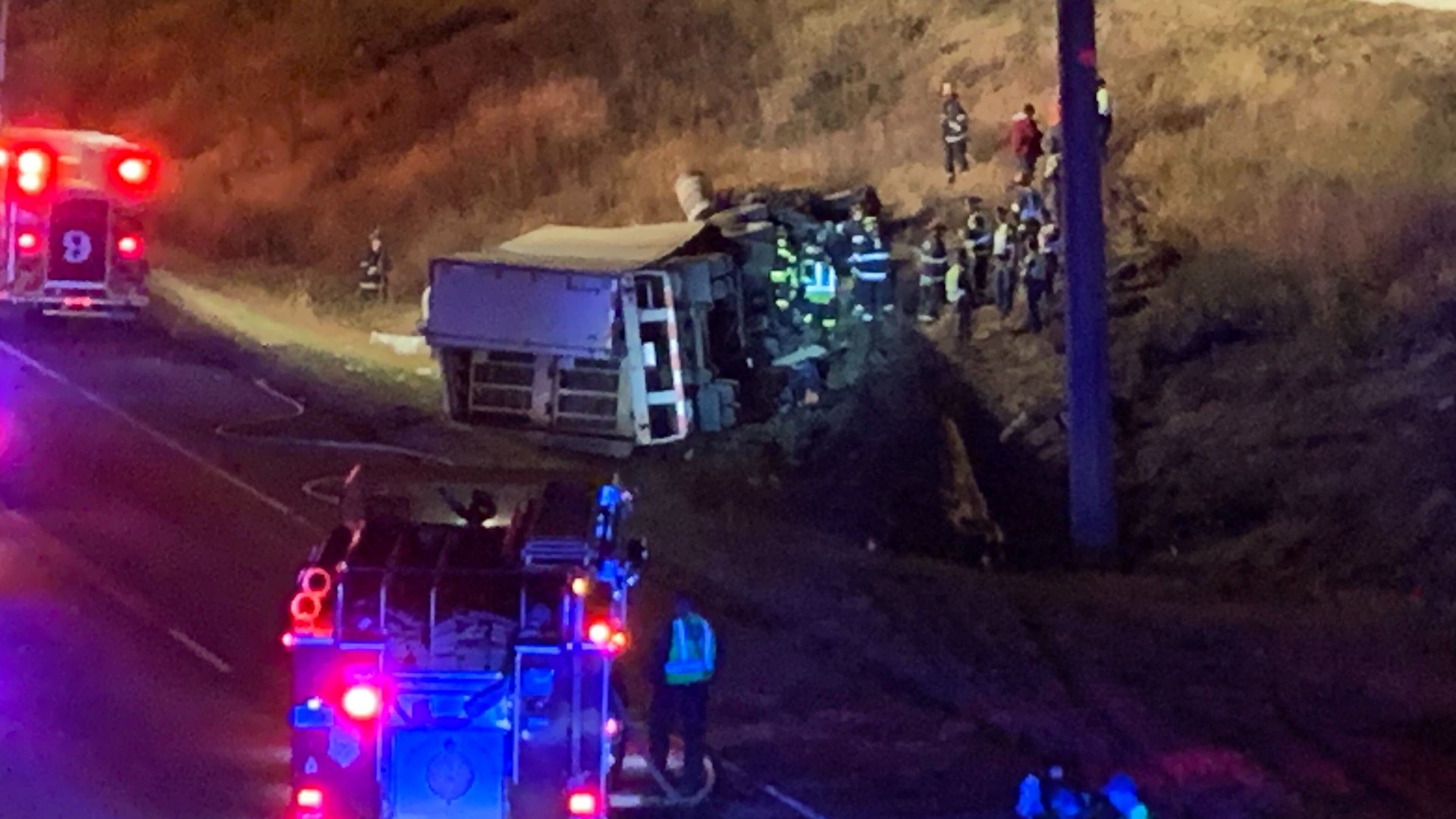 INDIANAPOLIS — A 61-year-old man has died after a semi crash on Indianapolis' northeast side. It happened around 11 p.m. Wednesday when a semi tractor-trailer overturned on westbound Interstate 465 around the Allisonville Road interchange.

Emergency crews found the trailer, which had been severely damaged, in a ditch. According to Indiana State Police, Douglas Pauly, of Bay City, Michigan, was driving the truck when he hit a large utility pole. The crash caused power lines to hang dangerously low to the ground.

Pauly was unconscious and unresponsive after the crash. He was pronounced dead at the scene.

Lanes were blocked near the crash but authorities did not close the highway. As of 1:30 p.m. Thursday, the entrance ramp from Allisonville Road to I-465 west remains closed for cleanup and utility work. An INDOT traffic map indicated the ramp would be closed for two days.