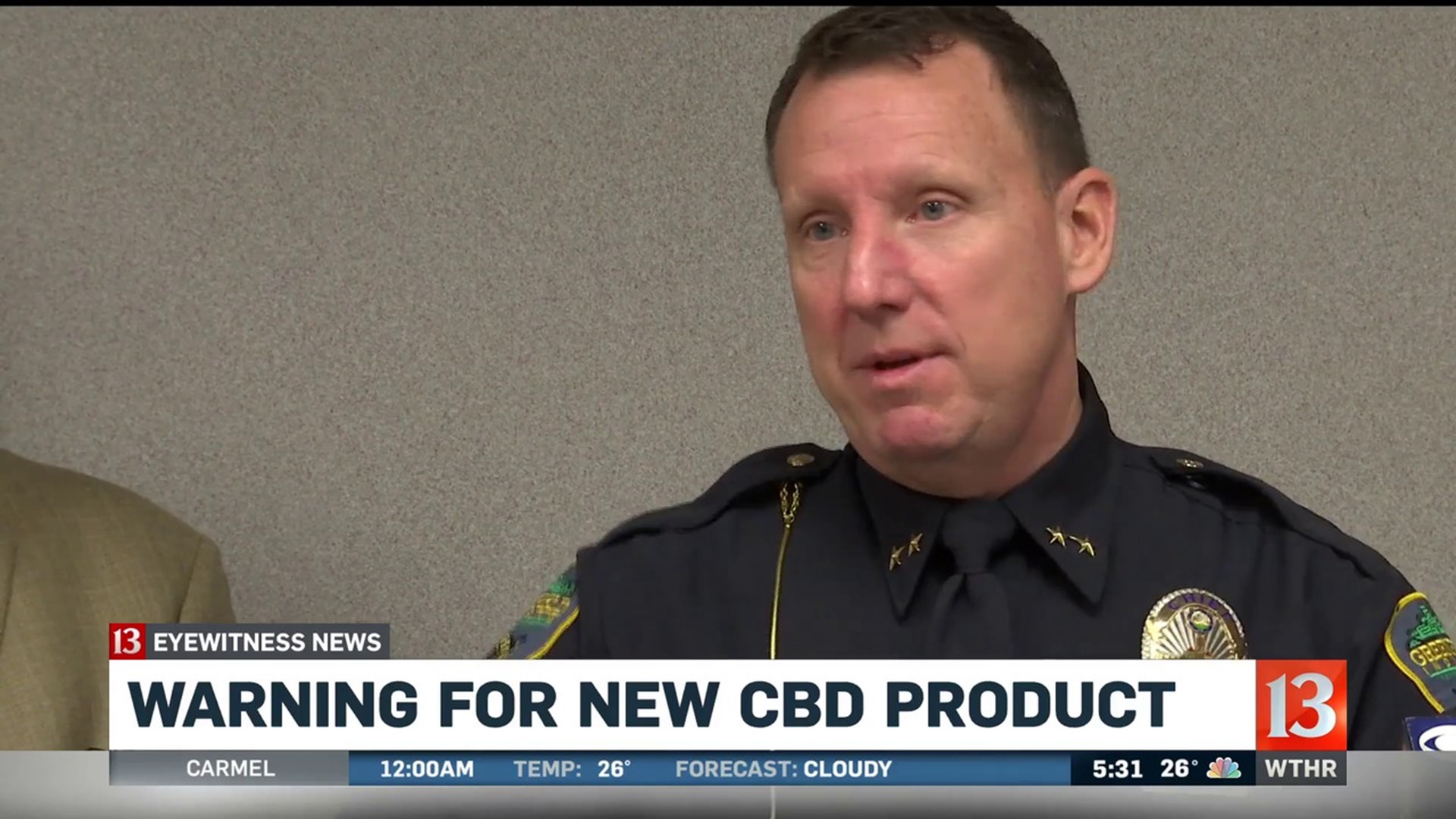 But according to the labels, they’re CBD products.

“Quite frankly, I am just stunned that they put this on the market,” said Greenfield Police Chief Jeff Rasche. “Any officer in the state of Indiana, if I were to hold this up and ask ‘through your training and experience what do you think this is?’ they are going to smell it and they are going to look at it and think this is illegal.”

Police asking retailers to pull to products called CBD flowers, focusing on two in particular that are distributed by Indy Hemp Company and Aspen Valley. Both gave positive results in a THC field test.

Under Indiana’s law regulating CBD, products can have up .3 percent THC. The problem that even law enforcement admits is they don’t have a field test to determine how much THC is in something.

Representatives from both Aspen Valley and the Indy Hemp company told Eyewitness news that, despite the look and smell of their products, everything they sell is in accordance with Indiana’s CBD law.

“The police department they really need to develop new testing for it,” said Jenny Ingram, who owns a vape shop in Hancock County.

Ingram says they don’t sell the particular products in question, but does sell other leafy CBD flowers.

“It’s newer but it’s not rare,” said Ingram. “The CBD that we carry we get batch tests every time. I believe it’s completely legal.”

But police say if you have an officer believes it to be pot, someone could still be arrested.