Man arrested Tuesday after dramatic police pursuit, crash on I-70

A man is in police custody and two people were hurt after a police chase on I-70 Tuesday afternoon. 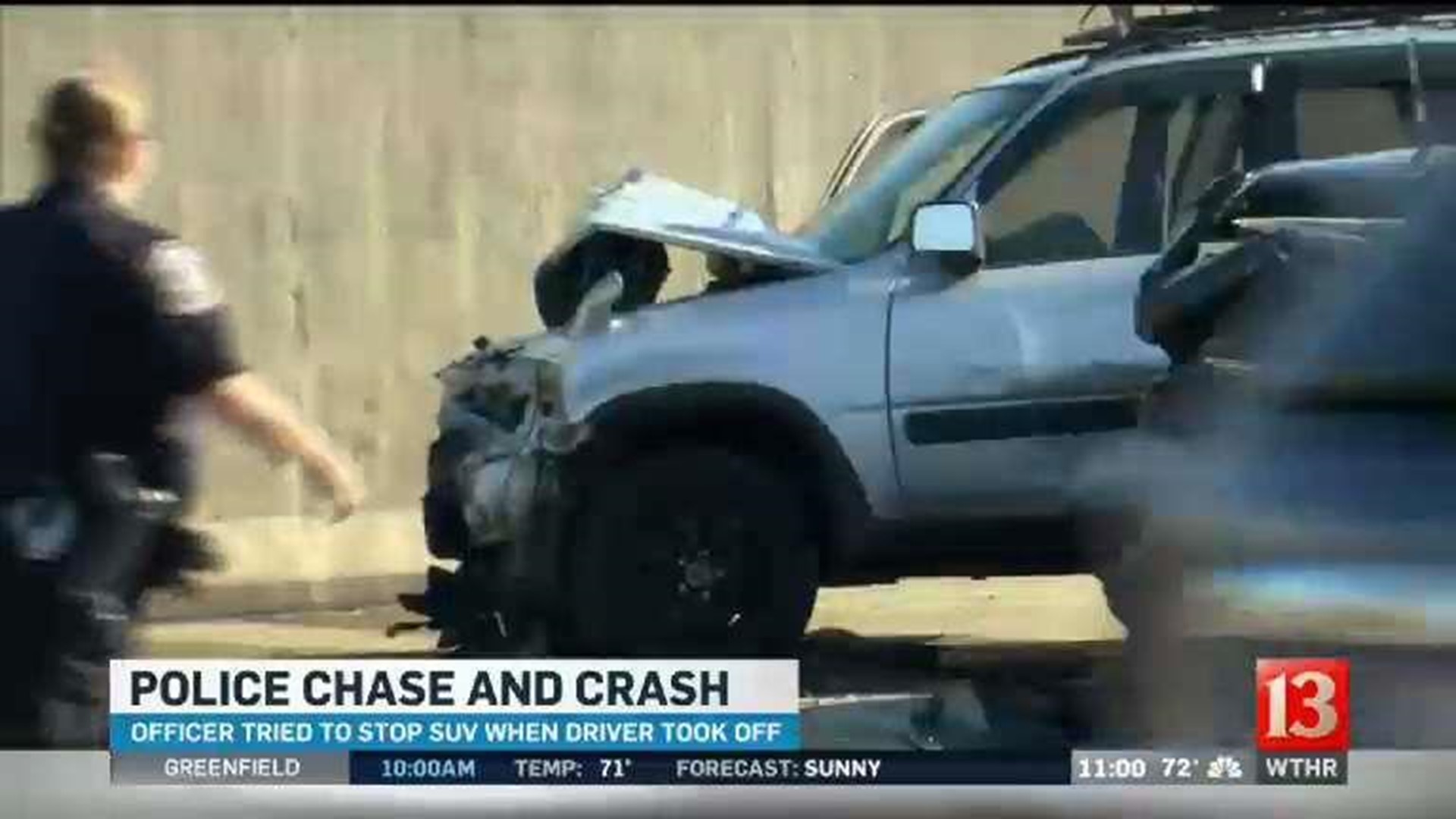 INDIANAPOLIS (WTHR) - A man is in custody and two people were hurt after a police chase on I-70 Tuesday afternoon. Police say the man was transporting drugs - and ran because he was on parole out of California.

It started around 3:35 p.m. on I-70 westbound near Post Road when a police officer with the drug interdiction unit tried to pull the driver over. He reportedly refused to stop, though, and at one point, drove the wrong way on I-70 westbound before turning back around and heading towards Indianapolis.

This accident plus police pursuit on I 70 with cops chasing man will tie up westbound traffic near Keystone pic.twitter.com/i50dDHqP2U

Police still working on why suspect was bound the wrong way on I 70 pic.twitter.com/fp1pDKlWRK

The suspect crashed into four other vehicles. The man then jumped out of his car, ran across I-70 near Keystone and he tried to break into a local business. Officers caught up with him and took him into custody before he was able to get inside.

"Our suspect made indications that he was on parole out of California. And that any further arrest would cause him to go back to prison essentially for life. So he was a little worried about that and decided not to pull over and comply with the law," said IMPD Major Richard Riddle.

Police say they found drugs and "a sizable amount of money that we believe was heading from the east-- heading back to the West Coast in his vehicle, that was narcotics related."

Kevin Shea video of capture of I-70 pursuit suspect. More on NIGHTBEAT at 11 pic.twitter.com/NLOnuzgprd

Meanwhile, drivers involved in the crash recounted some frightening moments.

"I heard tires screeching. By the time I looked back, the damage had already been done," said Frank Elliott, who was driving one of the cars the suspect crashed into.

"I guess it could have been worse, so yeah, I guess I am lucky right now," he added.

One of the other drivers is a medical worker. She said she also felt very fortunate to make it out largely unscathed.

And another female driver was on the phone with her husband telling him about the wrong way police chase she'd seen just a few miles back. Then, "All of a sudden I heard this big crash and that was it right there. She told me they hit her car and cops are everywhere," the victim's husband told us.

When asked what it was like to hear his wife crash, he said he was "Devastated. Can't believe what people get by with."

Two people were hurt, including one who was trapped inside their car for about half-an-hour. Both were taken to the hospital, but both are expected to be okay.

No officers were hurt.

Immediately after the crash, only one lane of I-70 westbound was getting by on the shoulder. All other lanes were closed. By 6:30 p.m., all lanes were back open and traffic was flowing freely.

@DavidMacAnally Frank Kelly at the scribes wreck on I 70 pic.twitter.com/fKjCzXsOEB

Rescue crews work to get person out of crumpled car at crash scene. I 70 westbound at Keystone. pic.twitter.com/BFteFX8CKR

@DavidMacAnally good idea to avoid westbound I 70 for now. You pic.twitter.com/9fV8r0pX9P

@DavidMacAnally two injured but none critically in five car accident I 70 keystone after pursuit. pic.twitter.com/Y3Y4jdBSiC

We expect to learn more about the suspect, including his name, Wednesday.