Police have made an arrest in the homicide of a woman found dead Friday at an apartment building on the downtown canal. 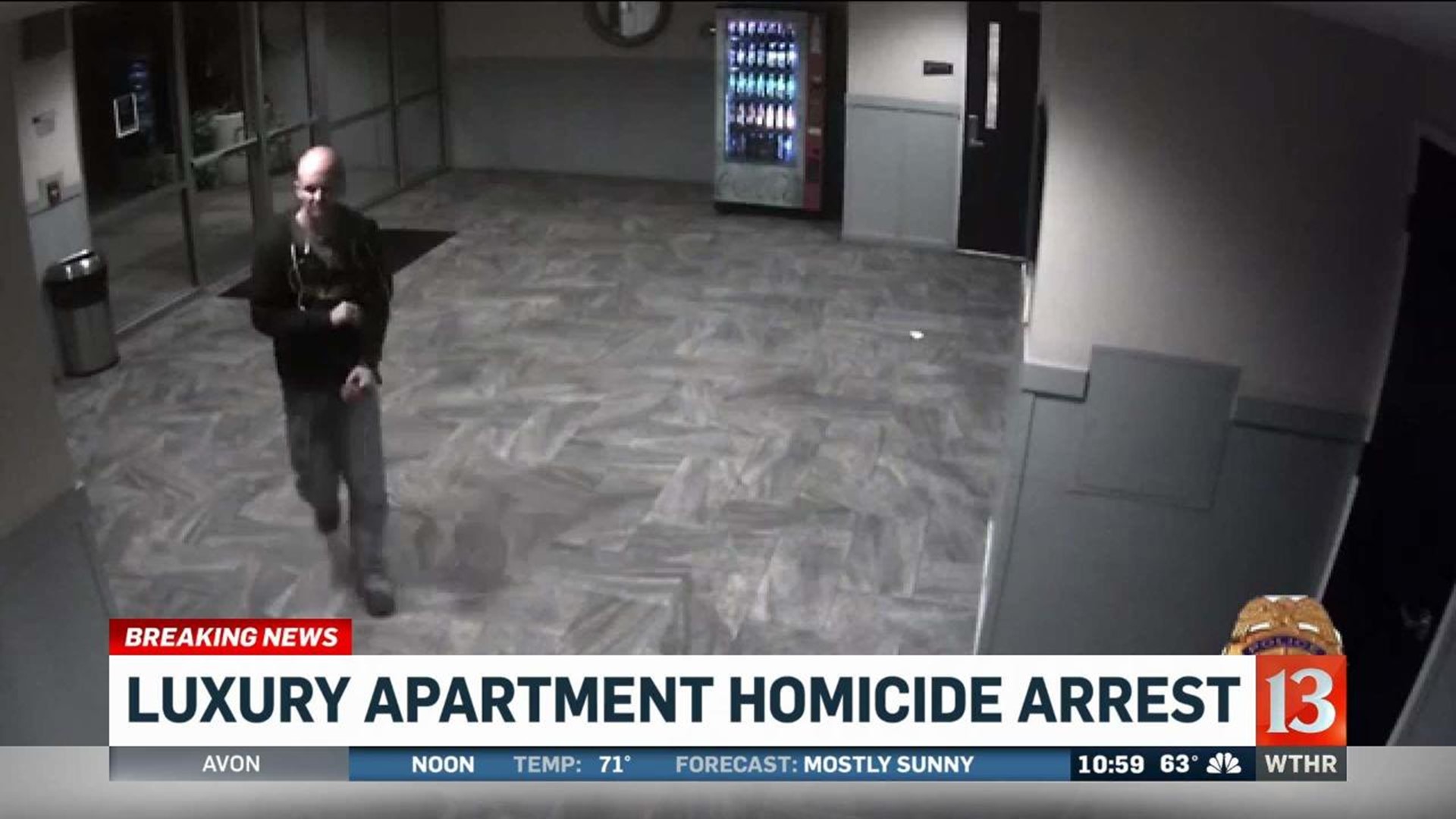 INDIANAPOLIS (WTHR) - Police have made an arrest in the homicide of a woman found dead Friday at an apartment building on the downtown canal.

The victim, identified late Friday as 23-year-old Carina Rodriguez, was found inside the fitness center at 9 on Canal Apartments late Friday morning.

Friday night, police announced the arrest of 25-year-old Cody Weir of Avon, the man seen in security camera video from the lobby of the fitness center released by investigators earlier in the day. Weir has been preliminarily charged with murder.

News of the arrest reached residents of Outside 9 on Canal late Friday night. It's been a long day for investigators and for people who live in this apartment complex.

"It makes me feel a little bit better that they caught someone," said one renter. "It's also nice that the cops are still here so when you come back at night there's just like some presence."

"It's definitely been bad for the victim and her family so I think it will be a relief for people to know who did it so they can have some peace,” said tenant Caroline Kitterman

"The whole thing is still kind of shocking,” said another resident. “You wouldn't think that would happen here but we are relieved for sure.”

Eyewitness News learned from IMPD that detectives have ruled out gunfire and that the woman suffered fatal traumatic injuries.

Caitlin Riggs works nearby and never thought anything like this would happen on the canal.

“These apartments here are pretty nice so I never thought anything like that would happen here,” said Caitlin Riggs.

Riggs suspects it may have happened late night because she was in the area around 4 a.m. after getting off work and didn’t notice anything suspicious.

She has made it a habit of carrying pepper spray and even plans to add it to her key chain, just in case.

Crime scene workers gathered evidence from the fitness center. Police expect to learn more from the autopsy that is scheduled for Saturday morning.

IMPD detectives canvassed the area for clues by talking to people about what they may have seen or heard near the fitness center. IMPD also sent some of its downtown district officers to talk to local residents and businesses in an effort to calm fears about the unexpected deadly violence.

“It certainly is uncommon for this downtown area," said Sgt. Kendale Adams. “This is a very safe community here.”

The investigation will also include looking at surveillance video from security cameras mounted outside the fitness center. No word yet if exterior cameras also recorded the person of interest.

Amanda Burnett works in the health care field and recently moved into the 9 On Canal Apartments.

Since moving in she had felt reasonably safe downtown.

“I have never had concerns in the past because you need keys and stuff to get in and it's a safe area. But I am kind of concerned now,” said Amanda Burnett.

After a day of crime scene analysis, a contractor arrived late Friday to clean the homicide scene. But there's no erasing the impact on people who live here.

We asked tenant Aimee Marsh if the person in the video looked like anyone she had ever seen.

"No, but like that's the one thing I checked, the video, so I could lookout for the person because I leave for work when it's dark and that's the one thing that's always on my mind. The person I knew who lived here is extremely scared. The fact that they can't provide security to the residents is a big deal."

Residents told us they have felt very safe here. They said the door from the street to the lobby is often an unlocked public entrance, but it requires a key fob to access the gym where the victim was found.

“I really hope the girl wasn't being nice and letting someone in just because I know I've done that with residents. I've been there,” Marsh said.

Resident Caroline Kitterman said she had planned to be in the gym this morning.

"I was going to work out, I set my alarm for it,” said Kitterman. “I've been sick so I decided I needed to sleep so I didn't go.”

That was about 6:30 this morning, when the victim's body was discovered in the gym.

“It looks like he was walking into the gym and then out of the gym and to the parking garage,” Kitterman said as she studied the video.

"It’s definitely surprising because it's pretty calm normally. It's kind of shocking. Makes you think you should be on the lookout."

Anyone who has information about the investigation can call Crime Stoppers at 317-262-TIPS.