Plant-based meat: Sunrise puts it to the taste test

The Impossible Burger is now being sold at Burger King restaurants nationwide.​ But is it actually healthier? 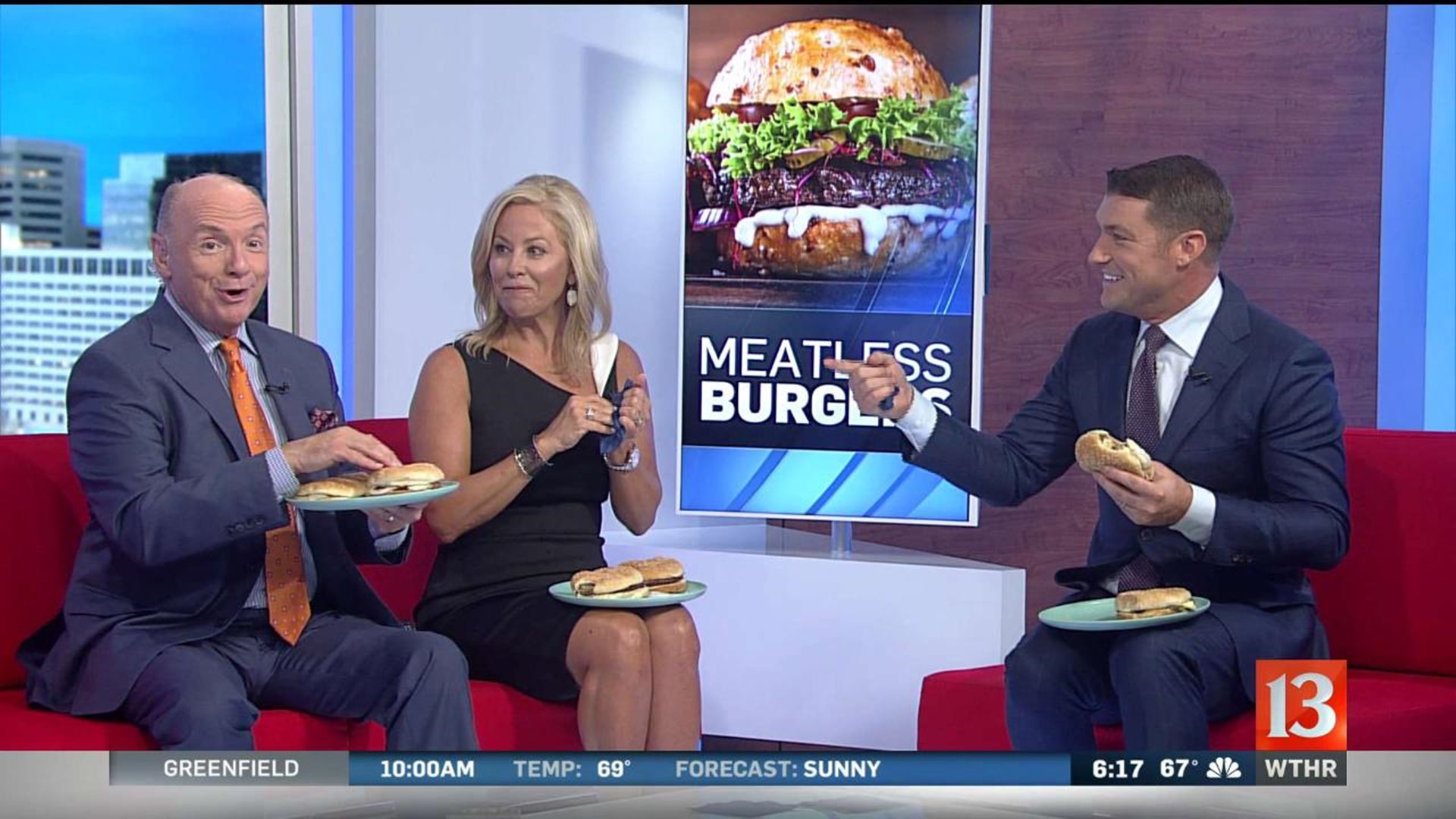 INDIANAPOLIS (WTHR) – There is nothing new about veggie burgers. Many restaurants have been selling them for years, but let's face it - they don't taste like a juicy burger.​

But now, there’s a possible game-changer.​

Meat made in the lab that actually tastes like meat?​

The Impossible Burger is now being sold at Burger King restaurants nationwide.​

According to Impossible Foods' website, the company develops plant-based substitutes for meat products.​

They claim their lab-made meat looks, cooks and tastes just like the real thing.​​​

We lined up a panel of meat-eaters and one vegan to taste test the Impossible Whopper, and find out what all the buzz is about.​​​​

Eyewitness News lined up a panel to taste test some burgers. (WTHR Photo)

Our volunteers from Community East Hospital all agreed the Impossible Burger looks just like the real thing, even though it's entirely made from plants.​

Catherine Le, who eats meat, says first of all, she is surprised by how much the Impossible Burger looks like real meat. ​

"This is Impossible burger, but it looks like a real burger," Le said. "I've never seen that before. The texture is just like meat and the taste, flame broiled."​

Bridgett McDaniels, another one of our volunteer taste testers, is a vegetarian. She says she might even be fooled into thinking the Impossible Burger is the real thing.​

"As someone who doesn't eat meat, I would look at this and go, 'I don't know if that is meat,'" McDaniels said.

The scientist behind the Impossible Burger didn't create it with health benefits in mind, but rather what he calls the "destructive environmental impact of using animals for food.​"

The company says making meat in the lab, uses 95% less land and 74% less water, and it emits about 87% less greenhouse gas than making a ground beef burger patty from cows.​​

But is it healthier?​ Not neccesarily.​​

The original Whopper has 660 calories and 40 grams of fat.​​

The Impossible Whopper has 630 calories and 34 grams of fat. It does have significantly lower cholesterol with 10 milligrams compared to 90 milligrams.​

Hurd thought the Impossible Burger tasted just like the real Whopper and says he doesn't think his kids would know the difference.

"I am going to buy it for my son and tell him it's a Whopper and he's gonna think its a Whopper but its not. He'll never know," said Hurd.

You can also get the Impossible Burger as a slider at White Castle restaurants. ​