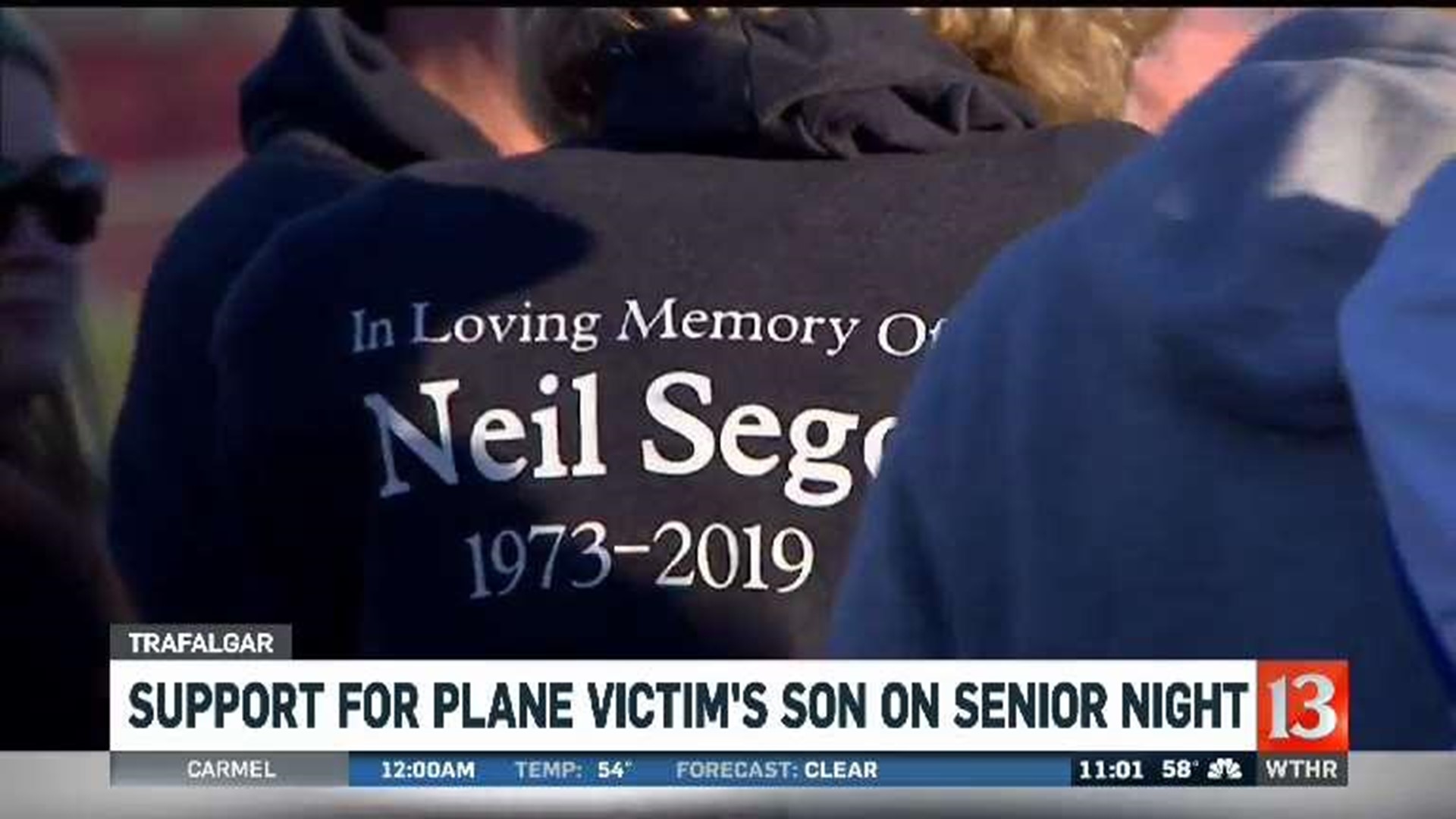 TRAFALGAR, Ind. (WTHR) - Senior Night is typically about celebration, the accomplishments of student athletes and others.

But the mood Friday at Indian Creek High School Friday was noticeably heavy for a family.

And one player in particular.

Owen Sego's father wasn't there, but the rest of his family was. Strength in numbers.

The game is less important today, but there wasn't a chance Owen Sego was going to miss it.

This one is for his dad. Neil Sego died Thursday, one of three Indiana men killed when a plane crashed near Lansing, Michigan.

"He's hurting bad," said Scott Sego. He's taking it really hard, but he also knows that his dad would be wanting him to do what he's doing right now.

"He flew all the time," Scott said. You know, you say 'hey, be careful, you don't want anybody to get hurt' and he would just show back up and everything is fine, and yesterday was obviously, you know, one of those days. He was a coach, a mentor, a dad, a Boy Scout leader, just an all around good guy."

"He was such a great man," said Neil's mother Karen, who came to be with Owen Friday. In fact, much of the family was there. Neil's mom sid it helps to watching her grandson.

"It was very difficult for him to get out there and play, but he is out there playing for his dad," Karen Sego said.

It's a night where football doesn't really matter, but somehow, at the same time, it means so much.