Police in Lebanon confirm a small plane has crashed near the Boone County Airport. 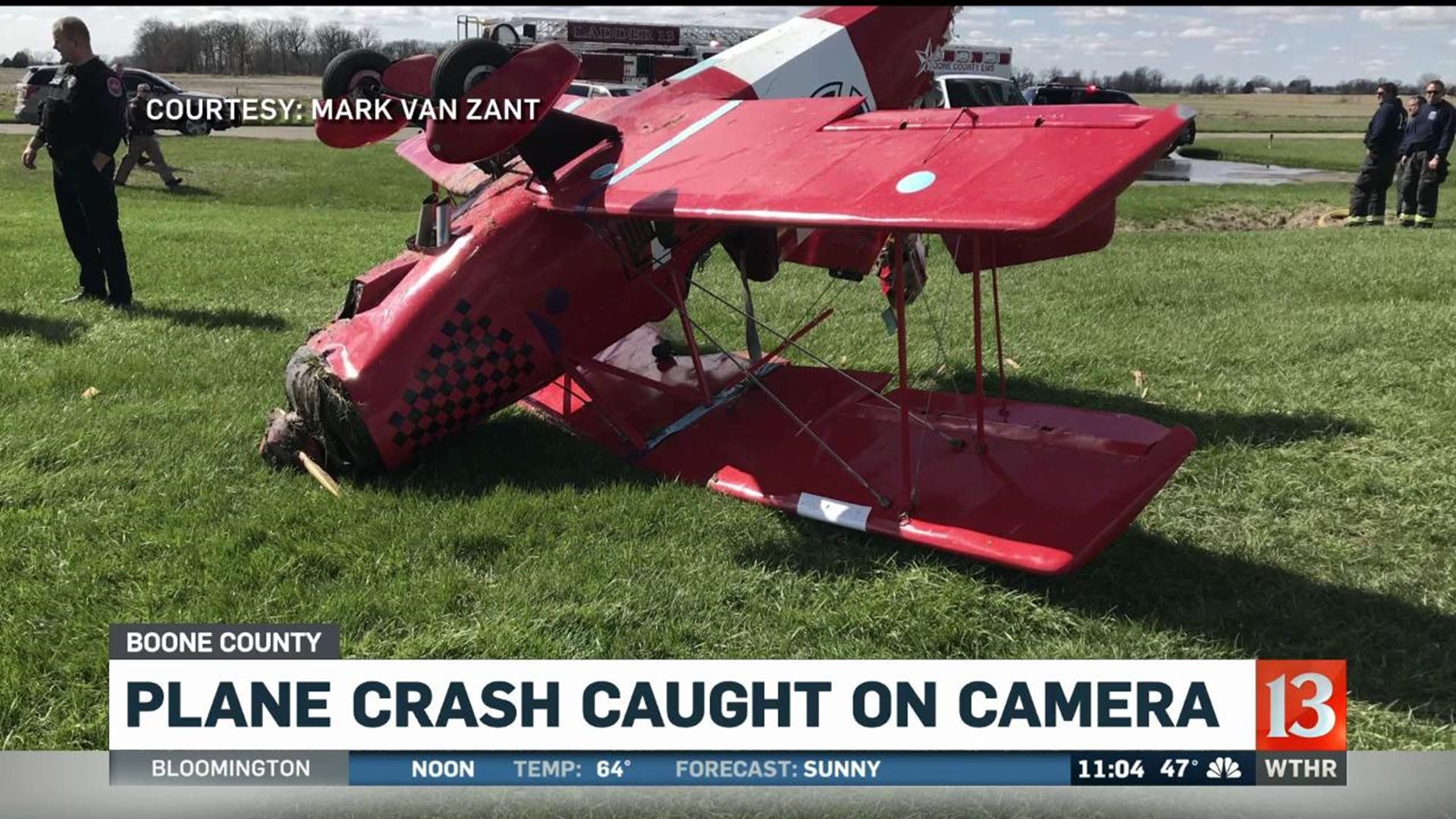 LEBANON, Ind. (WTHR) - An Indiana pilot went to the hospital after his plane went down Monday afternoon at the Boone County Airport.

He only has minor injuries, thanks in part to other pilots who rushed over to help when they saw the crash.

One of those fellow pilots, Mark Van Zant, even took cell phone video of the accident, which the NTSB is now using in its investigation.

That video shows the moment the small experimental 1972 Houlihan RTH Jungster Bi-Plane flipped and crashed on a grassy runway.

Van Zant, a pilot and mechanic himself, was working on his own plane at the Boone County Airport around 4:00 Monday afternoon. He said he took out his phone and started recording when he saw the aircraft do a touch-and-go, then make a few low passes as if it was in trouble.

"I kind of thought something might happen, but I was hopeful it wouldn't happen and then it did happen," Van Zant said.

Investigators say 55-year-old James Petko of Mishawaka was flying the bi-plane. Petko later told rescuers he was headed north from Bloomington and wasn't familiar with this airport. He didn't know that after heavy rains one area of the grass runway tends to flood.

"It put him closer to where the water was at the end of the runway and shortly after he touched down and landed, his whole plane flipped over upside down," Van Zant said. "Thankfully there was a bunch of other guys out at the airport that day because normally there's not somebody out there."

Van Zant and three other guys hopped in their trucks and raced to the runway, where they say Petko was trapped and bleeding - the nose of his plane, stuck in the mud.

"They were able to flip the plane over and get him out. He was pretty dazed but he was alert," Van Zant explained.

Investigators say Petko had only minor injuries after that landing gone wrong. He told Van Zant he was running low on oil at the time of the accident.

The FAA and the NTSB are now investigating, using Van Zant's video to help in that investigation.