Irby was part of the women's 4x400 meter relay team that won gold in Tokyo. She also won a bronze medal in the inaugural 4x400 meter mixed relay. 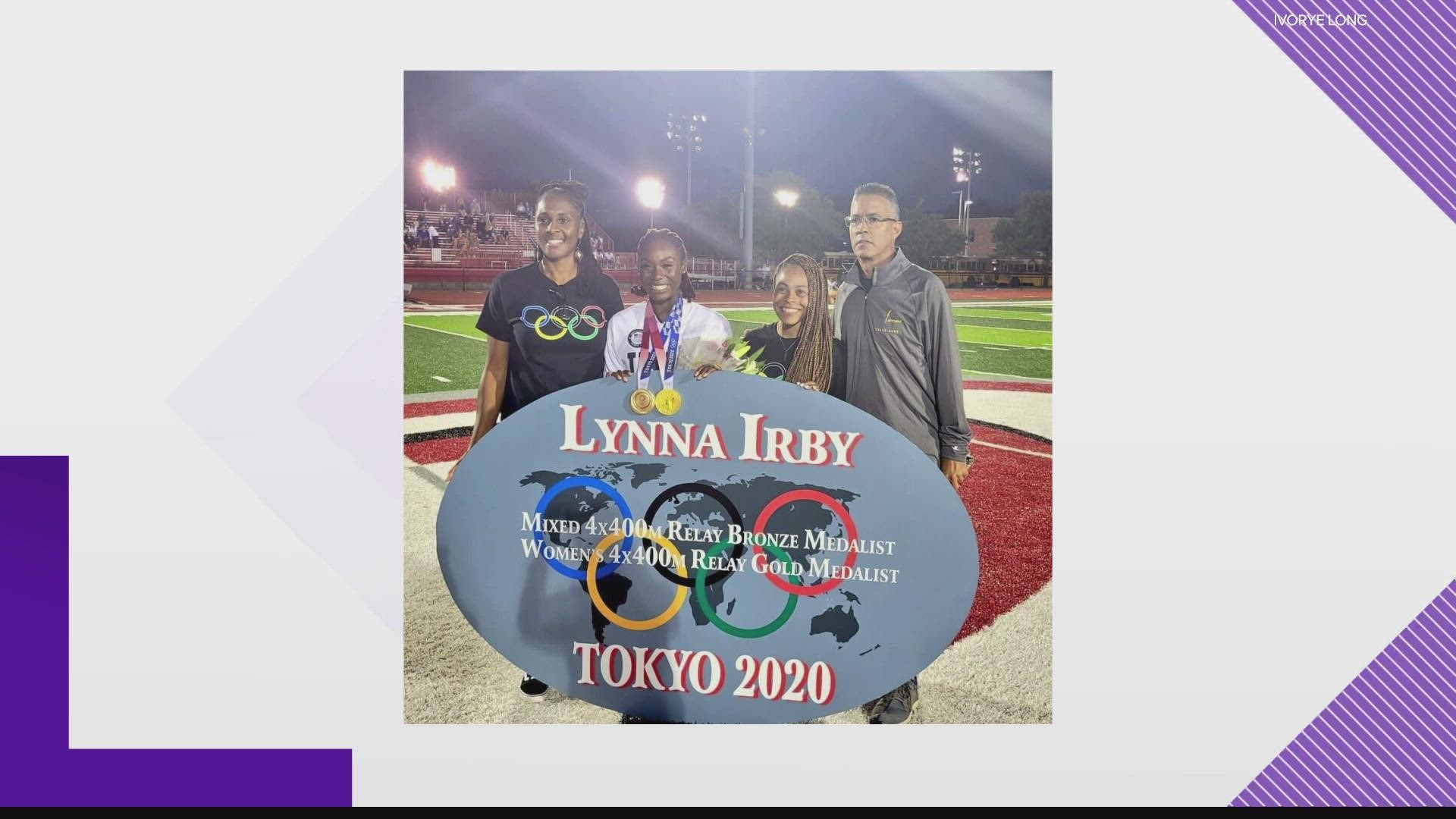 INDIANAPOLIS — It's been a fun welcome home for Olympic sprinter Lynna Irby. The Merrillville native and Pike High School graduate won two medals, including a gold, in Tokyo.

Pike High School recognized her at Friday's football game. Indiana Governor Eric Holcomb attended the event to be a part of her big welcome home.

Amazing athlete & incredible person! We are so proud of & happy for you Lynna! @monalynna_smile#PikeProud #PikeFamily ❤ pic.twitter.com/b8xEYTAKta

She also won a bronze medal in the first-ever 4x400-meter mixed relay event.

The U.S. team of Elija Godwin, Irby, Taylor Manson and Bryce Deadmon won their first qualifying heat, but were disqualified immediately after the race because Irby was lined up outside the handoff area where she was supposed to take the baton from Godwin.

However, they were reinstated after Olympic officials determined that a race official had placed Irby in the wrong spot — and so it wasn't hers or the team's fault.

Credit: AP/Francisco Seco
Lynna Irby of the United States after anchoring her team to win a semifinal of the women's 4 x 400-meter relay at the 2020 Summer Olympics, Thursday, Aug. 5, 2021, in Tokyo, Japan.

The U.S. team won its bronze medal in a time of 3:10.22. Poland was the surprise winner, with the Dominican Republic taking the silver, after also being reinstated.