Southport will not be allowed to play in the IHSAA Boys Basketball Tournament this season after recruiting violations of a foreign athlete by the team's coach. 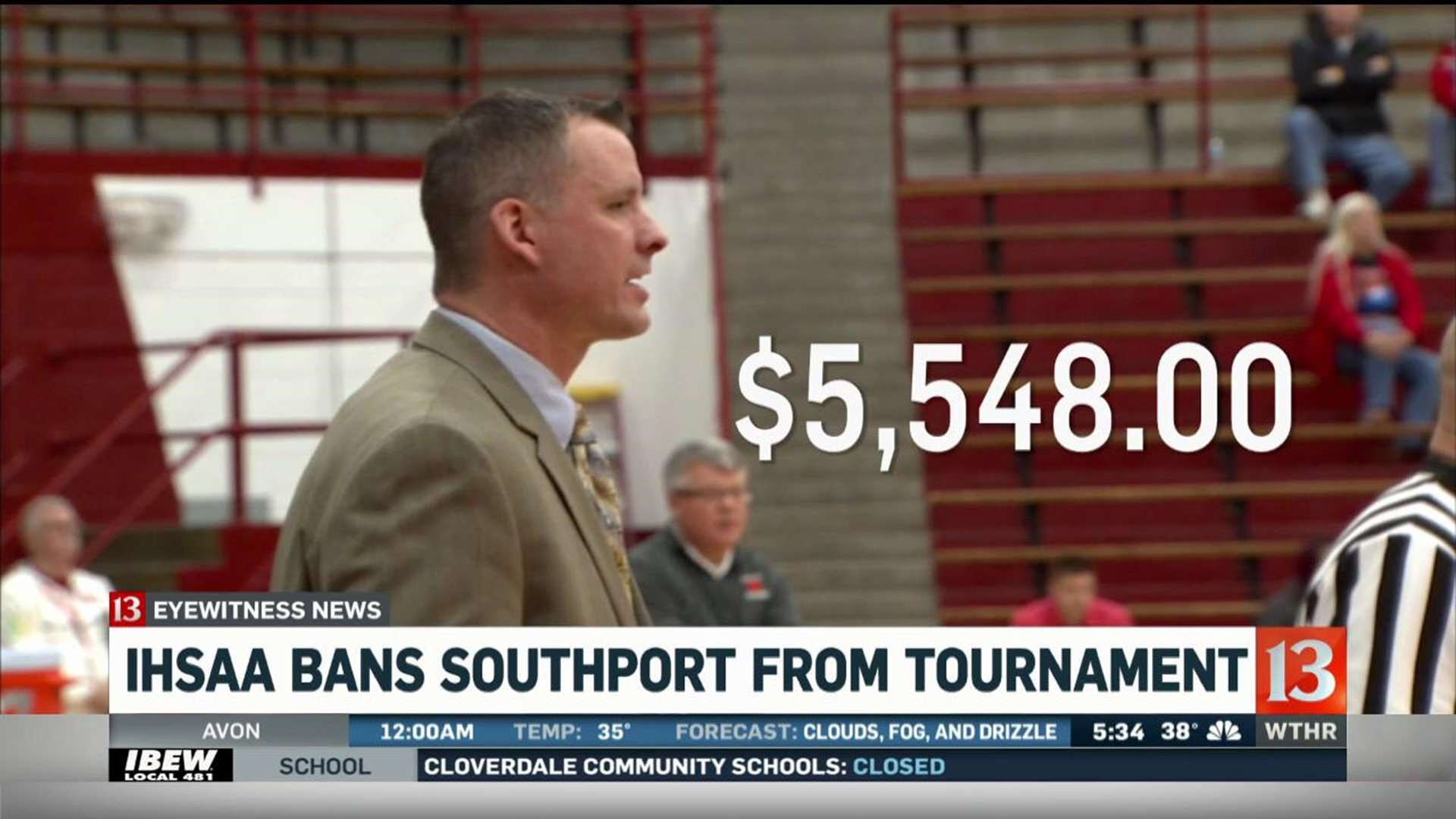 The IHSAA is removing the Southport boys basketball program from this year's state tournament.

A player, Nickens Paul Lemba, has been ruled ineligible, and the entire athletic department is on probation for the next year.

The penalties follow an IHSAA investigation of Lemba and Brand.

Representatives from Southport and Perry Township Schools met with IHSAA Commissioner Bobby Cox and staff Nov. 13 at the IHSAA to discuss the investigation.

The school system sent a letter to the IHSAA on Nov. 15 acknowledging wrongdoing and outlining sanctions the high school intended to implement to address the violations, which the IHSAA supported:

The IHSAA added the following sanctions:

Southport can appeal the IHSAA's sanctions under the organization's bylaws.

Perry Township responded to the IHSAA's ruling, saying they're disappointed and will evaluate the appeal process.

Perry Township Schools and Southport High have been cooperative and fully transparent throughout the IHSAA investigation. We are disappointed in the Commissioner’s findings and will evaluate our right to appeal portions of the report and penalties.

Student safety, academic success, and compliance are the primary goals of our schools. In this case, we believe the high school’s actions were consistent with those values, and we will continue to move forward in full compliance of IHSAA rules.

The school is scheduled to open the season Nov. 26 against Perry Meridian. Southport is also listed as a host site for the Boys Sectional Tournament in March 2020.