This isn't the first time issues of LGBTQ+ acceptance have been brought up at the school. In May, three teachers were reportedly told to take pride flags down. 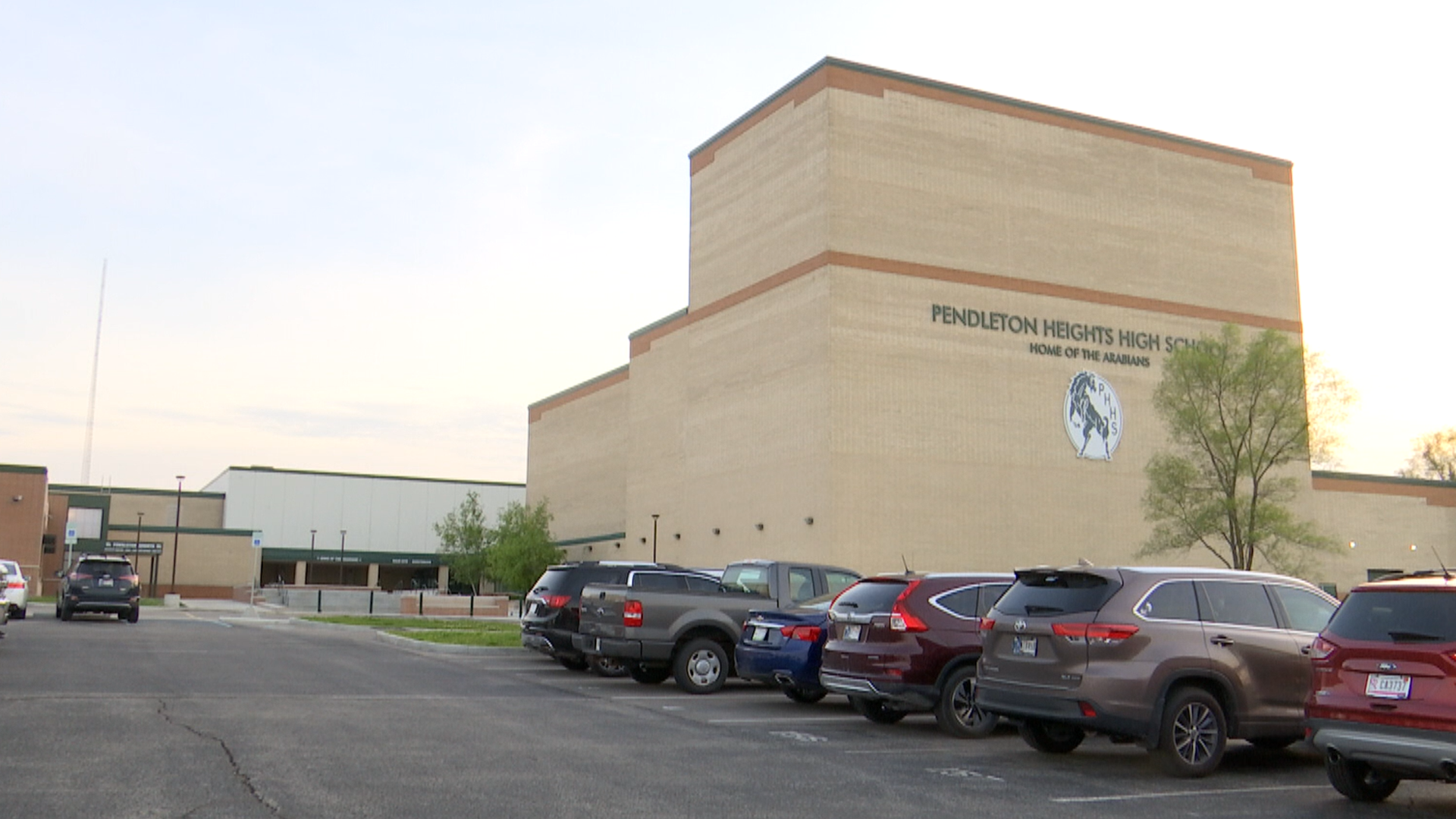 PENDLETON, Ind. — An Indiana school district is being sued after a group that supports LGBT students says it's been barred from promoting its meetings.

The American Civil Liberties Union filed a lawsuit on behalf of the Gay-Straight Alliance at Pendleton Heights High School in the South Madison Community district.

The lawsuit says the free speech rights of the group are being violated, along with other laws.

Pendleton Heights Principal Connie Rickert has the authority to decide what student groups are allowed to meet at the school and which ones are deemed to be "official."

Pendleton Heights Gay-Straight Alliance (PHGSA) is not considered an "official" club. And although it has been given permission to meet, the lawsuit alleges Rickert has barred the group from advertising on school bulletin boards, the school's radio station and anywhere else on school property. It also says the club can't fundraise on school property.

The lawsuit argues that the club's purpose is to provide a safe space for LGBTQ+ students and allies to meet and support each other and that by barring the club from advertising and fundraising, Rickert is stifling the club's ability to serve its purpose.

"Due to the inability of PHGSA to advertise and attract student members, it is severely hindered in its beneficial function to be a place of shelter, supports, and education, not just for gay, lesbian, transgender and non-binary students, but for all Pendleton Heights High School students," the lawsuit says.

The lawsuit is asking the court to require the school district to allow PHGSA to have "the same access to school facilities and avenues of communication, including fundraising opportunities, provided to curricular and official clubs."

There was no immediate comment from the school district.

However, this isn't the first time issues of LGBTQ+ acceptance have been brought up at the high school. On the contrary, the school was under fire in May after three teachers were told to take LGBTQ+ pride flags out of their classrooms.

According to our partners at the Herald Bulletin, the rainbow flags were removed from the classrooms of Spanish, business and art teachers.

At the time, Rickert released a statement to 13News saying the school prides itself on creating a welcoming environment for all and that the district doesn't tolerate harassment or discrimination.

“Teachers are legally obligated to maintain viewpoint neutrality during their official duties to ensure all students can focus on learning, and we can maintain educational activities and school operations,” she said. “Our counselors are trained to respond to any student who desires support.”