Wednesday's show is the first of four Pat McAfee is performing this week across Indiana. 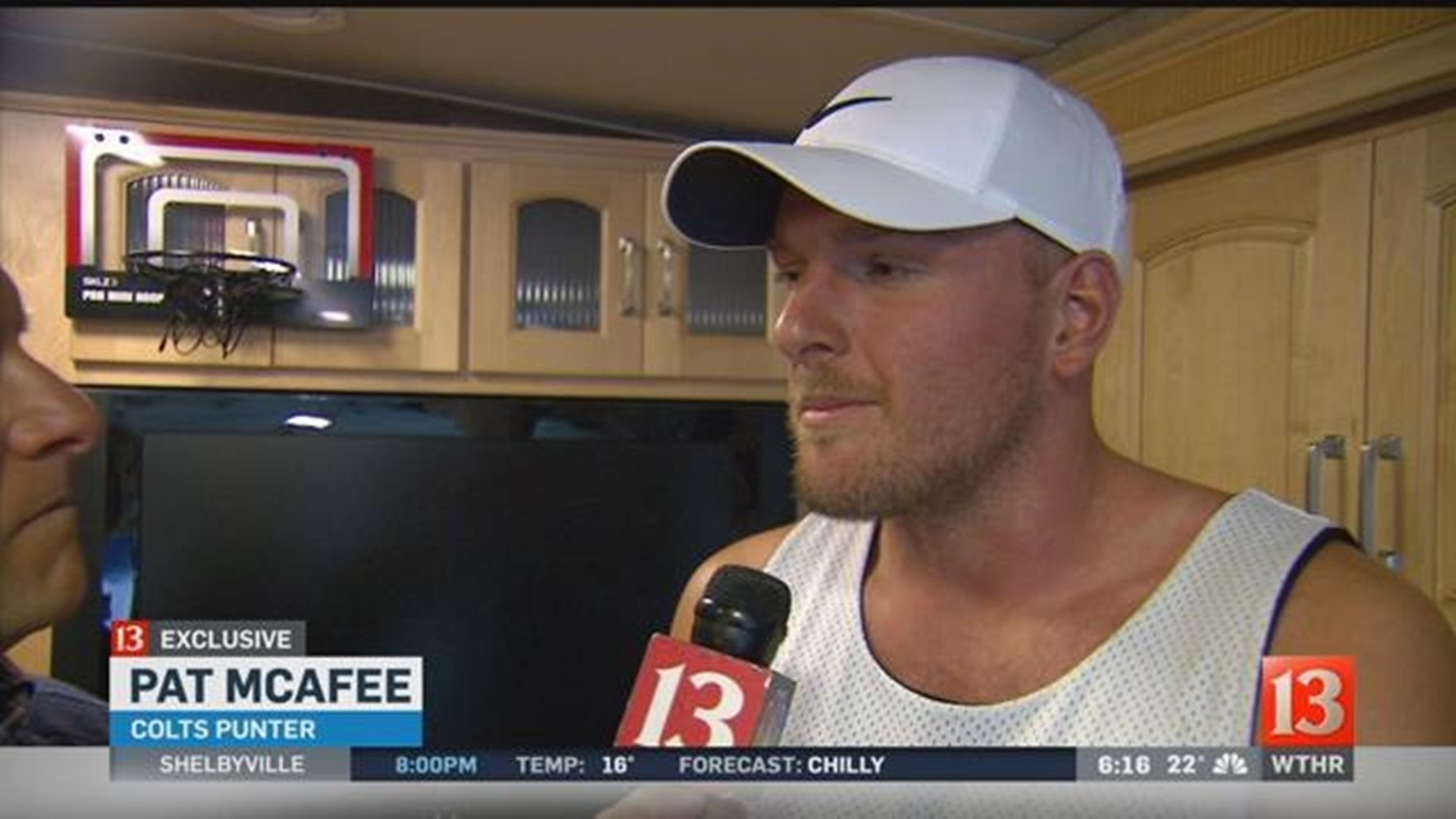 The Colts punter kicked off his I-69 comedy tour in Evansville Wednesday night.

"My life is just a ridiculous one. I find myself in pretty hilarious situations. Like, for instance, right now, I'm wearing no underwear, I'm on a hoverboard and I'm talking to Dave Calabro for the news in Indianapolis. This is a pretty fantastic situation," McAfee said before the show.

Wednesday's show was the first of four McAfee is performing this week across Indiana.

"I really love making people laugh and smile, 'cause there's literally no price tag you can put on that. It's awesome. You let people escape. It's really cool," he said.

Thursday night, McAfee traveled to the Honeywell Center in Wabash, where he spent the day roller skating before taking the stage.

"I feel like this is one of the most unathletic things I've ever done. It's like you're cross-country skiing, with a chance of death," McAfee said while skating. "I've never roller skated, though. It's my first time...I've almost fell four times since we started talking."

Friday night the tour stops in Emens Auditorium at Ball State in Muncie before closing the tour Saturday at the IU Auditorium in Bloomington.

The schedule doesn't get any less hectic for McAfee. After a day off Sunday, he's headed to Japan with Colts teammates Mike Adams, Anthony Castonzo, D'Qwell Jackson and head coach Chuck Pagano as part of a USO visit with American troops.

McAfee, who hosted "The Pat McAfee Show" on WTHR in 2014, also performed his stand-up act at the Palladium in Carmel this past summer and recorded a segment at Morty's Comedy Joint for NBC's Sunday Night Football.

While the Morty's show was pre-empted on NBC by an address by President Barack Obama, you can watch it here.