Participants in first Response to Hate Conference hope for change

Conference participants are concerned, even scared about what they are seeing in Indiana and other states. 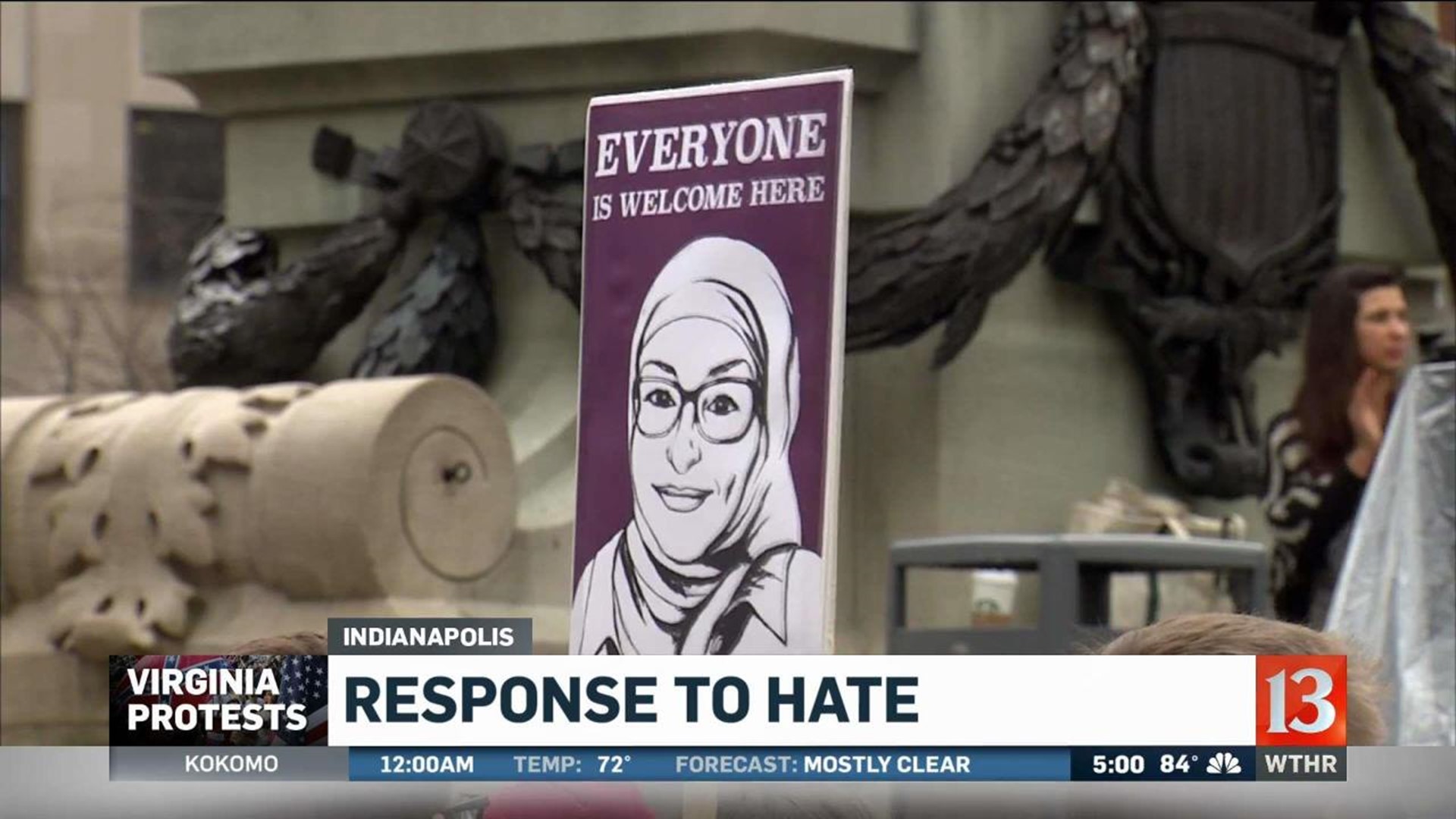 INDIANAPOLIS (WTHR) - Hundreds of people met in Indianapolis to learn more about an increasing number of hate crimes and groups like those who protested in Virginia.

People there were concerned, some even worried and scared about what they are seeing in Indiana and other states.

Months before the violent and deadly confrontations in Virginia, organizers were planning Indiana's first Response to Hate Conference.

The crowd of 200 or more didn't seem to surprise Rima Shahid, the executive director of the Muslim Alliance of Indiana.

"Because of the current political climate, people keep getting thrown under the bus so therefore people think they have room to hate people based on who they are," she said.

Although Indiana has experienced nothing like the protests in Charlottesville, authorities say there's been an increase in anti-gay and anti-semantic vandalism, housing discrimination and other acts of racism. The Southern Poverty Law Center recently counted 26 hate groups operating in Indiana.

Amy Nelson, the director of the Fair Housing Center of Indiana, said crimes are escalating.

"It is telling those people who have been targeted by that particular kind of hate, that they aren't welcome here or they are not wanted in some way." she said.

"I am scared to death for my friends and family who are people of color, members of the gay community, muslims, immigrants , anyone who is not white." she explained.

Shepard is executive director of a foundation named for her son Matthew Shepard. His torture and murder in 1998 became a rallying point against injustices and hate crimes committed against the LGBTQ community.

According to Shepard, almost 2 decades of progress is evaporating.

"What happened? Everything is going just backwards now? Why are we going downhill backwards instead of forwards." she said. "Hate crimes were going down. People knew it was socially unacceptable to express this kind of discrimination, even hate in public and somehow the bottle got re-opened. All that is happening again. I'm scared."

The Central Indiana Alliance against Hate launched a tracking hate database. Victims can go online to report crimes and incidents.

Indiana is only one of a handful of states that do not have hate crime laws. Several efforts to pass legislation here have failed.

But people at the conference also expressed hope. They believe the protest for peace held last weekend on Monument Circle showed that people, even a single person, can make a difference.