Trevon Bluiett was arrested Monday afternoon in Carmel on possession of marijuana charges. 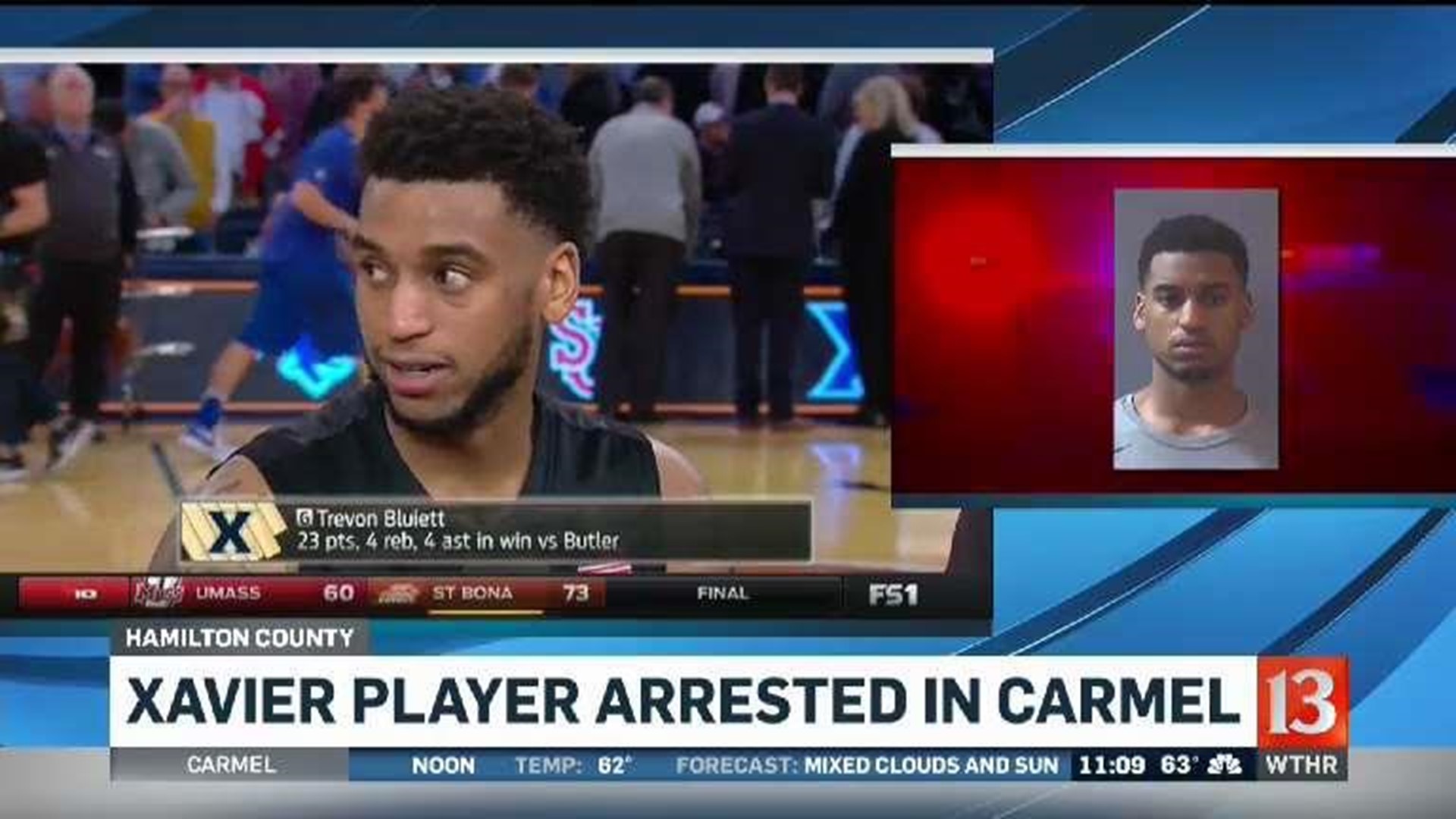 In a release, police said officers observed a vehicle traveling south on US31 near 136th St. going 75 mph in a 55 mph zone, also failing to signal a lane change. Police stopped the car and identified the driver as Trevon N. Bluiett, 22, Indianapolis.

During the traffic stop, an officer detected "the strong odor of marijuana" coming from the car. After an investigation, Bluiett was arrested for possession of marijuana less than 30 grams, a class B misdemeanor.

Bluiett was later transported to the Hamilton County jail with bond was set at $1,000.

Bluiett declared for the NBA draft two weeks ago but said he wouldn't hire an agent, leaving open the possibility he would return to Xavier.

Xavier has not responded to a request for comment.