'She hid it so well': Parents urge discussing suicide with kids after the death of their 13-year-old daughter

London Bruns' parents said their daughter seemed happy and showed no signs of depression. They hope their story will help prevent another tragedy. 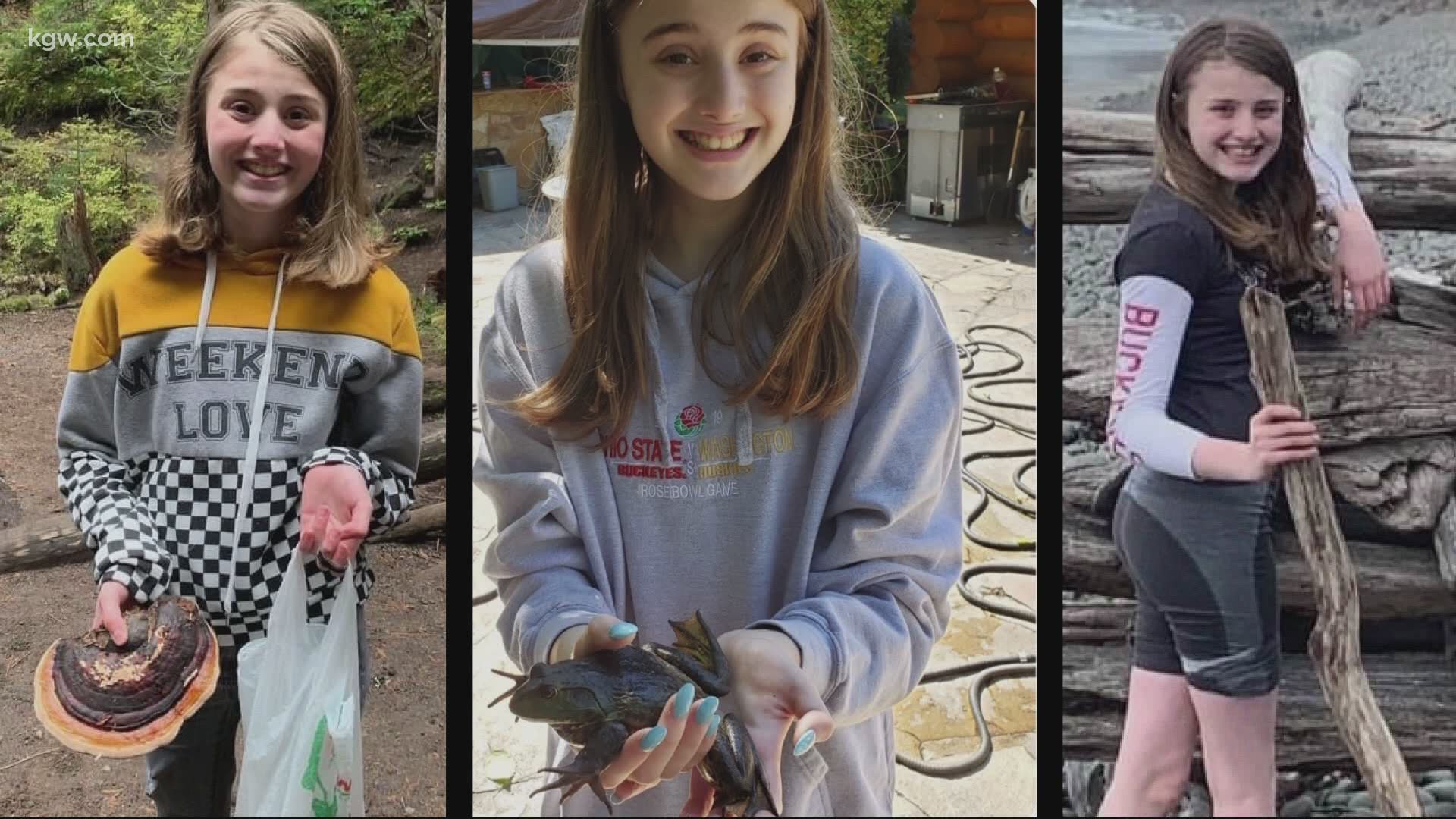 RIDGEFIELD, Wash. — John Bruns and Heather Wendling have countless photos of their 13-year-old daughter, London Bruns. They described her as sweet and sensitive with a kind heart and incredible artistic talent. In almost every one of those photos, London is smiling, but looking back, her parents wonder how long that smile may have masked a deep pain they knew nothing about.

“Our saying now is, she was a much better actress than she was artist," said John Bruns, "Because she hid it so well."

On September 21, London Sophia Bruns died by suicide. Her death sent shockwaves throughout her Ridgefield community, and sent her parents on a mission.

“We're at war with teen suicide,” said Bruns. “If we could save one person, that's why we want to open up about it.”

As part of that effort, Bruns and Wendling asked London's coaches at Excel NW Volleyball Club to post a message on their website. It asks parents to talk with their kids about suicide and mental health. Bruns said they had spoken to London about suicide about a year ago, but wished they had done so again, more recently.

“Unfortunately after London passed, we found out that two of her friends were also suicidal and are also getting treatment for that,” said Wendling. “I wish we had known that sooner. That’s why we are telling people now, ‘you need to check.’”

Between 2007 and 2017, the Centers for Disease Control showed suicides among kids ages 10 to 14, nearly tripled. In Oregon, state health officials said it's too soon to identify changes in suicide rates since COVID-19 hit. Right now, data shows the number of suicides through July has not increased over the same time period, last year. Still, London's family worries about the impact the pandemic may be having on kids.

“With COVID-19, virtual learning and isolation from your friends, it's tough on a kid,” said Bruns.

London’s parents will never know if the pandemic played a part in their daughter’s death, or in the death of an Aloha High School sophomore. The Beaverton School District confirmed he died of suicide, last week.

“We know that these events are devastating to our community,” said Leslie Rodgers, the Behavioral Health and Wellness Coordinator for the Beaverton School District.

Rodgers said equipping parents to monitor their kids' mental health is more crucial than ever. First, she suggested, don't assume your child is not at risk of suicide, and don't be afraid to talk with them about it.

“I think the pitfall is people just get afraid to say that word [suicide],” said Rodgers. “Like if we say the word, maybe we plant the idea, but there is no research to suggest that that's true—in fact the opposite is true. If we, as parents, can have really open and respectful and compassionate conversations about suicide, we will reduce the rate.”

As for mental health in general, Rodgers said minimizing the stressful state we’re in now won't help, but being real, will.

“You know, people are not fine now and we need to acknowledge that, but also really continue that message of hope,” said Rodgers. “Because we will get through this, and help is available.”

One resource is the Lines for Life YouthLine which is staffed by and for teenagers.

“We're not just there to help deescalate crisis,” said YouthLine director, Emily Moser. “We're there to be with you in the moment while you're feeling these really scary feelings; what kind of plan can you put into place to help you move forward for the next few days or even week.”

Moser said YouthLine is on track to get 30,000 calls, texts or e-mails this year. She said just under half of those contacts have dealt with the pandemic in some way, be it school anxiety, isolation or loneliness.

“The other piece that young people talk about a lot is grief and loss over what didn't happen, and uncertainty and anxiety over what might or might not happen,” said Moser.

For London Bruns' parents, moving forward means encouraging other parents to ask the hard questions and be vigilant about their kids’ mental health.

“We're fighting for other kids,” said Wendling, “So their story doesn't end the way London's did.”

London’s parents are encouraging others to make a donation to The National Alliance on Mental Illness Southwest Washington chapter in London’s name, and to learn more about NAMI’s Ending the Silence Campaign.