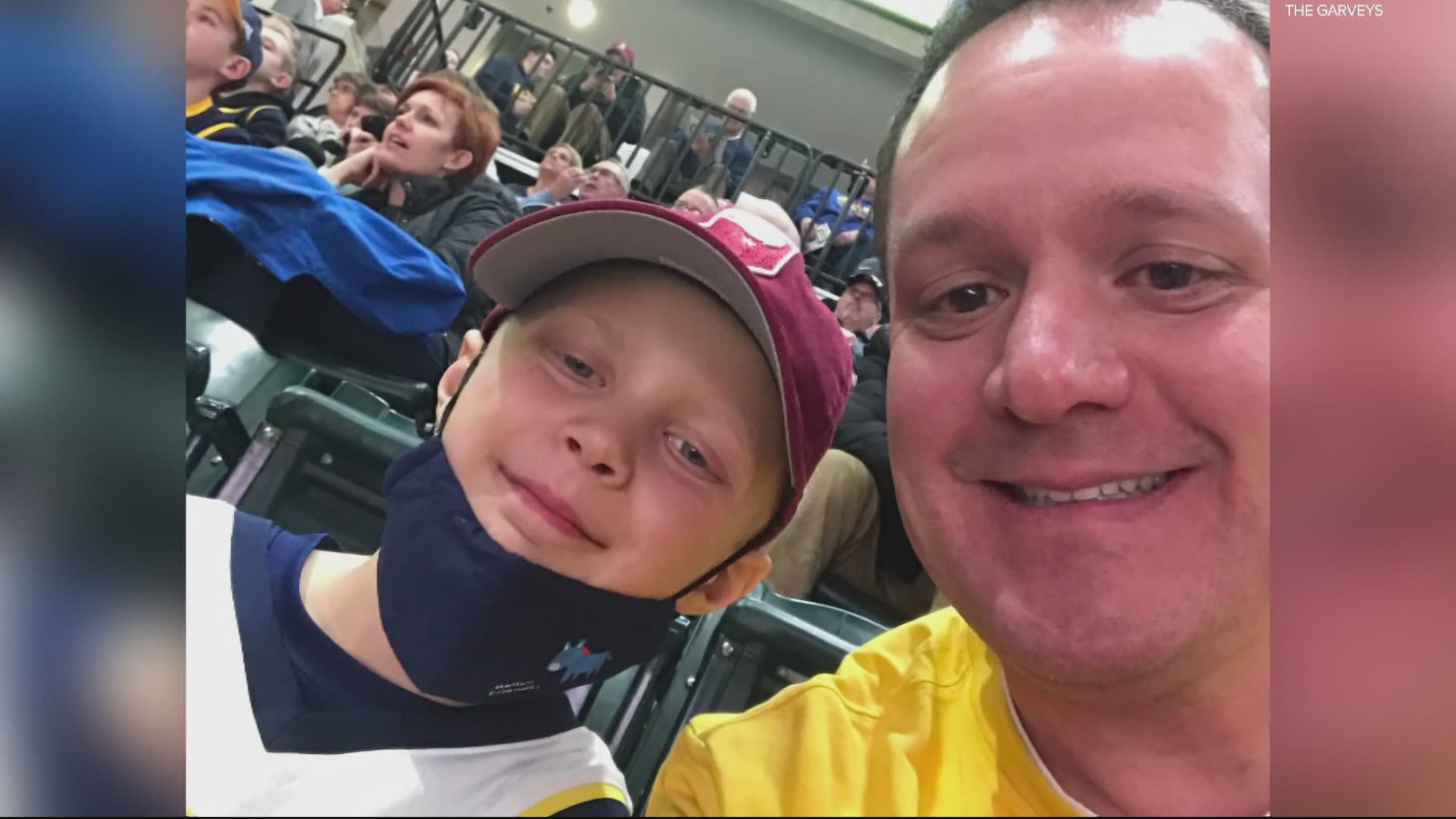 INDIANAPOLIS — One year ago, Heather and Kevin Garvey faced the toughest situation of their lives.

"No one wants to think about that," Kevin said. "No one ever wants to envision having to make that difficult choice to say I'm going to put my child in a hospice care situation."

Their son, Mason, passed away after a lengthy battle with rhabdomyosarcoma at nine years old.

"After our experience, we started to reflect a little bit on what had happened, and we both felt like there was a reason this happened to Mason and to our family. And we felt called to do something," Heather said.

At the end of Mason's life, the Garvey's found the hospice care their son received wasn't sufficient and didn't fit the needs of a child.

"When we found out that the palliative care program here was almost solely funded by donations to find that out was completely shocking to us because it is such an important program," Heather said. "If we can just educate people, because I feel if people hear that, they're also going to be shocked and say 'wow, that's not right. That's unacceptable, that shouldn't be that way.'"

Mason's final day on earth, the doctor who treated him at Riley Hospital for Children showed up at the Garvey's home on his day off and made sure he was properly cared for during his final moments.

"It's still, a year later for me, emotional to talk about," said Dr. Adam Hill, the Division Chief of Pediatric Palliative Care at Riley Hospital for Children. "It was one of the most difficult, but also one of the most important days of my life as a doctor. To go out there and be with them in their home and make sure that he was loved and cared for with respect."

Wednesday, Dr. Hill and the Garvey's met in person for the first time since the day of Mason's passing.

"He was able to come to our house and he worked really, really hard to get Mason in a comfortable place and we will forever be grateful for that," Heather said.

"Sometimes maybe that story isn't told of how it affects the doctors and nurses that care for loved ones that leave a special place in our heart for the rest of our lives," Hill said.

A year later, Dr. Hill is an ally on the Garvey's quest to improve palliative care for children.

"I think part of their legacy and Mason's legacy is to help build and help us build more support and more support services, more staff, more team to really be able to meet the needs of families 24 hours a day," Hill said.

"This is hard. Heather and my life are forever changed because of what's happened, but it doesn't have to all be bad," Kevin said. "It's not easy, it will never be easy, but if there's anything we can do to help make that a little bit less burdensome, I think we want to do that."

This week, the Garvey's launched a fundraising website to help families who will need palliative care for their child in the future. You can visit that site here. The Garvey's say they hope to raise $10,000 by the end of 2021.