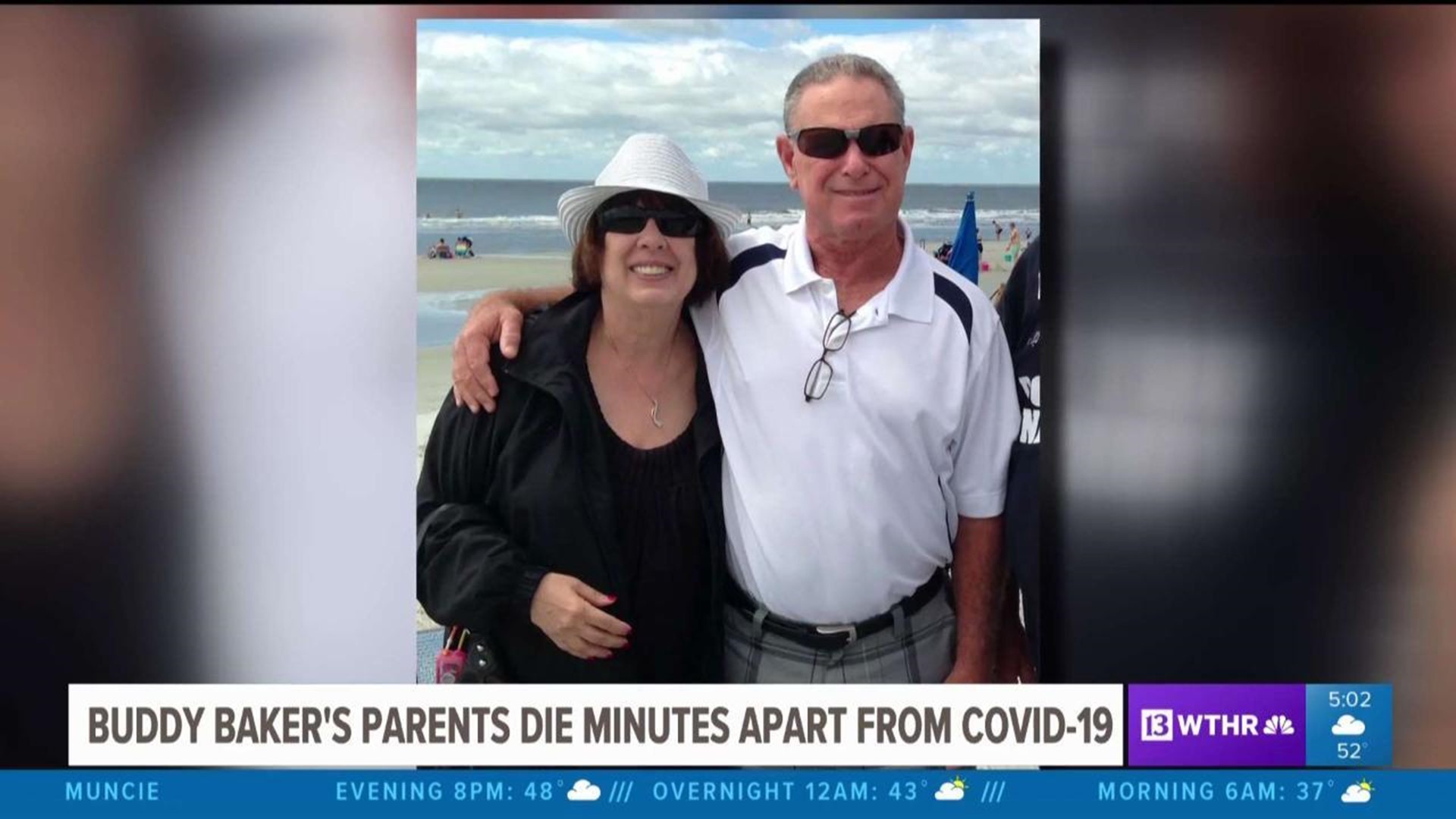 Baker, the President/CEO of Exclusive Sports Group, lost both of his parents to the virus on Sunday.

"It happened so fast," Baker said. '"A couple of weeks ago, both of my parents were healthy."

On March 19, Buddy's 74-year-old father, Stuart, was admitted to the hospital with COVID-19 symptoms. At the time, Buddy expected his dad to be released within 48 hours. Instead, he took a turn for the worse and was moved to ICU. Stuart was asthmatic but in great health otherwise.

"An hour into us dropping her off there, I got a call from the ER doctor saying they didn’t think she was gonna make it," Buddy said. "They both deteriorated day by day until Sunday until we had them put into same room when they said there was no chance either one was gonna make it."

On March 29, the two passed together, only six minutes apart.

"They were inseparable. They were married for 51-plus years. I don't know how they would've lived without each other, to be honest," Baker said.

As a sports agent, Buddy encourages his athletes to use their platforms in a positive way. So he decided to do the same. On Tuesday, Buddy uploaded a video to Twitter to tell his story and send a message to people who aren't taking the virus seriously.

In loving memory of my mom and dad- please make the tough and right choice and help stop the spreading of this virus. pic.twitter.com/FqVEWjdscq

"I know a lot of kids and young adults think they’re invincible and think this can't happen to them and as as long as people have that type of approach and mentality, then the virus isn't going to stop spreading," Buddy said. "This is what we’re living. You don’t wanna live this pain and you don’t want someone else to live this pain. While it’s not the fun choice, it’s the right choice and it’s the safe choice to stay home and do the things we can to potentially limit and eventually eliminate the consequences of this virus."

In their honor, the family has created the Stuart and Adrian Baker Memorial Fund on GoFundMe. The money raised will go toward an annual grant given to an incoming college student from the Queensbridge Houses in New York, the nation's largest public housing complex. Money will also be allocated to COVID-19 research and assistance.