Parents give football warning after learning son had CTE

A central Indiana family is giving a warning to other parents after their son was diagnosed with CTE. 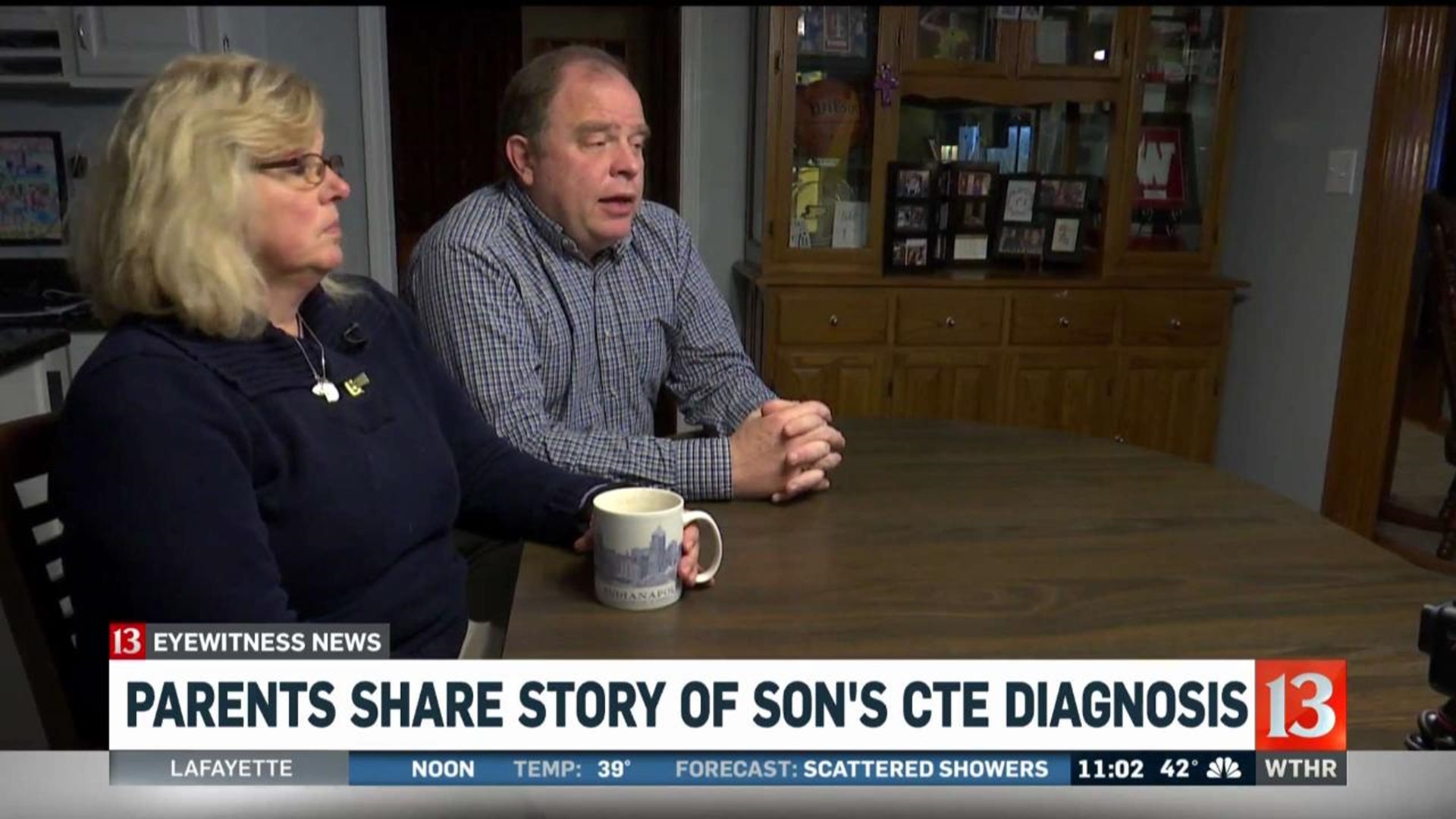 NOBLESVILLE, Ind. (WTHR) – Evan Hansen loved football. He was good at it too. He started the sport when he was 8-years-old and went on play running back and linebacker at Guerin Catholic High School.

That led to a four-year career at Wabash College.

“He was playing and starting as a freshman and by the time he was a senior he was captain of the team,” said Evan’s Dad, Chuck Hansen.

Hansen majored in Spanish at Wabash and had plans to become a translator.

“He was just a very humble, caring, loving young man that everyone just seemed to love,” said Chuck. “He just always was in a good mood.”

It was about late 2017 when his parents say they started to notice a change in Evan’s personality. He was prescribed multiple anti-depressant medications, but nothing seemed to work.

“I was definitely thinking that there was something right? Because how do you go through three anti-depressants and nothing good happening?” said Evan’s mother, Mary.

Evan’s parents believe he was misdiagnosed. It wasn’t until after Evan died of suicide, they started to get some clarity about what he was dealing with.

Shortly after his death, Evan’s parents were contacted by researchers at Boston University, who study the brains of deceased athletes.

“I think when we got the confirmation from Boston University, it kind of confirmed what we thought,” said Chuck.

CTE is a progressive disease of the brain that is related to repetitive trauma.

Dr. Tom McCallister is not connected to Evan’s case but working on a study looking into CTE in athletes.

“It is a syndrome in which people typically lose their memory, have problems with attention, concentration and this progresses over time,” said Dr. McCallister.

Athletes from several other sports have been revealed to have had CTE. Typically, it is found in people that have played years of high-contact sports.

However, Dr. McCallister says there is a lot about the disease that is still a mystery.

“Repetitive exposure and repetitive concussions can put someone at risk, but we don’t know whether the risk is equal for everyone,” said Dr. McCallister.

Evan Hansen was 21 when he died.

There is still a lot of pride for Chuck and Mary, looking at everything Evan accomplished on the field; but there is conflict too.

“Let’s say you are having mental health issues if we would have said something to the people ‘ok, he’s played 14 years of tackle football.’ I think it should be a part of the history,” said Mary Hansen.

“When Evan started playing football in 2005. there wasn't any talk of CTE and I don't ever remember getting a form saying by the way your son may get CTE and permanent brain injury from playing football,” said Chuck. “Obviously football is a risky sport but there is a difference between a broken finger, a broken clavicle and brain damage.”

Evan’s parents are not advocating that people stop playing football, but hope parents consider other alternatives like flag football until players’ bodies are a little bit more developed.

“And then if they enjoy playing football and maybe a little bit of college, you are still not talking about 15 or 20 years of tackle football.