Current law sets the age at 14. 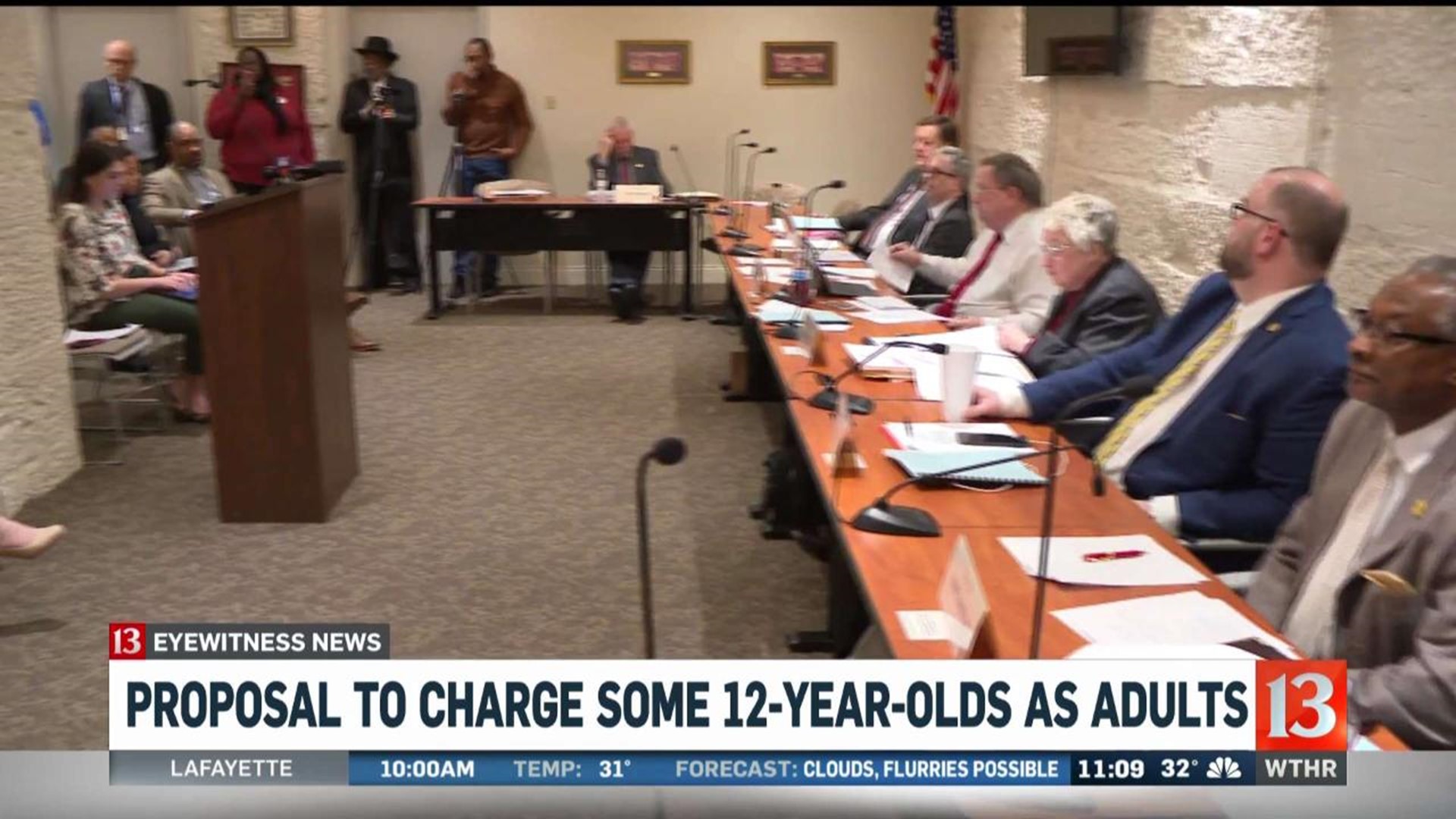 INDIANAPOLIS (WTHR) - "It just educates kids on how to be a criminal," said Antonio Lipscomb, a community activist.

Lipscomb was talking about what it was like to be behind bars with adults when he was just a teenager.

"If those guys had decided not to give me any level of mercy, anything could have happened to me at any given moment," he said.

On Tuesday, Lipscomb and dozens of others told a Senate committee why they should oppose a bill that would allow 12-year-olds to be tried as adults for certain serious crimes, like attempted murder.

Current law sets the age at 14.

The proposal comes in the wake of a 2018 shooting at Noblesville West Middle School, where a 13-year-old opened fire in a classroom, seriously injuring a student and teacher.

"Unfortunately in this case, the shooter was sentenced to a juvenile facility where he'll be released on his 18th birthday, with no record, if not sooner," said Sen. Erin Houchin (R-Salem).

Opponents of the bill cited statistics it would unfairly impact and target children of color.

Others argued the bill is about protecting crime victims.

"It isn't just always about the offender," said David Powell, Indiana Prosecuting Attorneys Council. "There is often a human being or family that's a victim and they're often of color and someone needs to stand up for them."

The committee agreed to remove the part of the bill related to charging a 12-year-old as an adult for attempted murder. Lipscomb said he wonders if it's enough.

"My concern is, anybody making this bill, have they ever spent 30 days in the real jail," he said.