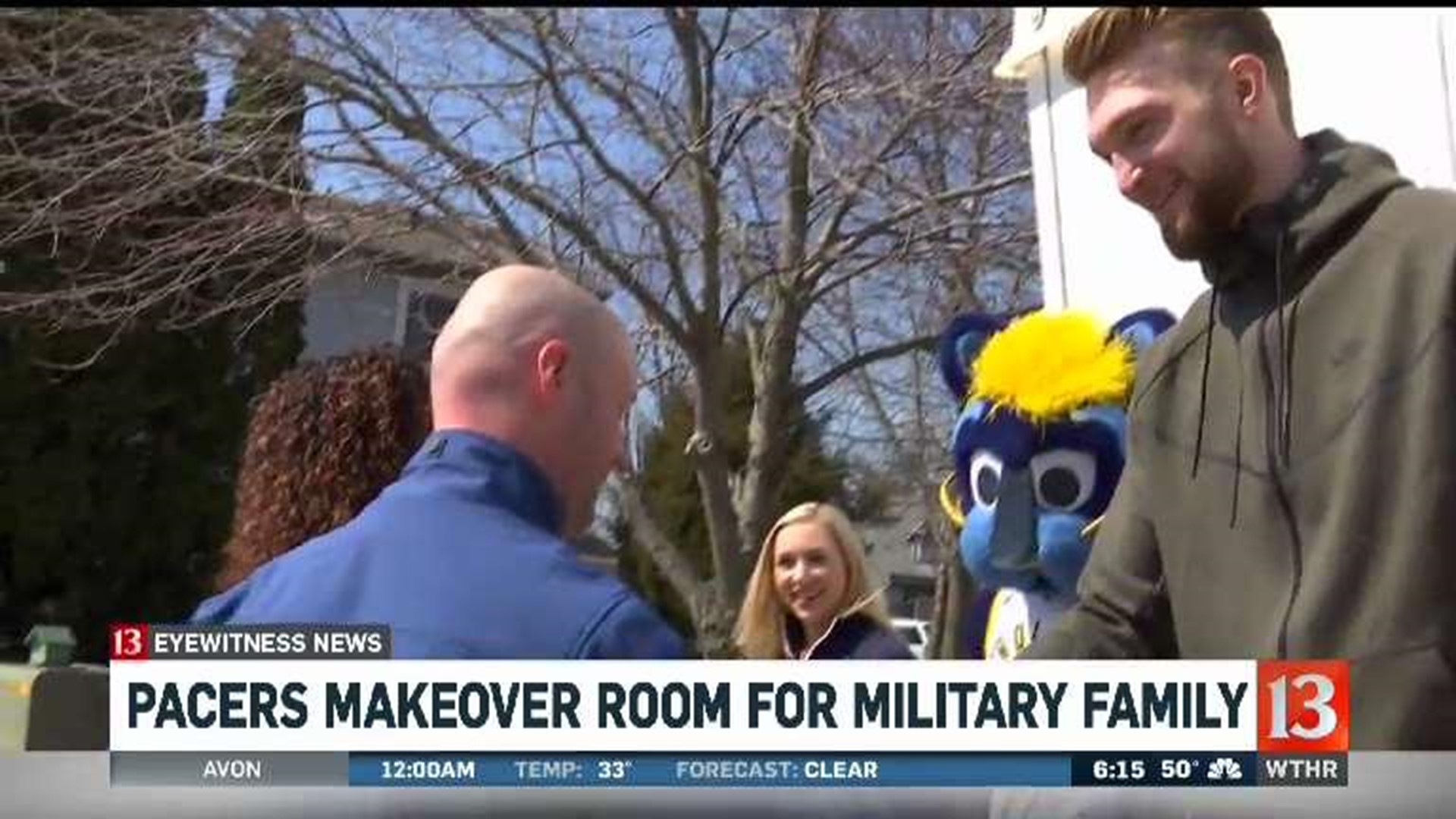 The welcoming committee waiting in the driveway included Pacers center Domantis Sabonis, Boomer the mascot and a two Pacemates.

Inside the Pike Township home on the northwest side of Indianapolis, a crew of about 30 volunteers had spent the day remodeling, redecorating and replacing most of the furniture.

"It's just really exciting to be able to do this for the family," said Pacers Community Relations Senior Director Kelli Towles. "They've been so appreciative and in awe of everything that we've been able to do."

Pacers Cares and The Room Place teamed up for the makeover. The USO of Indiana nominated Air Force Master Sergeant Eric Norris.

A storage unit in the driveway was filled with furniture taken out of the house and was replaced by brand new items. Much of the old furniture will be donated to charity.

The Norris family went to the Pacers game Sunday night, then stayed overnight at Embassy Suites downtown and had lunch Monday at Harry & Izzy's. At the same time, volunteers set up new TVs, sofas, mattresses, bed sets and a Pacers "man cave" in the loft.

"Oh wow. It's amazing." That was the reaction of Eric and Danyelle Norris as they walked in the front door of their home to see the changes.

"It's so much fun to see the smiles on their faces and see how much they care about their family and community," said The Room Place's Vice President of Marketing, Cara Wallace. "To be able to give back and make it a little easier on them is the least that we could do."

"It looks really nice," Sabonis said. "You can tell by their faces they're happy. They're excited. That's the most important thing."

Eric returned home in January from his latest four-month deployment. He has served in the Air Force about 15 years.

"It warms my heart because it's not just me out there," said Eric. "There's hundreds of thousands of people that are more deserving than I am. But just to be selected, more than words can say."

Boomer made himself at home, stretching out in a recliner and playing with two family cats. The Pacers are welcome in this home.

"I know you probably want to get us all out of here," said Sabonis, after taking many photos and signing autographs.

"You can stay," said Danyelle, making everyone in the house laugh.