Bob Segall and the 13 Investigates team were awarded the prestigious Alfred I. duPont-Columbia University Award for a 9-month investigation into the Grant County Rescue Mission. 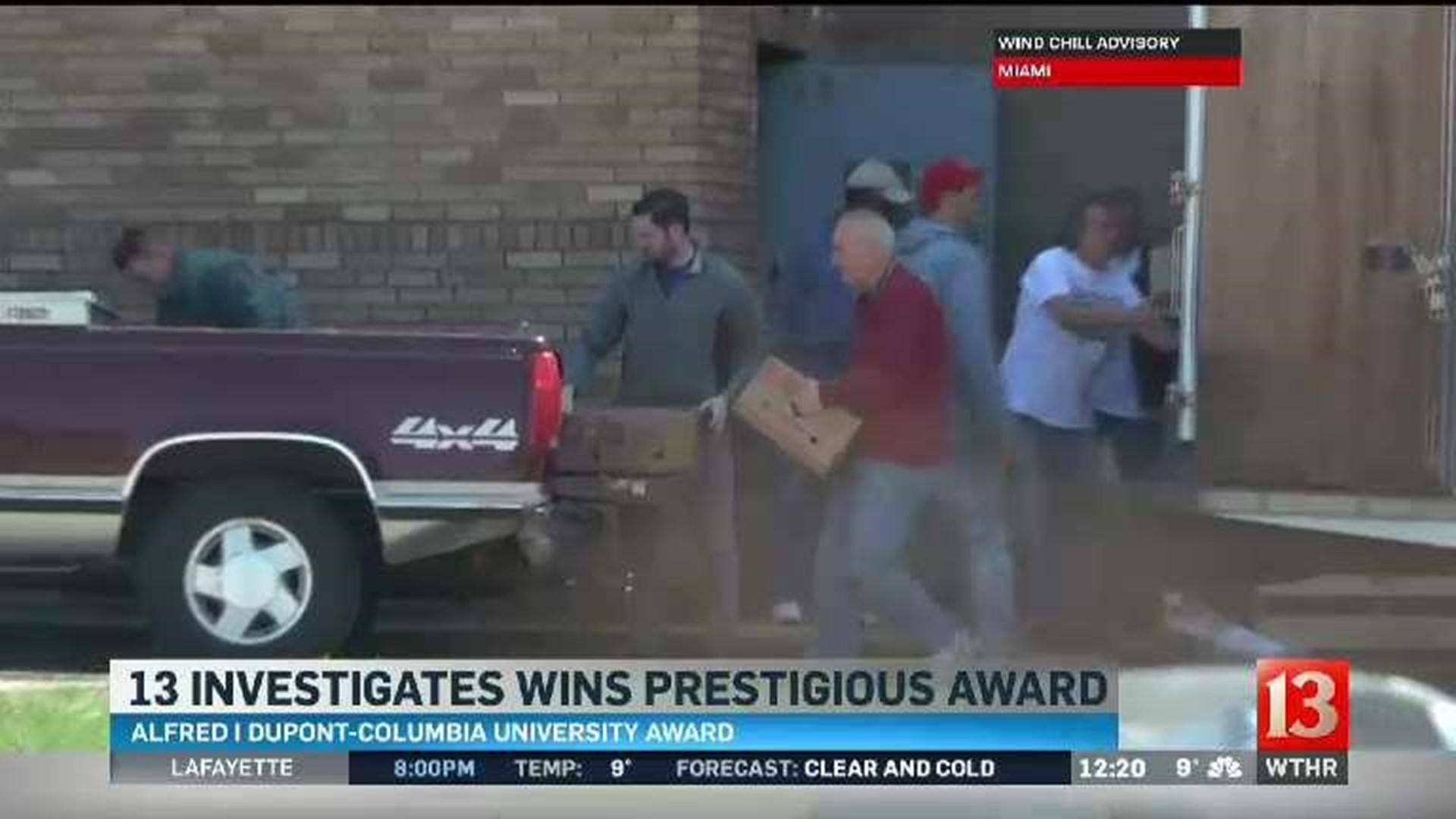 INDIANAPOLIS (WTHR) — Bob Segall and the 13 Investigates team were awarded the prestigious Alfred I. duPont-Columbia University Award for an investigation into the Grant County Rescue Mission by Columbia University’s Graduate School of Journalism.

The homeless shelter in Marion, Indiana apologized and promised to correct the widespread problems 13 Investigates caught on camera during a 9-month investigation. The problems include unsafe living conditions inside the facility, tons of donated items being dumped and burned, and donated food intended for the needy instead being diverted to the family, friends and pets of charity leaders.

WTHR was one of four TV news stations that were honored with the 2017 award. National outlets like FRONTLINE, NBC News, ESPN, and HBO were also honored with a duPont award.

An award ceremony will take place at the Columbia University's Low Memorial Library on Jan. 25, 2017. The event will be co-hosted by Lester Holt from NBC News and Indianapolis native Jane Pauley from CBS News.