Mom uses Nextdoor to fix old computers, then donates them to families for virtual schooling 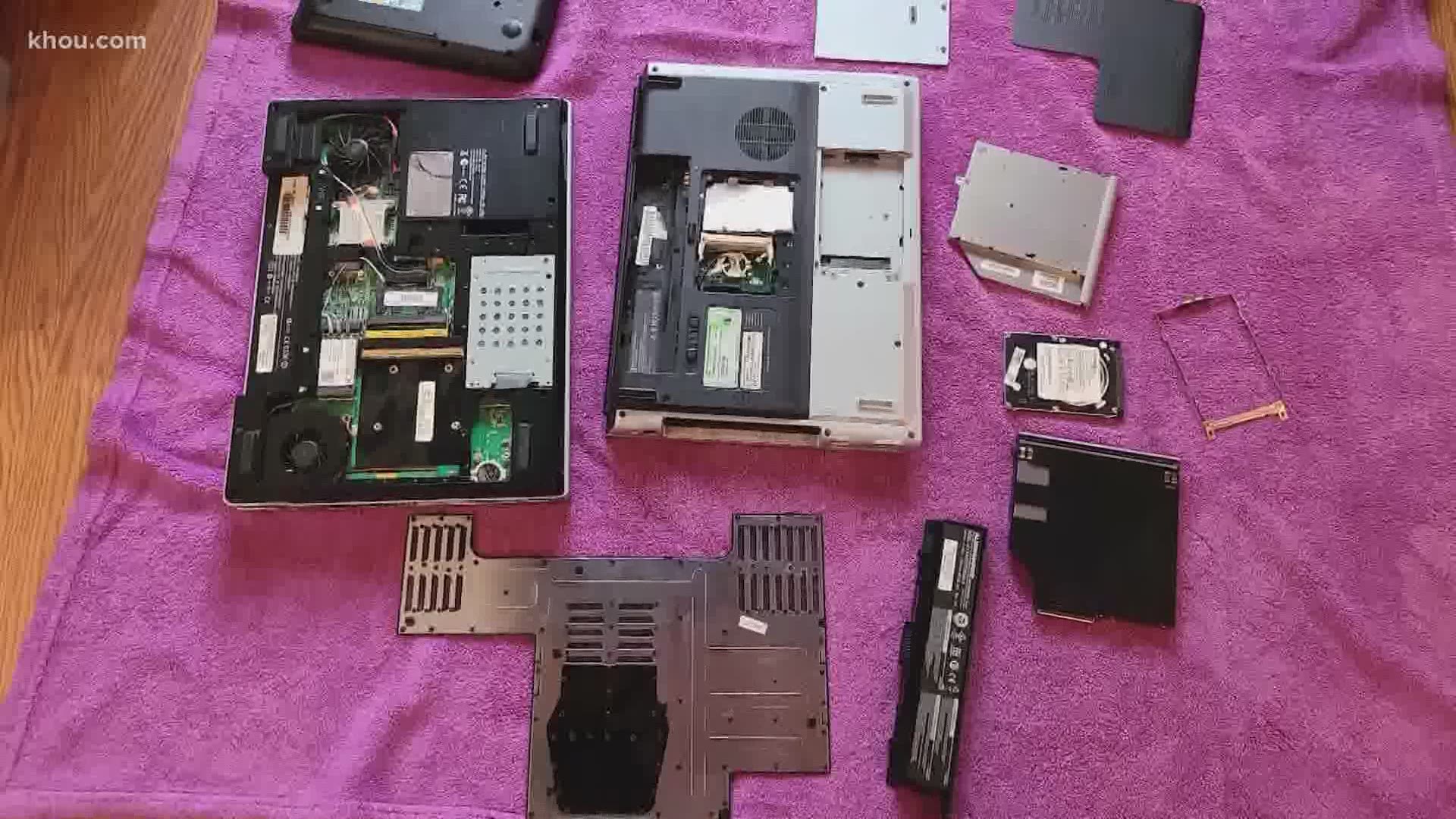 HARRIS COUNTY, Texas — The start of the 2020-2021 school year spotlights just how wide the technology gap really is across Houston.

Even with school districts releasing tablets and laptops to families, not everyone has a device that can handle the school load.

Some families have enough computers and tablets to devote to each child, while other families will attempt to do virtual learning while sharing a single smartphone.

So thank goodness for our neighbors! Some tech-savvy Heroes Nextdoor are teaming up to help families.

“I love it. This is how I reward myself when I’m having to study,” said Darla Purce about refurbishing old computers. She’s in the middle of earning a college degree. “I’m having to study for so long before I’m allowed to play with them.”

She likes to play with computers, she said, not on them. Purce has been building computers since IBM was the one and only.

So when her neighbor Ken Pierce offered his old desktop to Purce’s 12-year-old son at Klein ISD, she said she didn't need one, “but I told him I could find a home for it.”

She jumped on Nextdoor in July to write a post that read, “I had a computer to give away. If you needed one for your family. Also, if you have broken ones at home, I can fix them for free.”

Her Memorial Chase neighbors began donating old computers, parts and accessories like printers. “The response has been wonderful. And I repost, fairly often, and always get more response.”

She wipes the hard drive, makes sure all of the drivers work, and installs a new operating system and free anti-virus software.

She’s hoping someone will donate more operating software and a better anti-virus option.

Finding a neighbor who can also work on computers would be awesome, too.

Some families have computers for each child.

Others will attempt virtual learning on a shared cellphone.

Darla Purce is using @Nextdoor to ask for old computers. She fixes them for free for neighbors in need. #khou11 at 6pm. pic.twitter.com/wdYXTKnnak

“I have one family that I’m working with. They have five children and they were working on one very old, very slow desktop,” said Purce. Another family, “had three children doing all their online stuff on mom’s phone And I was able to deliver them a laptop and will hopefully be able to get them a second machine, soon.”

From the donated computers to Purce’s repairs, to the neighbors helped, “I would call you my digital diva,” said KHOU 11 Reporter Melissa Correa. “Oh! Well thank you!”