Any other funding collection sources are not authorized by the deputy's family or the Monroe County Sheriff’s Office. 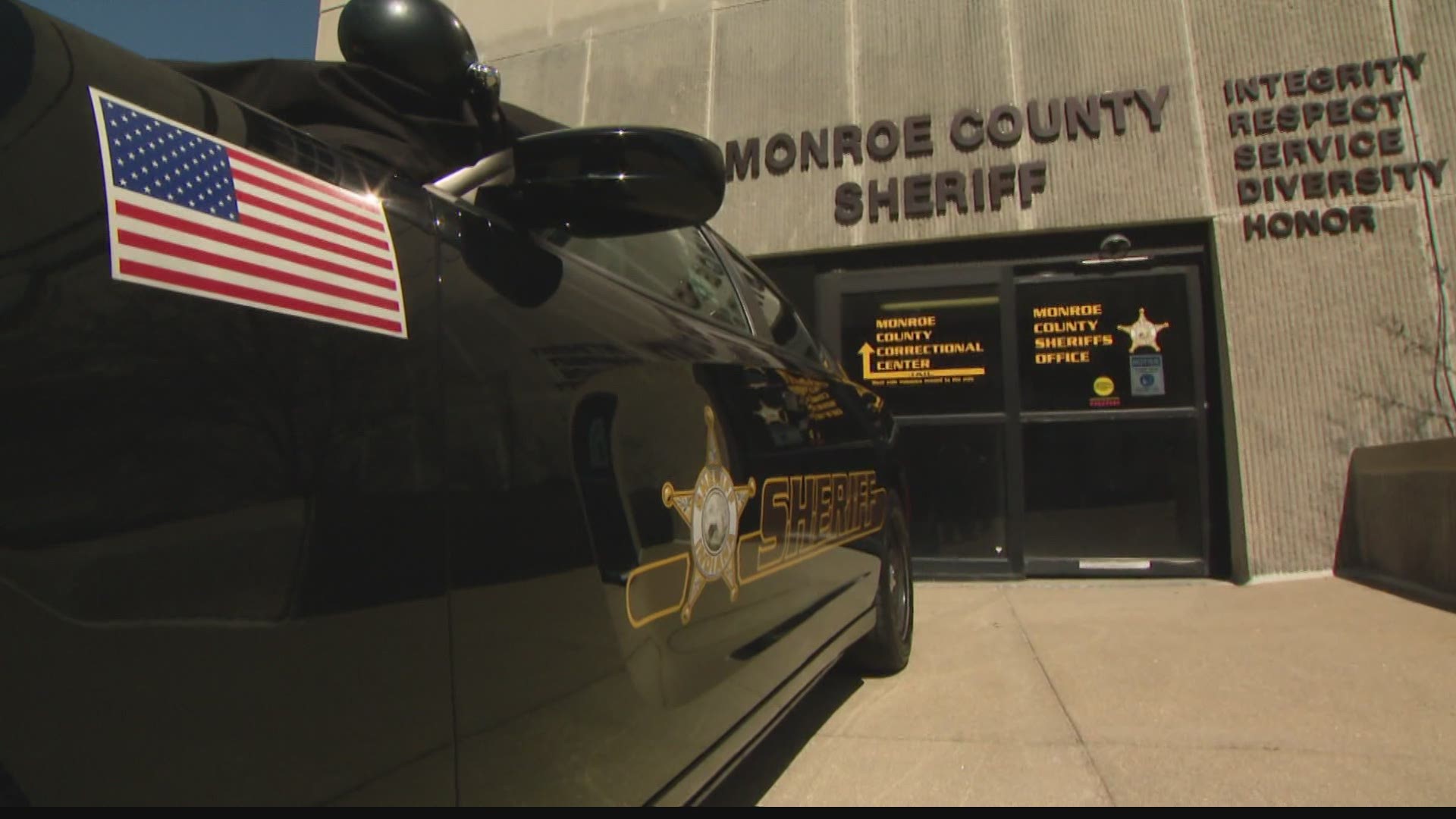 MONROE COUNTY, Ind. — The Monroe County Sheriff's Department is mourning the loss of one of their own.

(EDITOR'S NOTE: The above video is from a previous report on the crash that took Deputy James Driver's life.)

Outside the sheriff's office in Bloomington, a memorial is growing for the 38-year-old officer. That's where flowers now adorn a patrol car, draped in black.

Friends, colleagues and ordinary citizens are saluting his service and ultimate sacrifice.

"He represented us in such a great light," said Monroe County Sheriff Brad Swain. "It's certainly created a void that is going to be hard to fill."

Swain said in the department's 200-year history, they've lost three deputies in the line of duty, all in the last 20 years.

He's survived by his wife Anna, a 4-year-old daughter and two teenage stepchildren.

Driver died in the line of duty Monday afternoon, following a crash on State Road 45.

He was responding to another accident, with his emergency lights and sirens on, when state police say a GMC truck and trailer, driven by 22-year-old Christopher A. Derr of Monticello, Illinois, lost control and collided with his cruiser.

After the impact, the deputy's patrol car rolled off the roadway, and he was ejected from the vehicle even though he had been wearing his seatbelt.

Derr was not injured in the crash. Results of a voluntary blood draw are pending.

"Everybody is hurting. James was very well liked," Swain said. "We recently signed a contract with a mental health provider for all the staff just last week, and we never anticipated that we would need those services so quickly. Those who were at the scene yesterday are having a hard time as well."

Protecting people was a conscious choice for Driver. Reserve deputies don't get paid, so he essentially volunteered to put his life on the line for others.

"He just had a great servant's heart," Swain said. "You know, when you're a reserve deputy or volunteer firefighter, it's the uniform and the job you do. It doesn't matter if you don't get paid. The risks don't change. He stayed with us during one of the most challenging times in American law enforcement and was still proud to do the job and wear the uniform."

A native of the United Kingdom, he moved to Monroe County and was working to become a U.S. citizen.

Swain said the public learned of Driver's background, his warm personality and his dedication to duty as soon as he spoke.

"People always enjoyed seeing someone in an American sheriff's deputy uniform with a British accent. Certainly, one of the next things for me to do is find a British flag to have," Swain said through tears, "to honor his home country."

Driver will have a funeral in Spencer with full police honors, recognizing a fallen hero's end of watch.

"That's up and to including having his name in Washington and Indianapolis," Swain said.

Funeral arrangements are still being planned.

Meanwhile, an account has been established through the Indiana Fallen Heroes Foundation to help Driver's family. It is the only authorized fund for donations.

Donations can be made by the following methods:

In person at any branch of:

Any other funding collection sources are not authorized by Driver's family or the Monroe County Sheriff’s Office.