A deputy's tragic death prompted another officer to take action to better equip others to respond during a crisis. 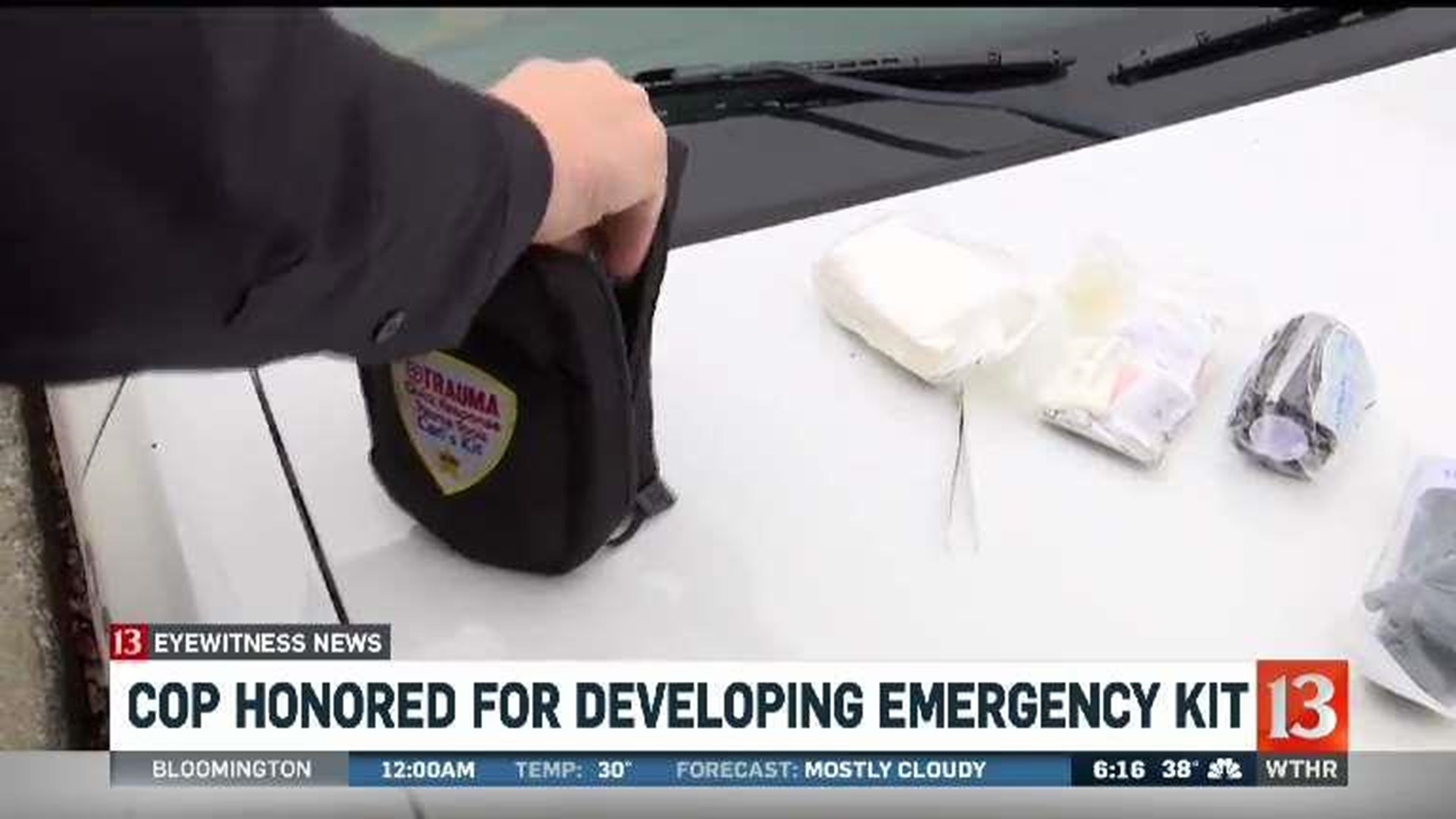 KOKOMO, Ind. (WTHR) - It's been two years since Howard County Deputy Carl Koontz was killed in the line duty.

His tragic death prompted another officer to take action to better equip others to respond during a crisis.

His initiative is spreading statewide and earning him a big honor this weekend at the Colts game.

"Kokomo is a great place to live. It's a great community," said Kokomo Police Sgt. Bruce Rood. He has served as a police officer in his hometown for 23 years.

On Sunday, The Colts honor Sgt. Rood for his community service. He is an Anthem Angel, a program honoring everyday heroes during a timeout and in the game program.

"Humbled, honestly," Rood said. "A little bit embarrassed because the whole design of this was not about me. It wasn't about any individual person. It was about a fallen officer here in our community and the sacrifices his family has made for us."

Sgt. Rood knew Howard County Sheriff's Deputy Carl Koontz from the time he was just a boy. When Koontz was killed in the line of duty in March 2016, fellow deputies applied tourniquets that kept him alive for final goodbyes with his family.

"Just knowing what those deputies did that day to prolong Carl's life long enough for his family to have that last moment of closure made it all worthwhile," Rood said.

With support from Indiana Homeland Security, over 1,800 law enforcement officers in nine counties have already been trained to use the kits. Four civilian lives have been saved by officers using Carl's Kits.

"One life is worth it. If we can save one life it's all the more important reason to do this," said Rood.