FBI: Officer shot and killed at federal building in Terre Haute was ambushed

"This is the third Terre Haute police officer that has been killed in the line of duty in a very violent way in the last 10 years." 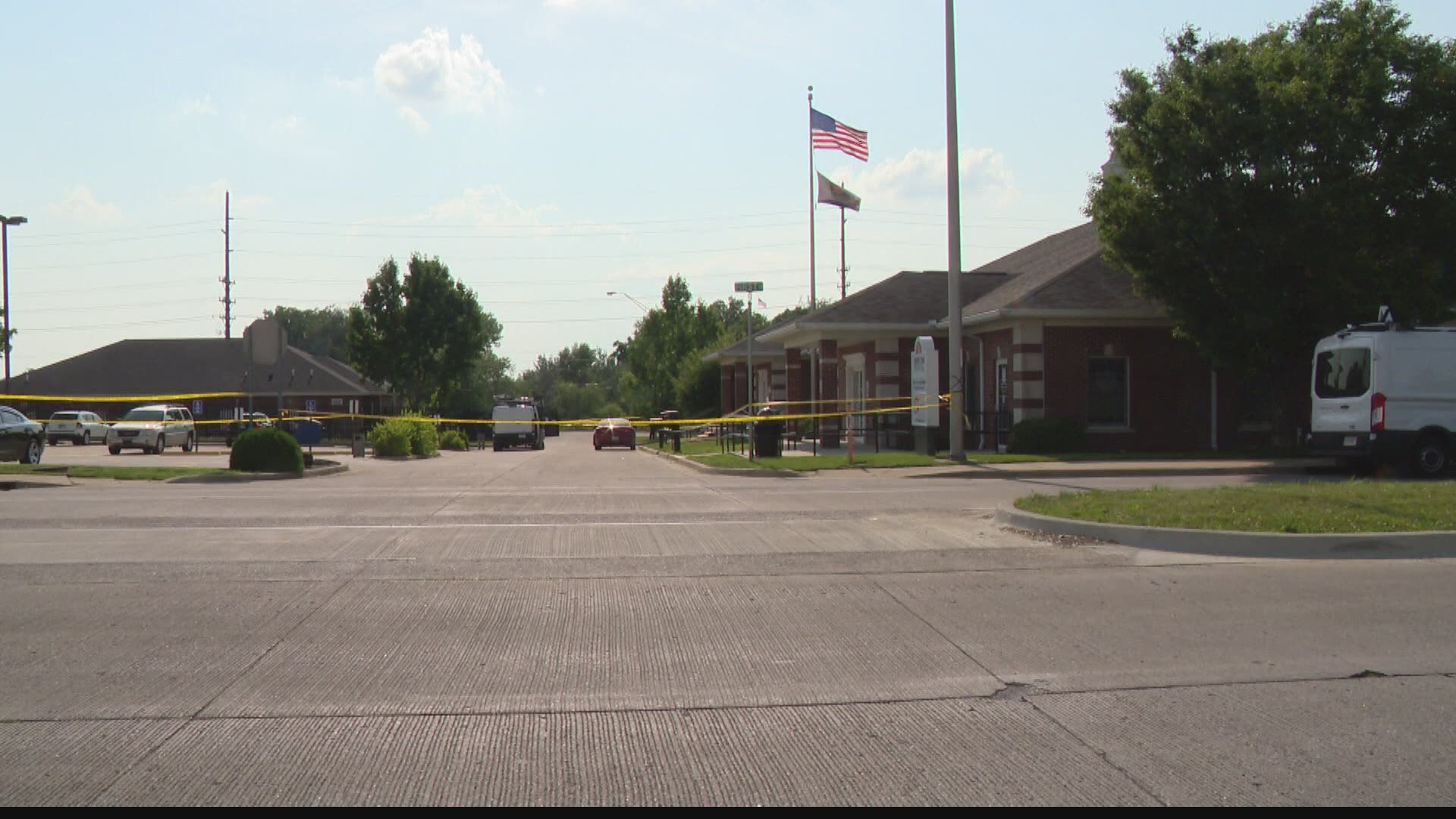 TERRE HAUTE, Ind. — UPDATE: According to court documents, Shane Meehan, 44, is charged with the murder of a federal agent. If convicted, Meehan faces up to life in prison. Click here to read more.

An officer who was shot at a federal building in Terre Haute Wednesday has died and a suspect has been taken into custody, according to local authorities.

The FBI said the officer was ambushed.

On Wednesday night, Indiana State Police Superintendent Douglas G. Carter released the name of the Terre Haute police officer and said while he couldn't offer many details about the shooting, he could offer information on who Greg Ferency was and how much he'll be missed.

Carter described Ferency as a good man who served the department for 30 years. Detective Ferency was also assigned to a FBI task force on behalf of the Terre Haute Police Department.

"It's not a good time to be a police officer in America, but this is an example of someone who would die for a person who hates who they are," Carter said.

"Today, at approximately 2:15 p.m., FBI Task Force Officer Greg Ferency was ambushed and fatally shot at the FBI Indianapolis Resident Agency in Terre Haute. TFO Ferency was a 30-year veteran of the Terre Haute Police Department and had been a federal task force officer since 2010. We want to extend our deepest sympathy to TFO Ferency’s family, friends and fellow officers. An FBI agent shot and wounded the suspect who is currently in custody receiving medical attention at a local hospital. The FBI takes all shooting incidents involving our agents or task force members seriously. In accordance with FBI policy, the shooting incident is under investigation by the FBI’s Inspection Division. The review process is thorough and objective and is conducted as expeditiously as possible under the circumstances.”

"The tragic events that unfolded today are senseless. Our heart breaks for Detective Greg Ferency's family, loved ones and those who served with him every day protecting the residents of the Wabash Valley. Janet and I are thinking of the Terre Haute Police Department, the community and Detective Ferency's family as I know they will be steadfast in honoring his life, service and dedication to the residents of Vigo County.”

Indiana Lt. Governor Suzanne Crouch also issued a statement sharing her thoughts and prayers with the family and highlighting Detective Ferency's service to his community.

"I want to send my heartfelt prayers to Terre Haute and Hoosier law enforcement across Indiana, after learning of the violent and careless assault on Terre Haute Police Detective Greg Ferency. Attacks on the brave men and women who answer the call to be our heroes and protect our citizens and state will not be tolerated.

Detective Ferency was an honorable servant, who kept drugs off our streets and partnered with federal authorities to defend Hoosiers and his community. I am keeping Ferency's family and those who worked side by side with him during his 30 years of service in my thoughts as we come together to honor his commitment to making Indiana a safer place."

Community members came out to watch as police cars drove through the town with their lights flashing in honor of the fallen officer.

Ferency was shot by a suspect at around 2 p.m. outside a federal office building behind the Vigo County Courthouse, according to 13News' local newspaper partner the Tribune-Star.

"We have unfortunately had an officer shot in the line of duty. Our officer has passed away," Adamson said in a tweet Wednesday afternoon.

We have unfortunately had an officer shot in the line of duty. Our officer has passed away. We will release more information as the case allows.

And in Terre Haute, there have now been three officers killed over the last decade.

"This is the third Terre Haute police officer that has been killed in the line of duty in a very violent way in the last 10 years and, I think, four days. Rob Pitts was in May of 2018 and now here we are again today. I just don't understand. I don't know when this is going to stop," Carter said.

Adamson said the investigation into this most recent police killing is ongoing and very little information is being released.

“Information is minimal at this time,” Adamson said in a statement to 13News partner WTWO. “We’re still processing the scene. We’re still reaching out to family members. When we have more information we’ll update you all accordingly as the case allows.”

After the shooting, police were looking for a suspect in this case who was considered armed and dangerous.

The suspect was later taken into custody and then went into surgery at Terre Haute Regional Hospital. The suspect was reportedly driving a gold or silver Ford F-150 truck with rear-end damage.

Information about the suspect is still unclear, as is the motive.

Because Ferency was killed outside a federal building, the FBI is taking lead on the case.

The FBI and Terre Haute Police Department on Thursday will provide more information about the process of the investigation and about the suspect.

"But until that time, we really can't offer a whole lot more information to you other than to simply just say thank you for being here and standing with us during these very, very sad days," Carter said.

This is a developing story. Check back for updates as additional information becomes available.