Fire officials said approximately 70 people were displaced after two fires within six hours of each other at the Highland Pointe Apartments. 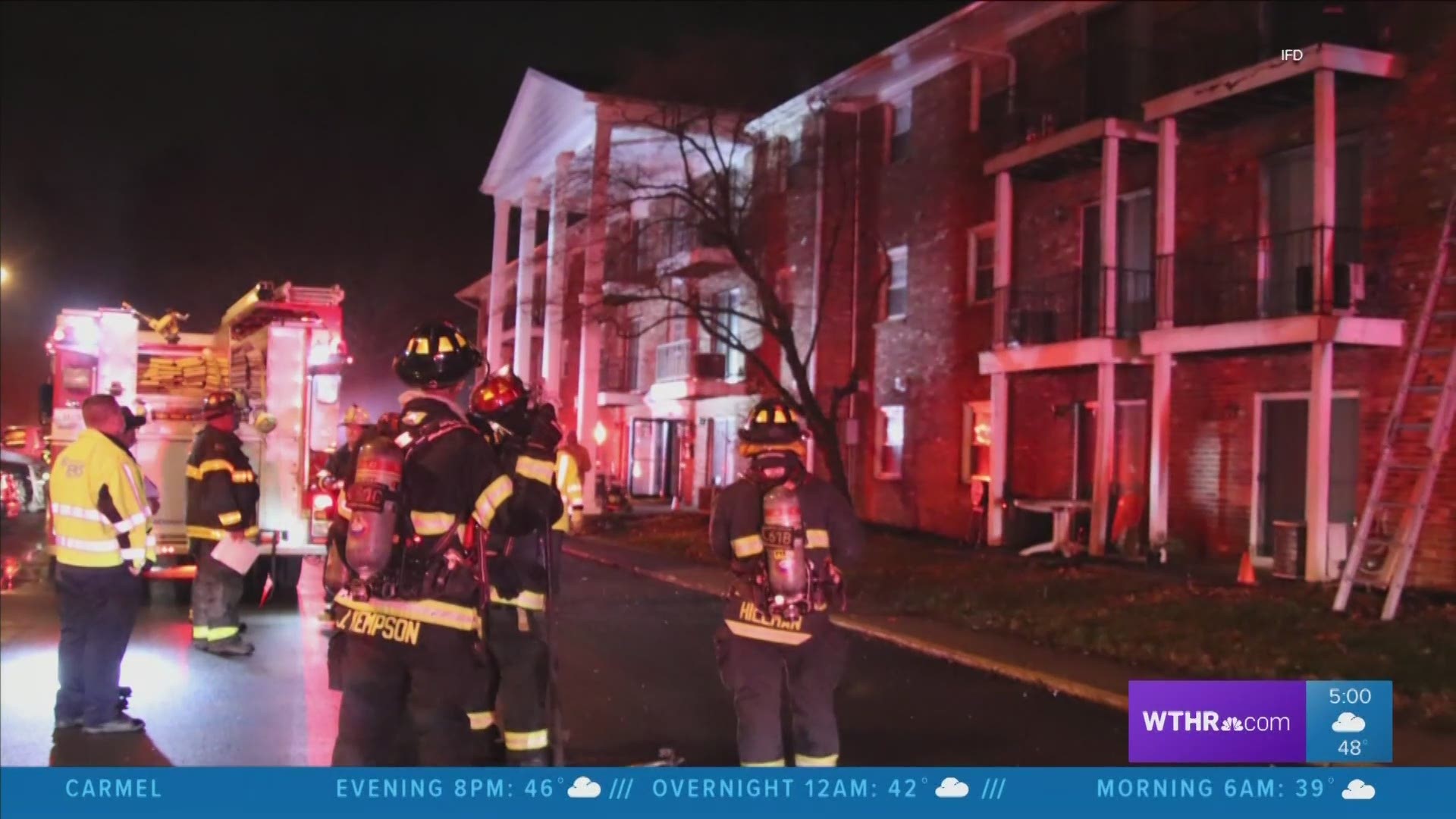 INDIANAPOLIS — Indianapolis firefighters responded to two fires on the city's northwest side at the same apartment complex within six hours of each other.

The first fire at Highland Pointe Apartments at the 5400 block of Michigan Road, near Kessler Boulevard, was reported just before 9 p.m. Wednesday. Firefighters were able to get the fire under control in an hour. An IFD spokesperson said there were no injuries, but approximately 45 people were displaced and 44 units were affected.

For the 2nd time in 6 hours, occupants of the Highland Pointe Apartments on N Michigan Rd were forced to evacuate after fire broke out in 2 separate buildings. No injuries & all occupants evacuated OK. Approximately 56 total units were affected with 70 occupants displaced. pic.twitter.com/FUSXWIsvdm

The second fire, at the same apartment complex, was reported just before 3 a.m. Thursday. Firefighters were able to get the second fire under control in 30 minutes. An IFD spokesperson said there were no injuries, but 24 people were displaced and 12 units were affected.

Residents spent Thanksgiving morning moving out temporarily because of the smoke damage and loss of power.

“It was little water damage in my apartment but I am cool with that. God is still in control. That's the way I look at it. I am thankful and I am grateful to be alive,” said Matilda Presswood.

Presswood said she and her daughter were prepping their Thanksgiving dinner when the first fire started outside their apartment.

"I heard a ‘pop-pow’ like somebody was shooting in the hallway and the lights started flickering,” Presswood said. “I told my daughter lets go."

She said she and her daughter will be spending thanksgiving with other family members.

“God is in control, so on Thanksgiving I am thankful,” Presswood said.

Investigators believe electrical issues are to blame for both fires.

IFD is working with with Red Cross Indianapolis and apartment management to find another place for the people to stay.

The Red Cross said it is providing support to more than 30 people and 20 families.

“Our volunteers stand ready to answer the call to assist those in need,” said Chad Priest, CEO of the American Red Cross–Indiana Region. “Even on Thanksgiving, volunteers are serving those families who have experienced a devastating event. We are thankful for their commitment to serve during the holiday.”

The Red Cross opened a shelter at a nearby hotel. Volunteers will provide feeding and mental and health services to families. All COVID protocols are being followed as part of the Red Cross response.

RELATED: IFD investigates arson in fire at vacant duplex on city's near west side