North side residents rally for changes to IndyGo's Red Line

A group of north side residents is hoping to change the course of IndyGo's Red Line. 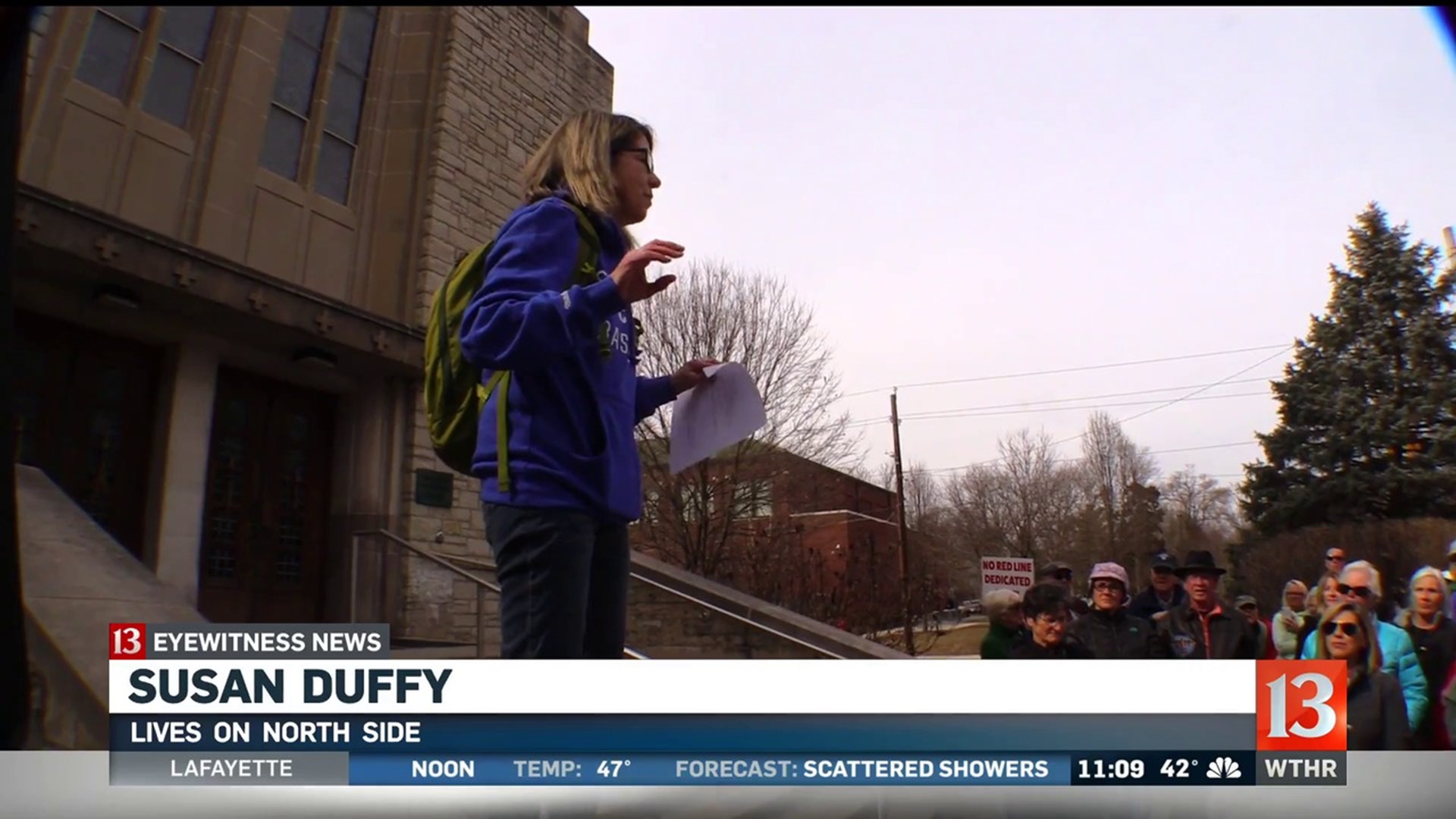 INDIANAPOLIS (WTHR) — A group of north side residents is hoping to change the course of IndyGo's Red Line. They held a rally Tuesday afternoon to express their concerns about the impact the Red Line could have on their neighborhood.

The Red Line is the new rapid transit bus service which will cover 13 miles, running from Broad Ripple through downtown to the University of Indianapolis.

Construction on the $96 million project began on the southern portion last spring and along North Meridian Street last summer. Work is now getting underway on North College Avenue between 67th and 38th streets.

The 60-70 people who held a rally at the corner of 57th and Central held signs that said, "Safety is not an option." They said they're not against the Red Line. They're against the "dedicated" bus lanes.

Plans call for turning one of the lanes along College Avenue into a "bus-only" lane. Those at the rally said "bus-only" lanes will increase congestion and, per an IndyGo study, push thousands of cars onto nearby residential streets as drivers look to avoid College Avenue.

Jennifer McCormick, a mother of an elementary student who attends a school on Central Avenue said, "the Red Line isn't even done yet and we've seen a huge increase in traffic and those cutting through and they're not invested in this neighborhood. They don't drive like their children live here."

"This is not about stopping the Red Line...It's about demanding safety of our kids, ourselves and the whole neighborhood and we feel IndyGo hasn't been truthful about this," Susan Duffy said.

Monday night, more than 100 supporters gathered at Twenty Tap at 54th and College to say they're behind the Red Line and want it to proceed as planned.

Taylor Hughes, who works for the Indy Chamber and lives in the area, said, "I think the expansion of transit is going to be huge for people in the community. It's going to get people to jobs and jobs to people and also get people downtown and other places and cultural events around the city."

Bryan Luellen with IndyGo said a traffic study showed that after the Red Line is up and running, College could "potentially lose 25 percent of those cars (using it) to alternative routes, but the majority of cars in our study were shown to use Keystone."

He said while they do expect some "additional diversion through the neighborhoods, particularly through construction," that IndyGo was "committed to safety," and has been coordinating with the Department of Public Works and public safety entities to make sure all concerns are addressed.

Duffy and the others aren't giving up. They have been circulating petitions asking that the dedicated bus lane be removed from the College Avenue segment and plan on delivering the signatures to the mayor later this week.